How do I find a controller for non-minimum phase systems?

The only option would be $c=0$, but for any other value your system will be unstable. To see this you can use the Nyquist stability criterion. Namely since $L(s)$ is constant it can't make any encirclements around the minus one point, therefore the same number of unstable poles in $L(s)$ will also be present in the closed loop system.

I think I got an answer to my own question.

A good choice is to have this:

I will then introduce you to this correction transfer function:

Now to an example!

Let's say that we have a transfer function of a LTI system: 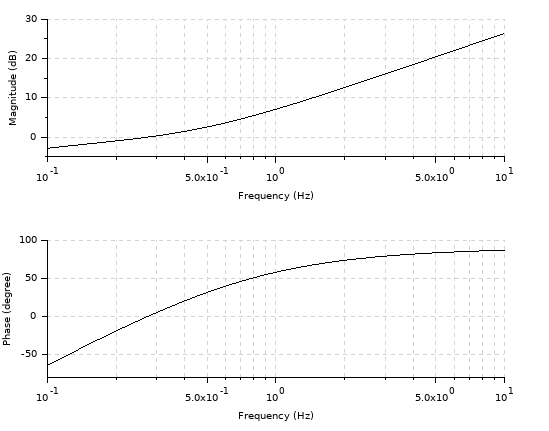 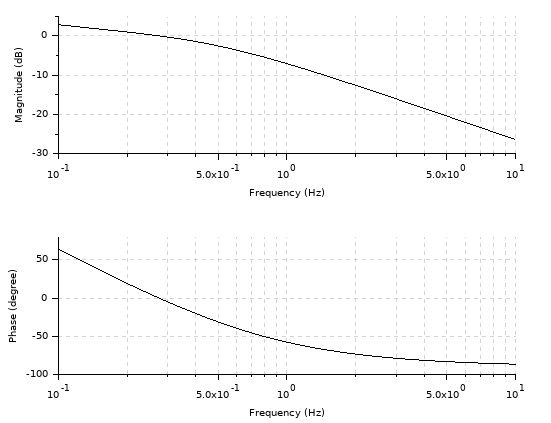 My working frequency is very low, because I want to deal with self tuning controllers, that means I will set say that

Now we need to select $\tau$. Then we using the bandwidth formula:

Simulating $G^*(s)$ will show us the blue line: 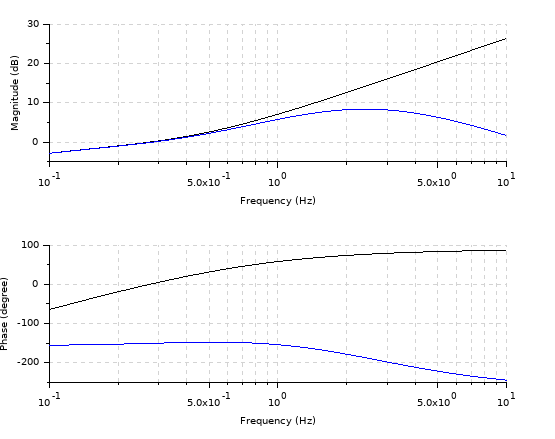 Now it's time for bode plotting 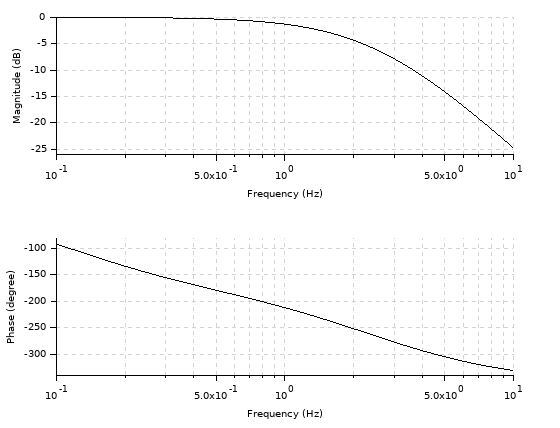 If you don't want to compute to much, you can set:

if you dealing with a second order non-minimum phase system.

The result will be:

Not the answer you're looking for? Browse other questions tagged laplace-transform control-theory optimal-control linear-control or ask your own question.

1
Black's formula and feedback system stability
0
Output/State Feedback and Loop-Shaping
3
Bode plot of the open loop given the state space - SIMO
0
Design a controller to stabilize plant $\frac{1}{s-\alpha}$, but no zeros in closed loop.
0
How do I tune an IMC(Internal Model Control) - controller?
1
How do I find robustness in MIMO transfer function? Iterative Learning Control
3
Should a linear controller be internally stable?