This is a question from Brilliant.org

I checked other posts which were similar to my question such as, How to maximize the area of a triangle, given two sides?. However, they followed the same method I did

I am interested in why a right-angled triangle would not maximise the area in this case and what is wrong with my logic?

Your confusion stems from the fact that the area is maximized at $\theta=90$, if you keep the side lengths $BC,AC$ fixed. However in this problem $BC,AC$ can vary in length.

As mentioned in a comment, the best way to realize where is the error is to consider the similar problem where $AB=9$ is given and fixed, and where $AC:BC=1$. Then in this case the triangle is isosceles, and we have the option to choose its height as big as we want. The bigger this heigth $h$, (the smaller the angle in $C$, and) the bigger the area. There is no limit for the area, we can let $h$ tend to infinity, the area goes to infinity!

As seen also in this example, in the given situation the sides $a=BC$, $b=AC$ and the angle in $C$ variate together in a "complicated way", and contribute more or less to the area. A maximum for $\sin \hat C$ does not lead to a maximal area, since the sides $a,b$, and the height $h$ are dramatically constrained to be "small".

Now let us also give a simple solution to the "brilliant" problem.

First of all, let us consider the following example of a triangle satisfying the given conditions, the one with sides $9,40,41$. Yes, it has a right angle, but not there where i supposed first that the question supposed it to be... In a (bad) picture: 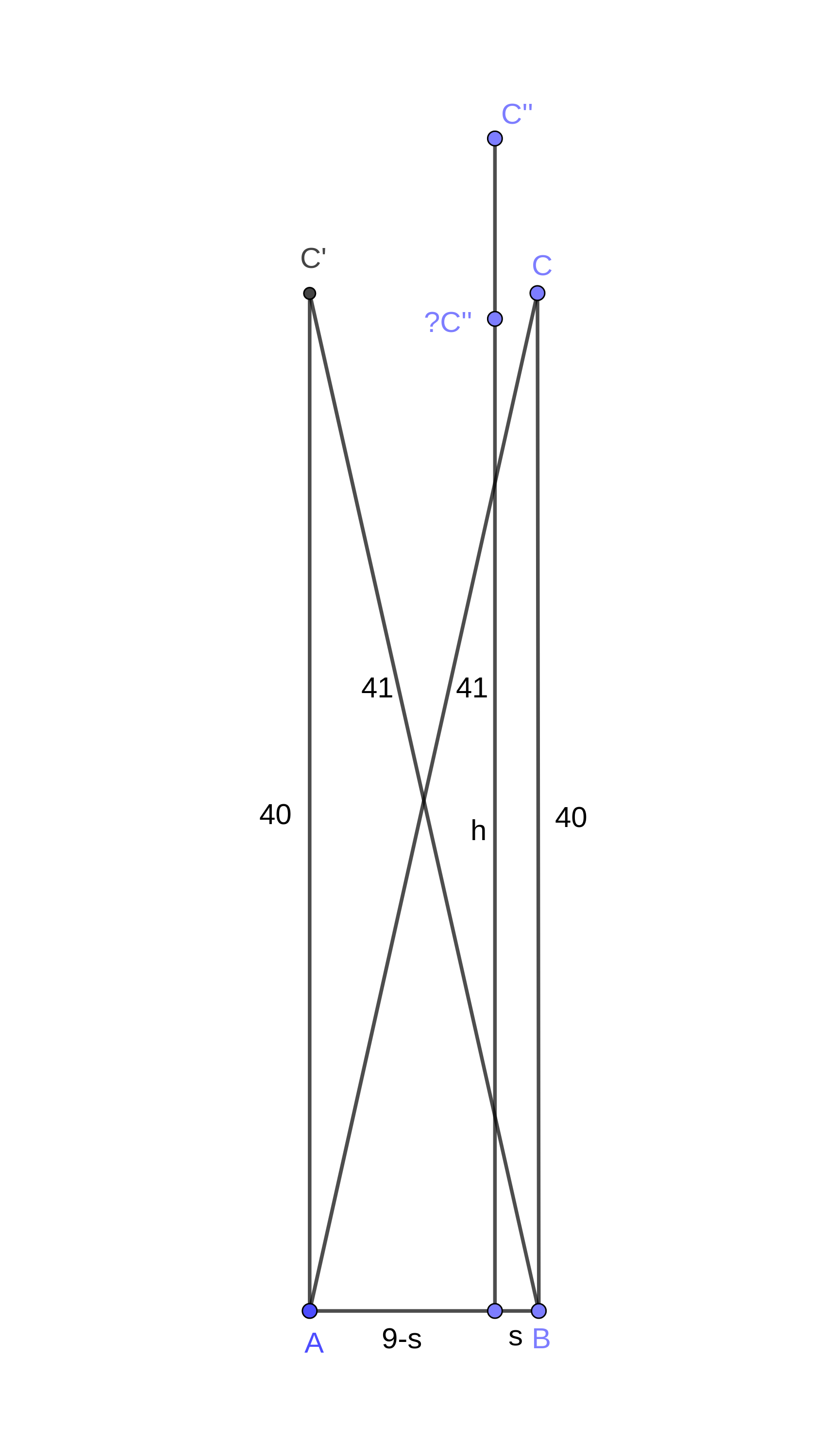 (Sorry, i cannot get it smaller. But maybe it is psychologically good so.)

And the sought maximum can be found at

Not the answer you're looking for? Browse other questions tagged triangles ratio or ask your own question.

16
How to maximize the area of a triangle, given two sides?

2
Related rates: Find dA/dt of triangle, given d(theta)/dt — Can't come to textbook answer
2
Area of Triangle
1
How to find an angle of a non-right angle triangle when given two sides and an area?
0
How to find the area of a triangle with two equations?
0
Calculating area of triangle
1
Triangle: Find area given 2 side lengths and that two medians are perpendicular
0
Find possible areas of triangle given radius of circumscribed circle
0
Finding the area of a triangle with sides $25$, $39$, $56$, using right triangles
1
Triangle problem, $AC=3$ , $AB=5$ ,…, then $PH=?$
0
Find the area of the triangle $ABC$ right angled at $C$ for the given data.