A conjecture related to Viviani's theorem, 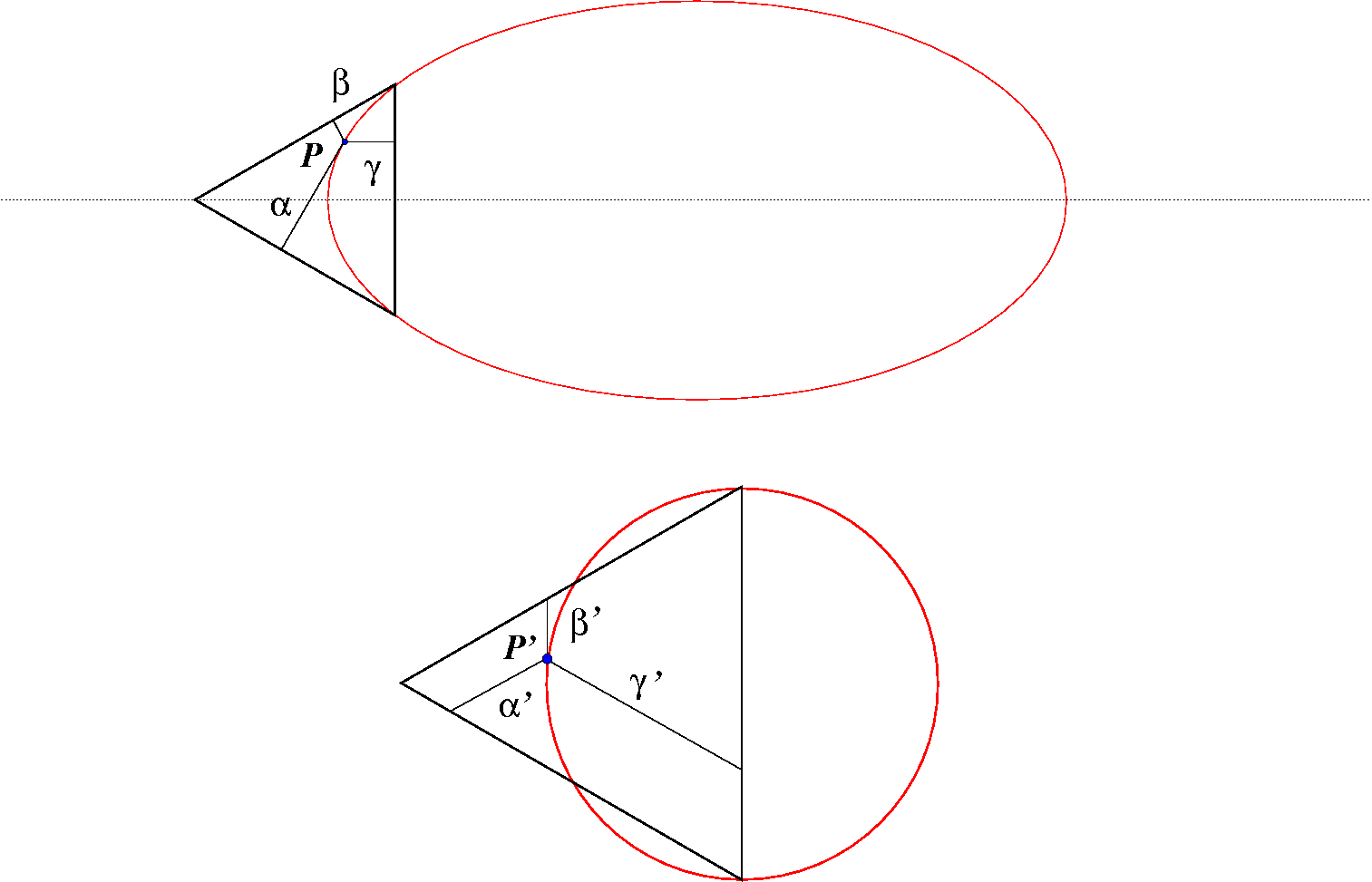 it was suggested (thanks to user Aretino) that, in the top picture (where the triangle is equilateral and the ellipse pass through two vertex of the triangle and tangent there to two sides), $P$ belongs to the arc of ellipse if $\gamma^2=2\alpha\beta$. Here, $\alpha,\beta,\gamma$ are the segments whose lengths are the distances of $P$ from each side.

My first question is:

How can I prove this?

The second question is related to the second picture:

The most general issue is:

Is there any relationship between the two scenarios? 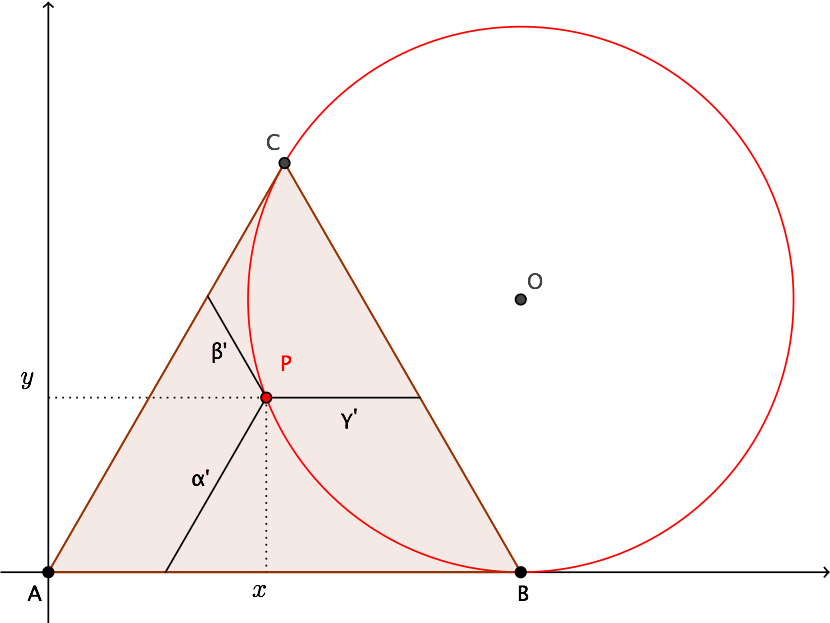 8
Maximize the area of the inscribed triangle
10
Eritrea's Theorem
46
What is the name of this theorem of Jakob Steiner's, and why is it true?
3
A question about a right triangle contained in an equilateral triangle
2
Locus of a vertex of a triangle inside an equilateral one, under an integer constraint
1
A basic relation intrinsic to any (non-isosceles) triangle
5
Prove: Viviani’s theorem
5
Six points on an ellipse: generalizing Conway's Circle Theorem