Describe, with proof, Aut$(\mathbb{Z})$ under addition.

"An endomorphism that is also an isomorphism is called an automorphism. . . . The subset of all automorphisms has the structure of a group under composition. We denote that by Aut$(G)$."

Intuitively (and with proof), I understood why Aut$(G)$ has the structure of a group under composition, and to strengthen my concept of homomorphisms in general, I tried to find the complete subset of all automorphisms of simple groups that I've already worked with many times. The first one I tried to find is Aut$(\mathbb{Z})$ under addition.

The only two homomorphisms I could come up with are 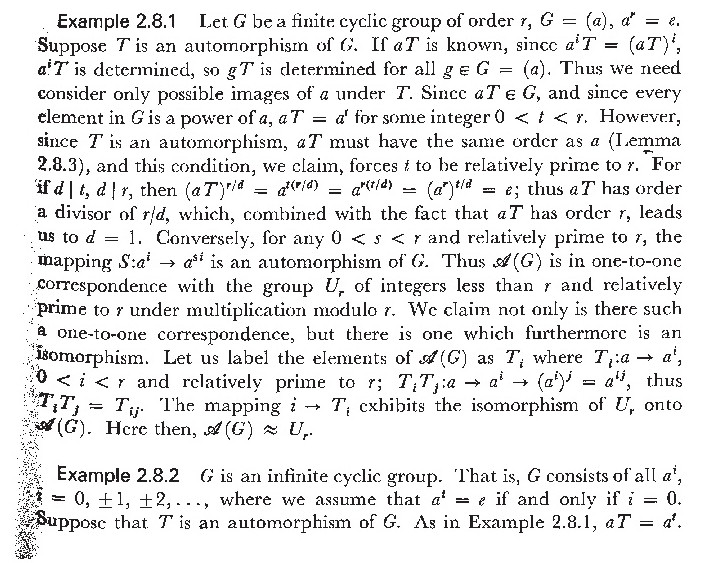 (Continued in the next page, which is shown below)

Not the answer you're looking for? Browse other questions tagged abstract-algebra automorphism-group or ask your own question.