A geometry problem with the reflection of the incenter

Consider $\triangle ABC$ and its incenter $I$. Let $M$ be the midpoint of arc $BC$ (not containing $A$) and $P$ be the second intersection point of the circumcircle of $\triangle ABC$ and the circle with center $I$ and radius $IA$. Prove that if $I'$ is the reflection of $I$ with respect to $BC$, then $I', P, M$ are collinear (lie on the same line).

Please help, I am lost, I don't have any idea! Thanks a lot in advance! Anyway, this problem is based on a problem connected to the reflection of the incenter, which appeared in Mathematical Excalibur.

For help, here is a figure: 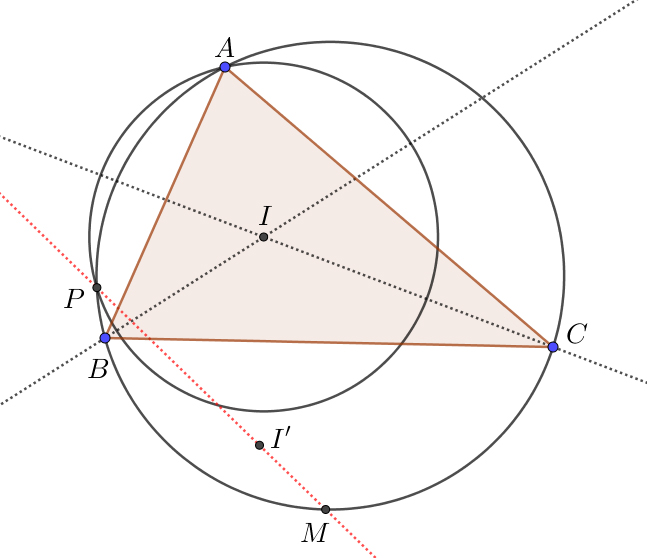 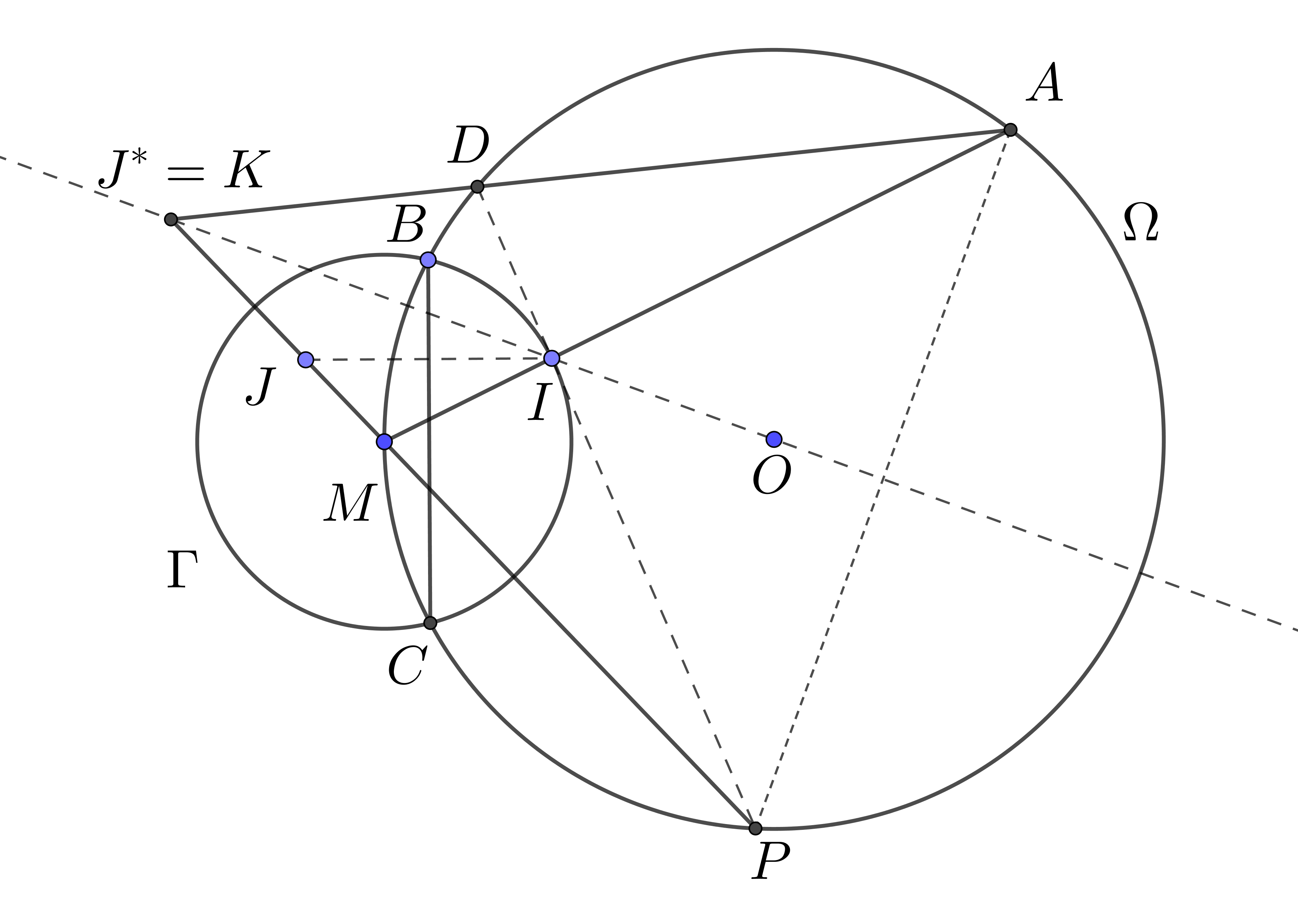 @Alex Zhao's proof is incorrect, but I think I've managed to make the idea work. As in the original, this is just a big angle chase. 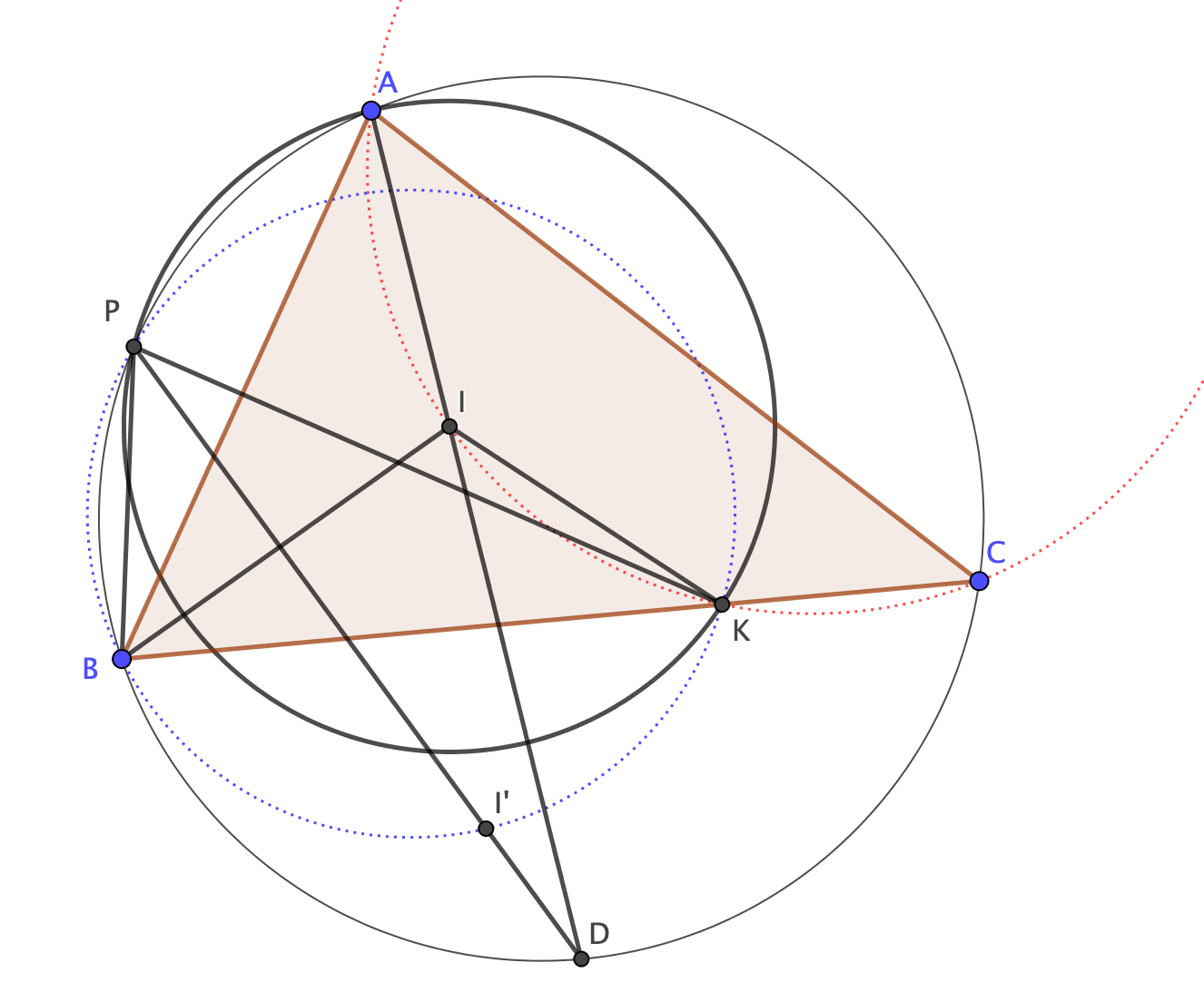 After a suggestion by @brainjam I found an offical solution: 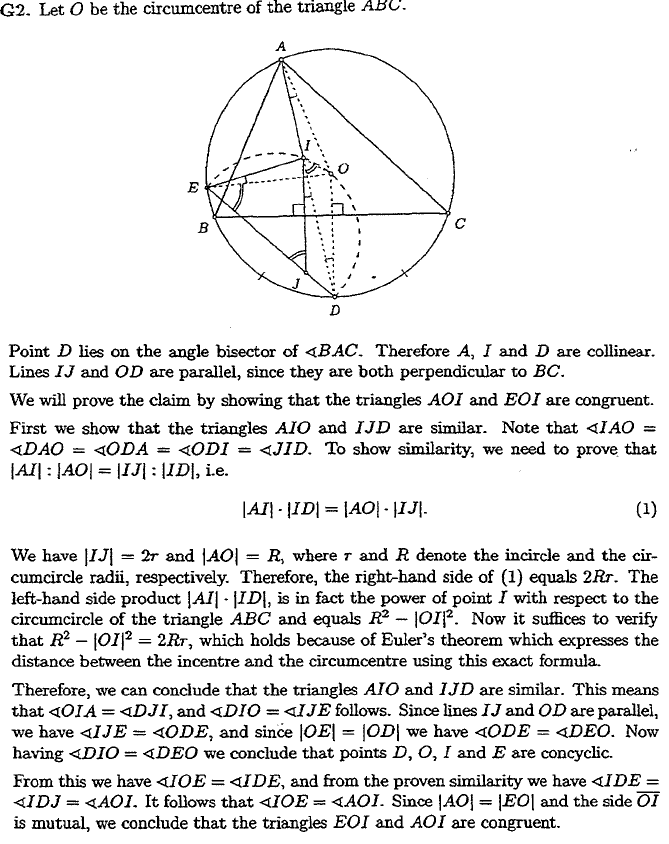 This was posted initial and it is not a solution, just partial result if someone find it usefull.

Not the answer you're looking for? Browse other questions tagged geometry contest-math euclidean-geometry reflection geometric-transformation or ask your own question.