Two planes, $P_1$ and $P_2$ intersect in a line. I am interested in the angle $\alpha$ between them as measured from a third mutually intersecting plane $P_{int}$.

Now suppose $v$ is fixed and I rotate $P_{int}$ by an angle $\beta$ (with the vertical) to make it oblique. Then the angle measured between two intersecting lines on $P_{int}$ will be different from the actual dihedral angle.

My question is how can I relate the two angles $\alpha$ and $\beta$? Thanks. 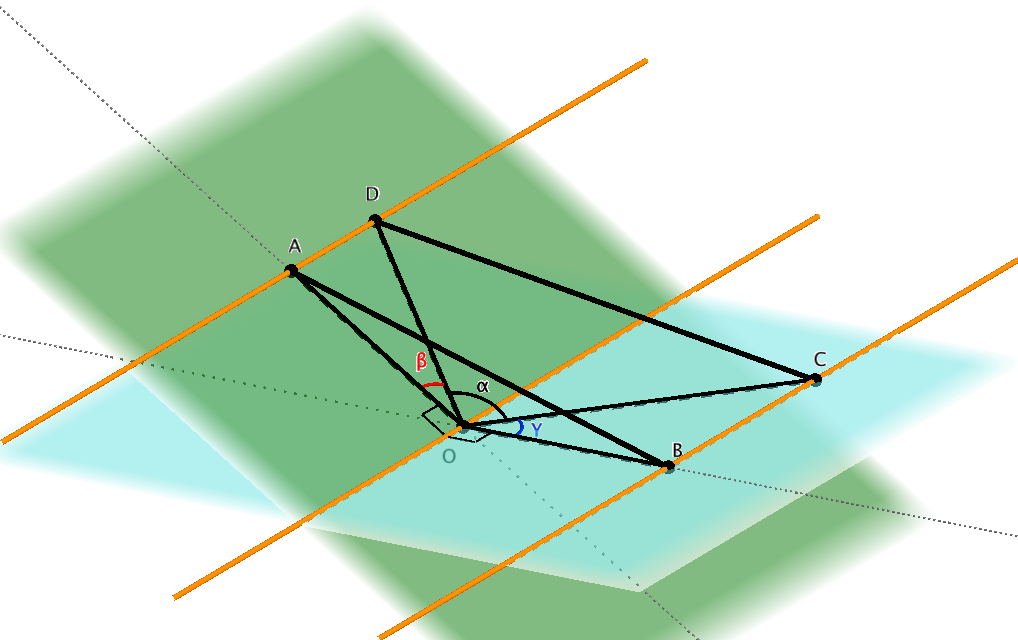