Making a regular tetrahedron out of concrete

I'm trying to make the following tetrahedron made of concrete just for fun: 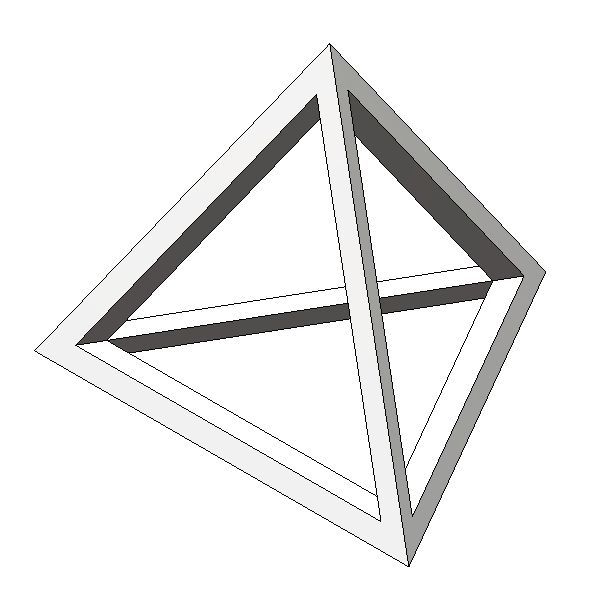 Each edge is a beam with a triangular cross section. I imagine the easiest way is to make 6 identical truncated triangular prisms and glue them. Identical because I would need to make only one mold.

The problem I'm having is figuring out the angles to make the mold. Currently I have the following equilateral triangle prism I made just for testing: 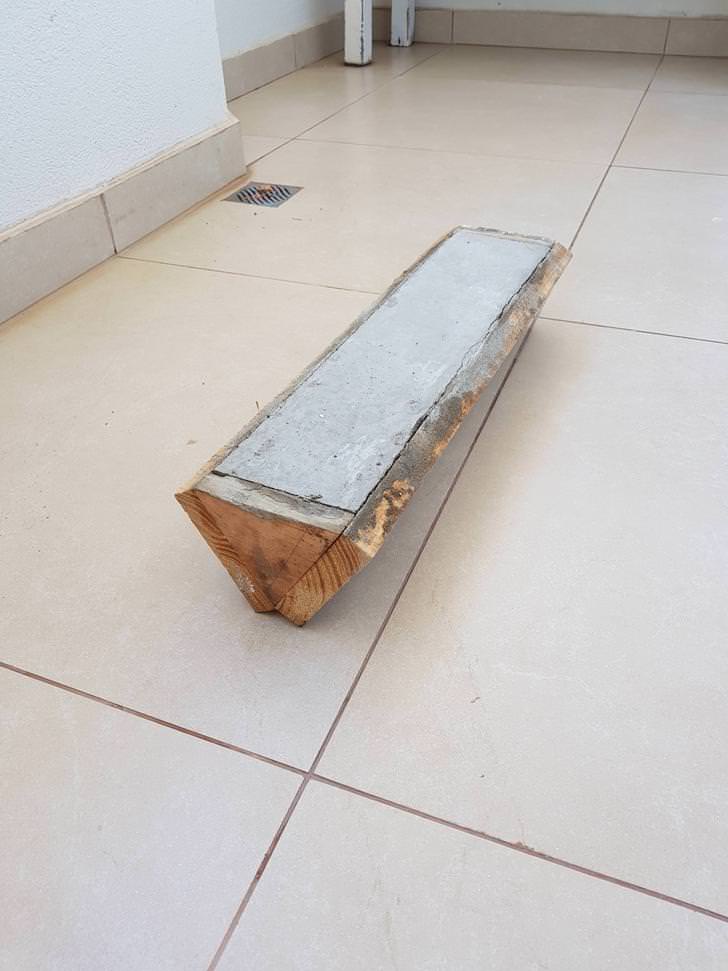 Equilateral because it could be rotated to whatever edge it would be placed, but I tried recreating it on Autocad and the pieces wouldn't fit together.

What I want is to find out what are the angles I need at the end of each prism and build a wooden piece to put into the mold to make the final piece.

It is convenient to place the image of the tetrahedron with vertices at every other vertex of a cube. I am imagining the cube of side 10 units, whatever they might be.

I made jpegs of these, if it lets me load them... you can print them out, cut out around the outline, make folds where needed, then use some tape to place the two figures together. Hmmmm. The paper is won't stay flat, very hard to tape together. Better to glue these to some thin cardboard, then cut out those pieces, then put together. Still, I can tell already from the paper version that i got it right. 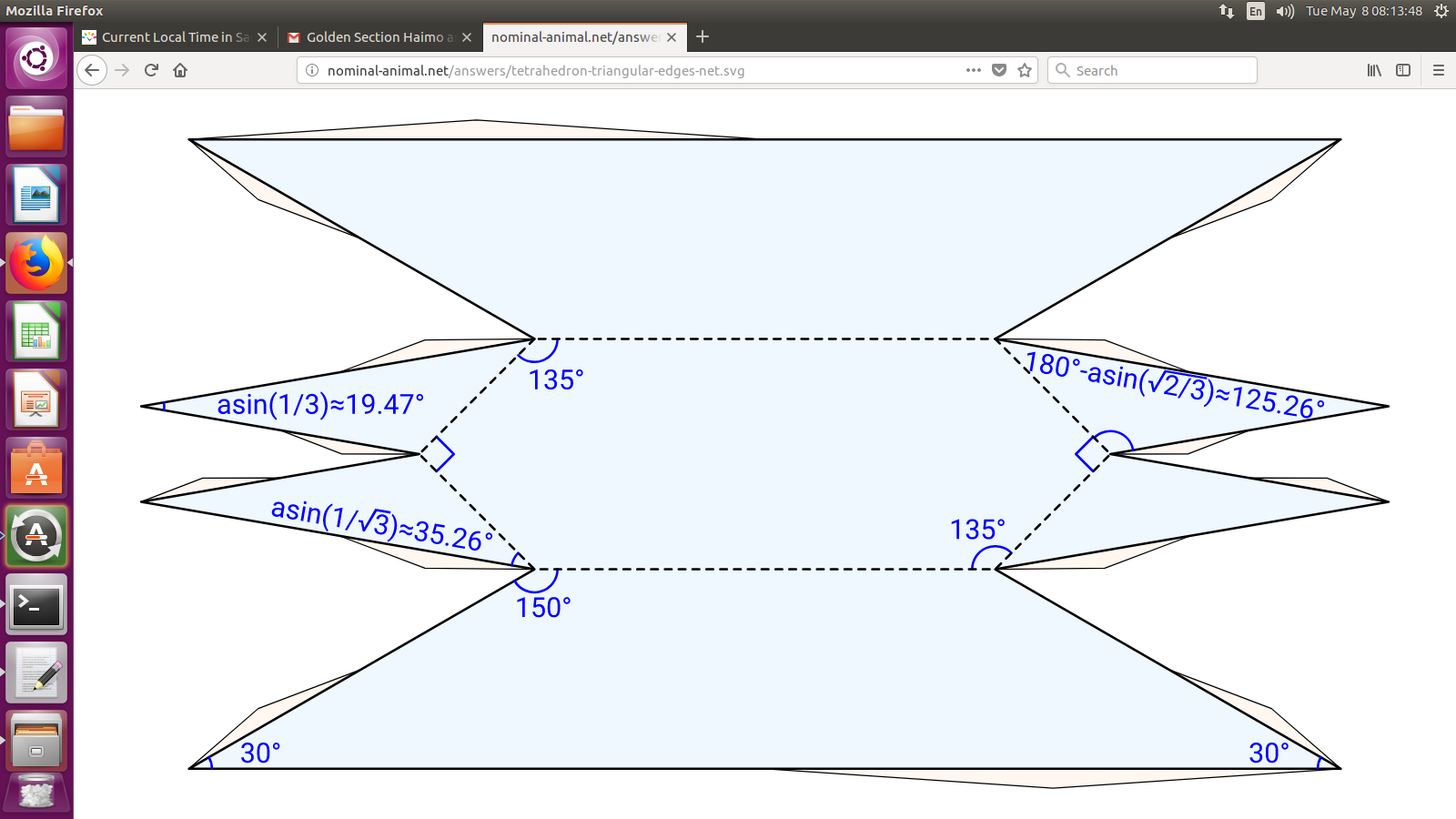 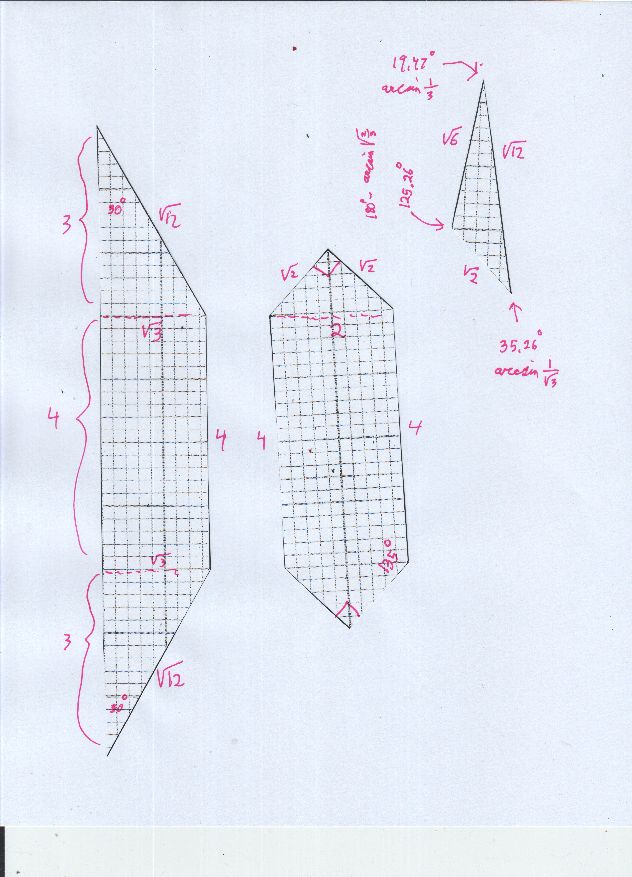 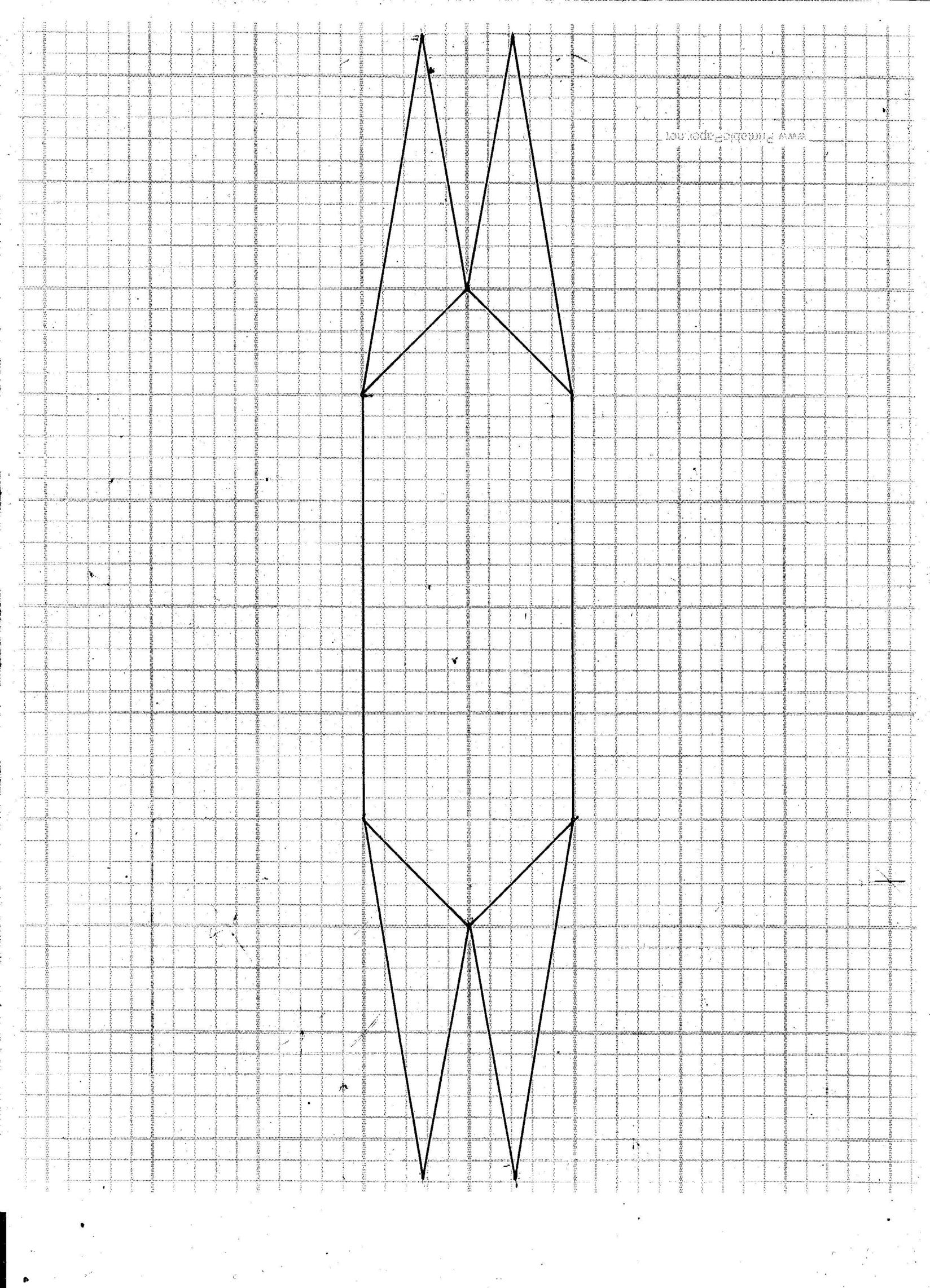 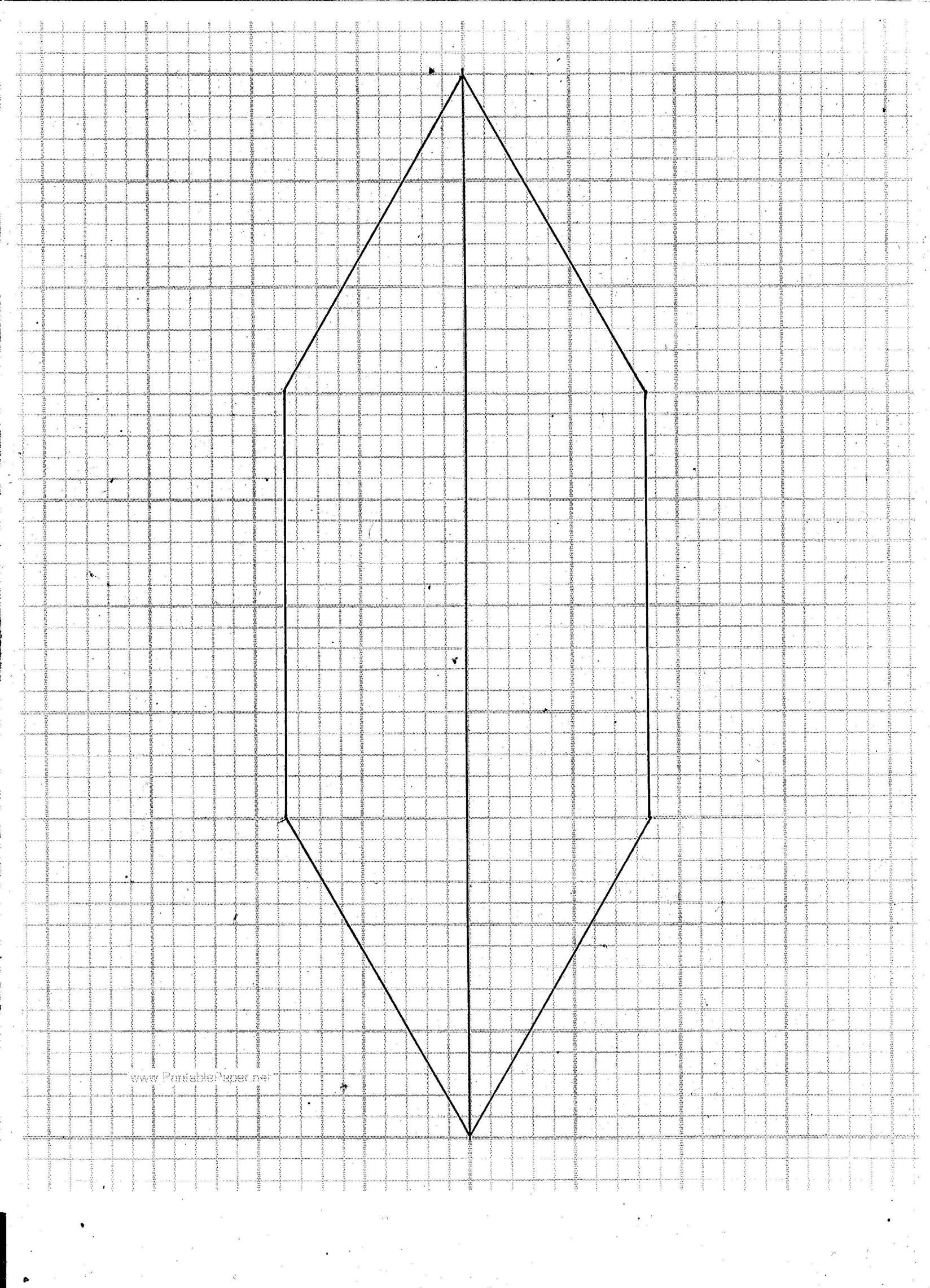 Alright, did with cardboard, then lightly scored some of the lines for folding, rather than cutting into all separate pieces. Came out well. I do have a digital camera, so you can get some idea. 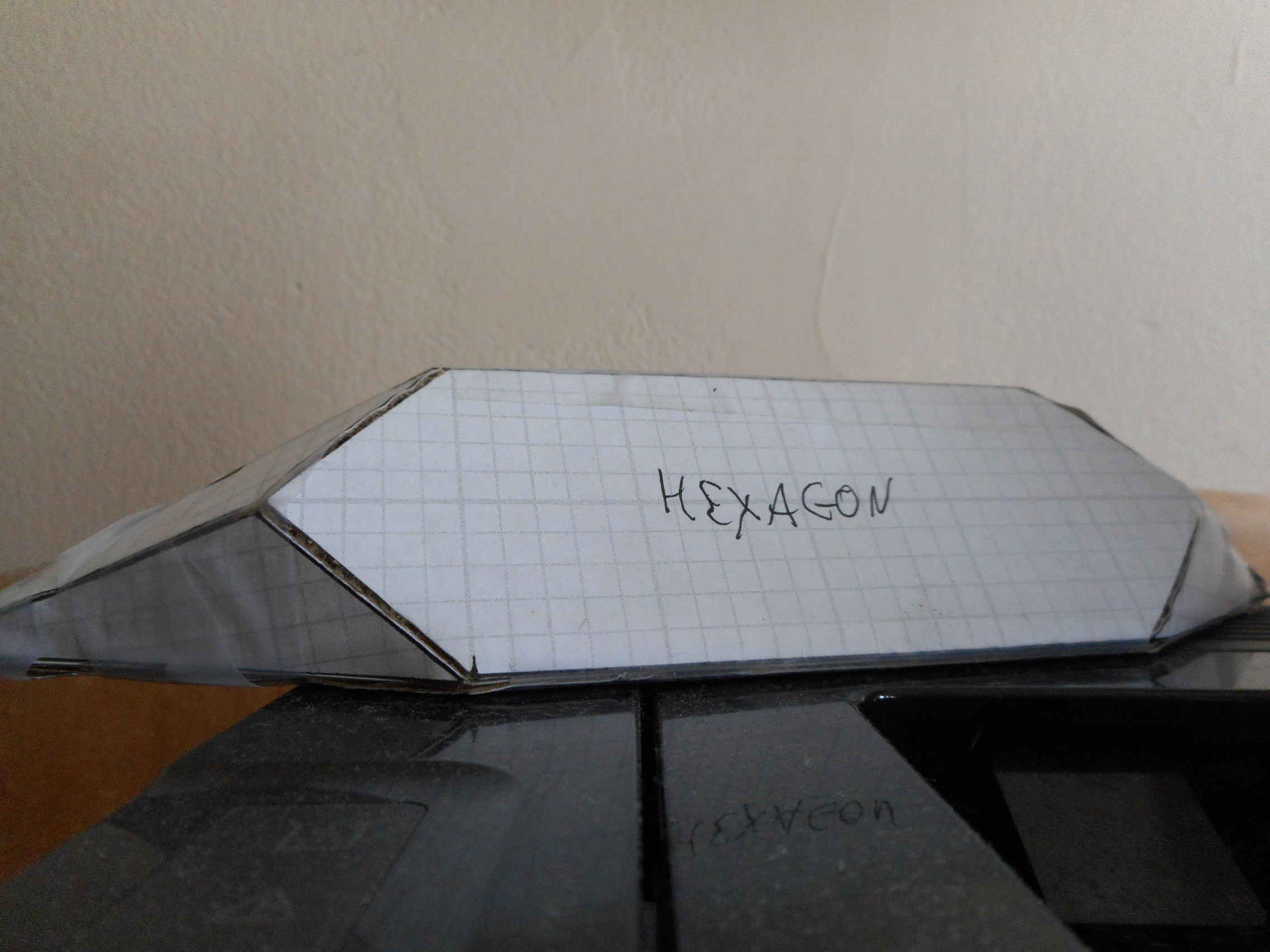 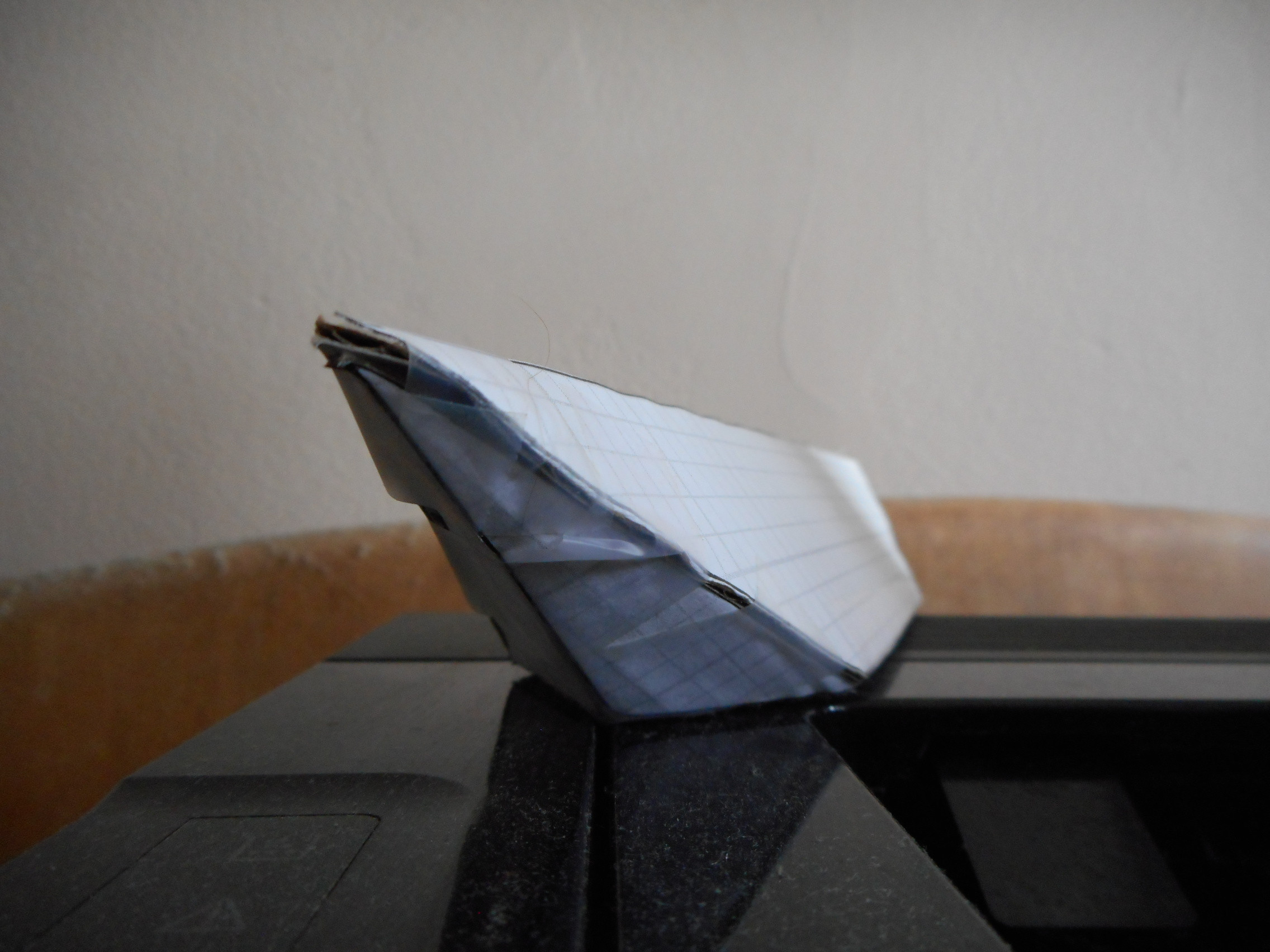 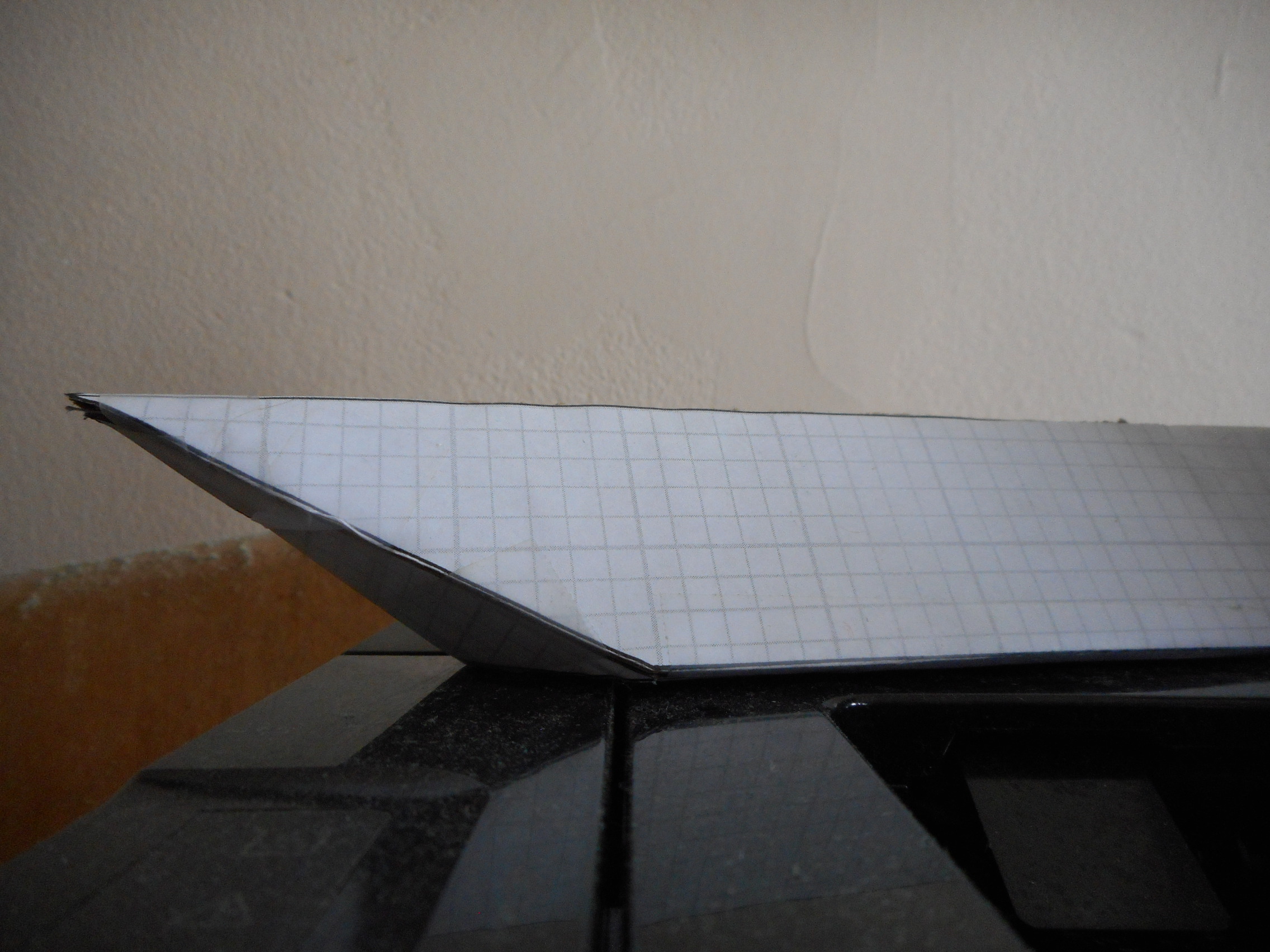 Someday in the far future, cryptoarchaeologists will happen upon this site, see that I tried to convince the OP that he ought to build his shape in something easy first, as it has seven sides, and they will say, "It was good"

With your help I was able to make a 3D model. Here are the results for a tetrahedron inside a cube of side 10 and height of the triangular cross section = 2.

First slicing the planes through the solid. 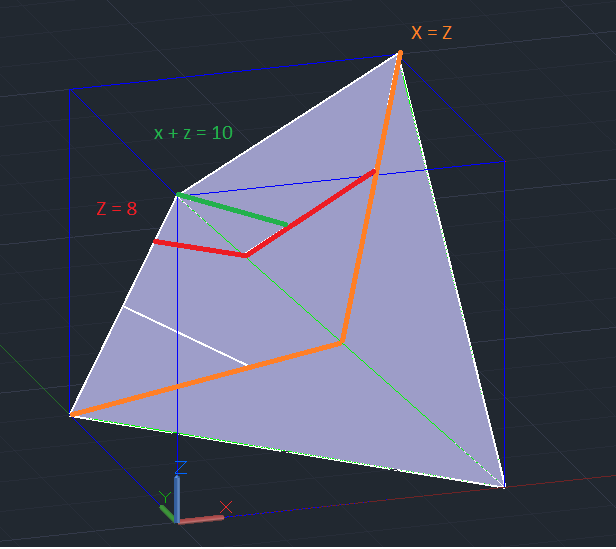 The final piece is this 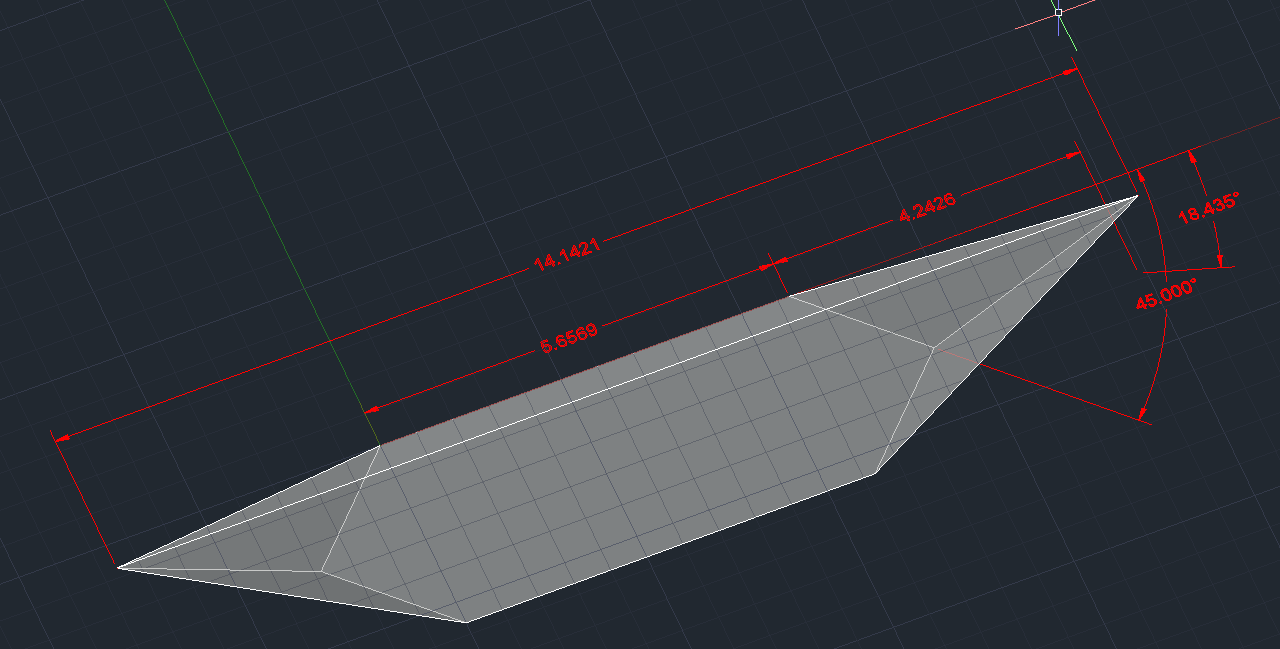 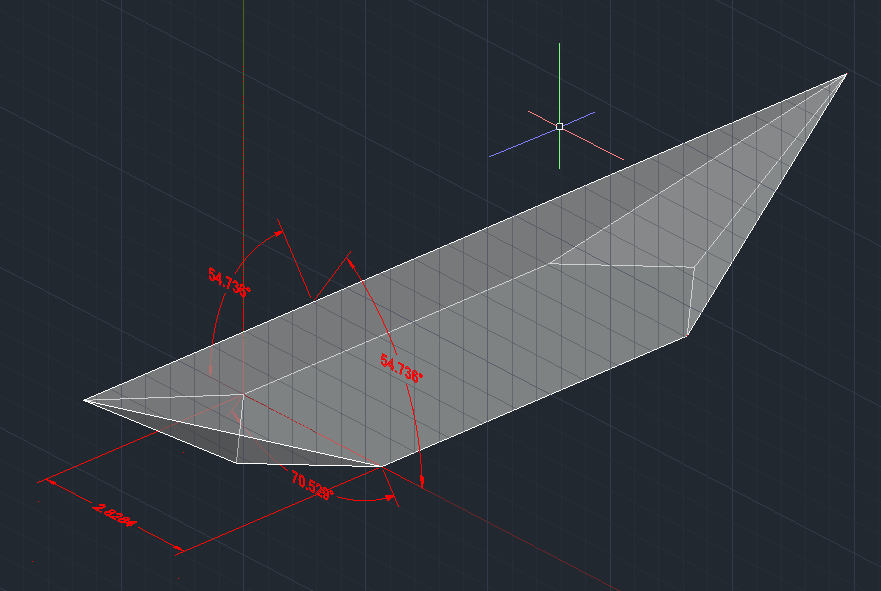 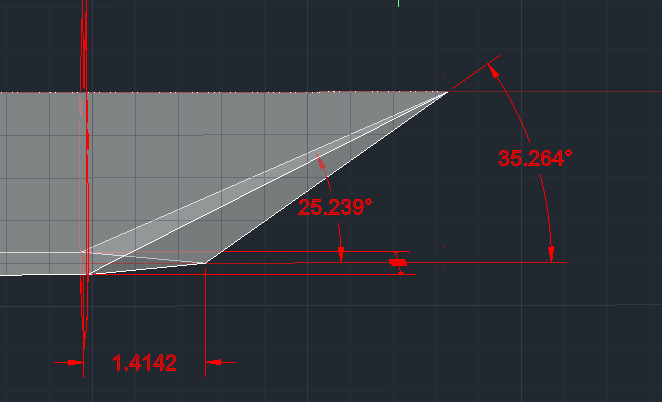 Now subtracted the piece from a triangular prism. 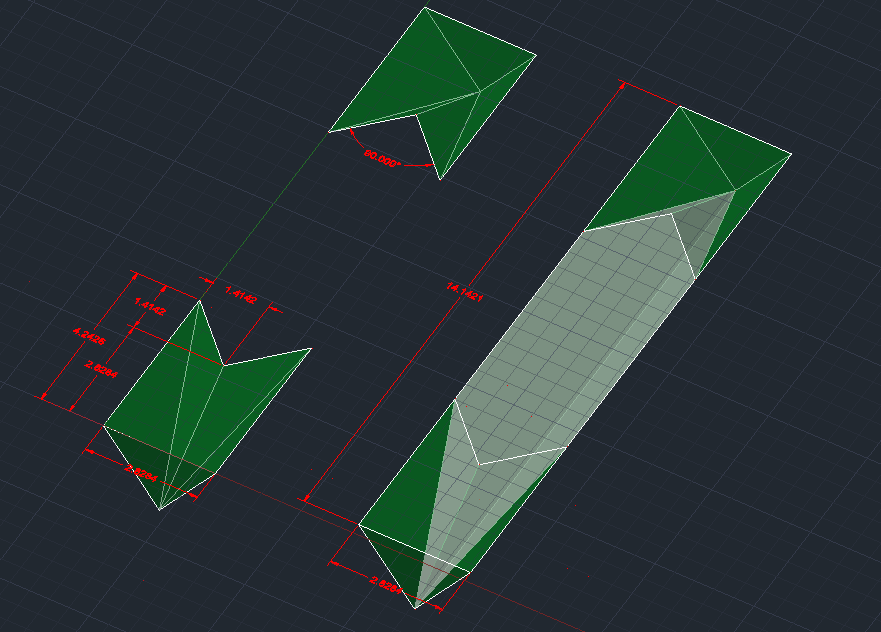 Not the answer you're looking for? Browse other questions tagged geometry 3d angle solid-geometry platonic-solids or ask your own question.

4
How would I obtain the square root of this multinomial?