Potential flow around a torus - Laplace equation in toroidal coordinates

Before I went on with the solution, I had a suspicion, that this is not solvable analytically (in a sense that the result will be some known function like sin, cos, exp, ...). However, I still think it is expressible by some kind of spherical harmonics, or legendre polynomials, hypergeometric functions...

Skip to the end if tl;dr.

Now this assumes that $c > r$, which is not necessarily true outside of the torus (I require $R$ to be less than $c$, that is non-intersecting torus), and it cannot be true very far from the torus. I realized I have a problem imagining what particular limiting values in each coordinate means in cartesian coordinates and how should I enforce each boundary condition. Note that $a$ and $\nu$ become complex when $c < r$. Is this reasonable?

At this point, I can't get any further. The main reason is that I'm missing interpretation between cartesian and toroidal coordinates, namely, how do I describe points that are far from the torus? If I could do that, I would enforce the solution $\Phi$ to be equal asymptotically to $z$ in that limit. Also, I can't exactly point to some value of $\nu$ and say "this corresponds to the torus surface", let alone work out the proper equation for Neumann BC.

How can I proceed further with this? Is my effort worth anything? Thank you.

It is obvious that the larger $\kappa$ is, the more (numerical) effort is needed to calculate field to a desired precision. 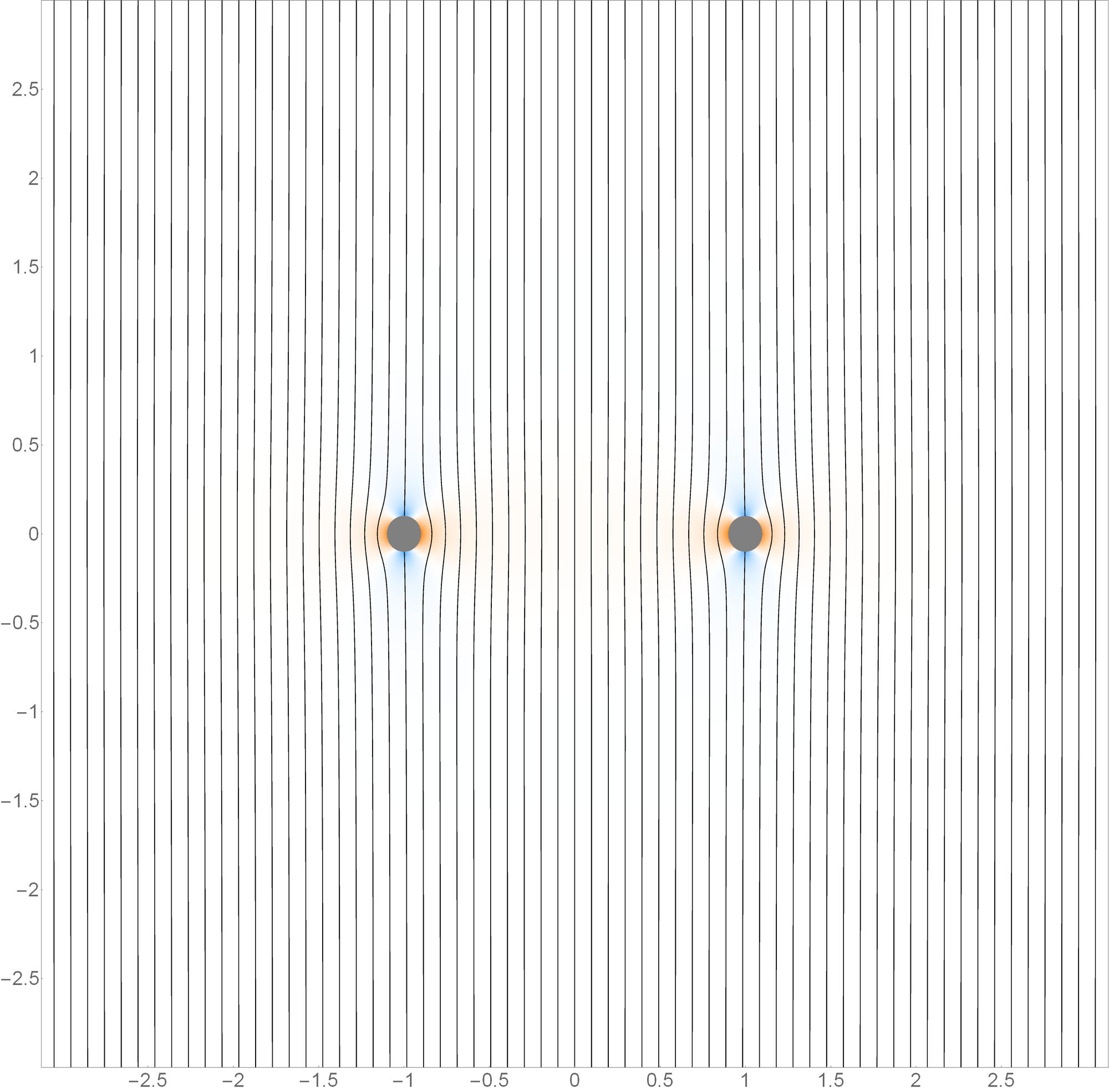 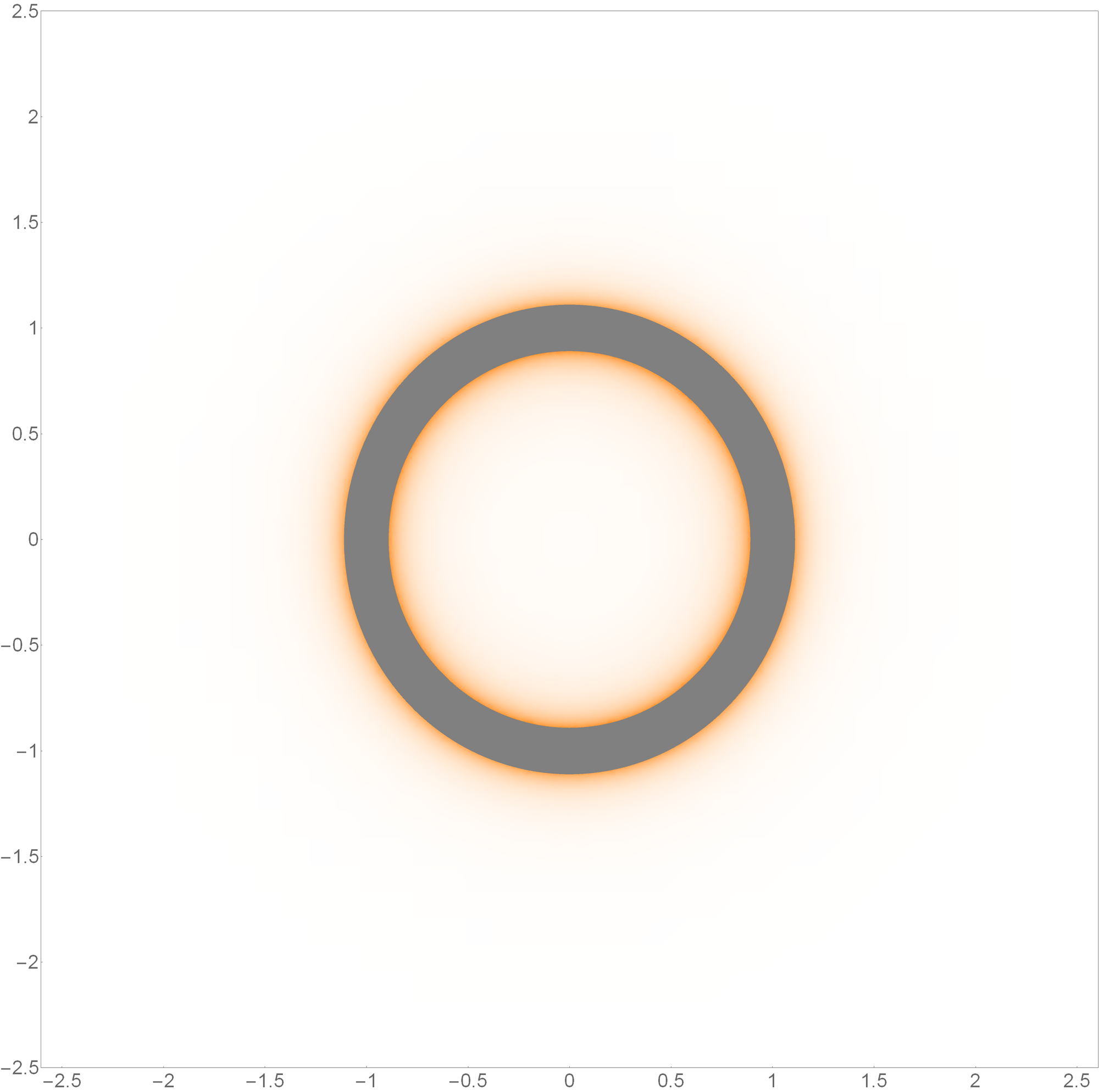 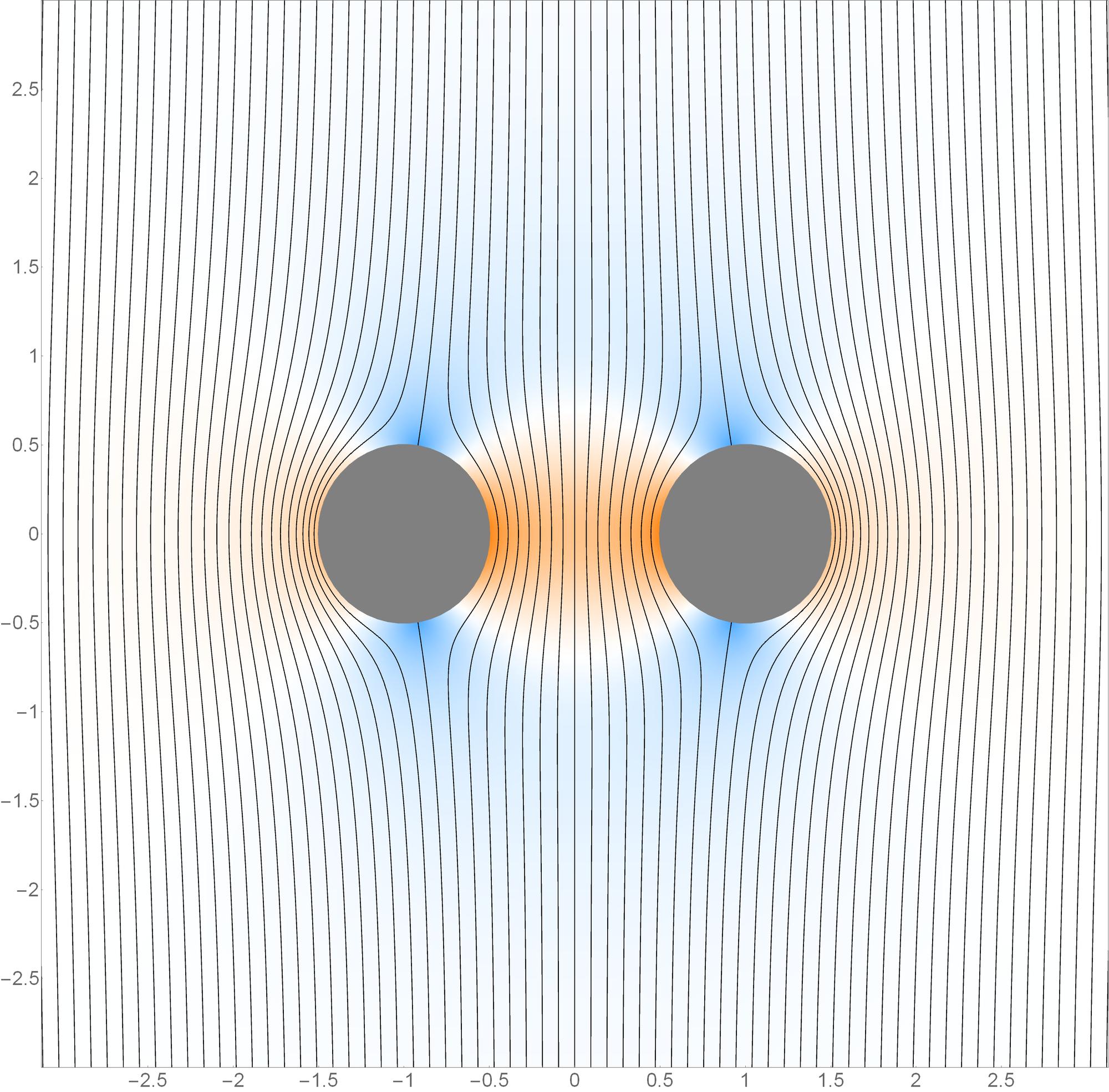 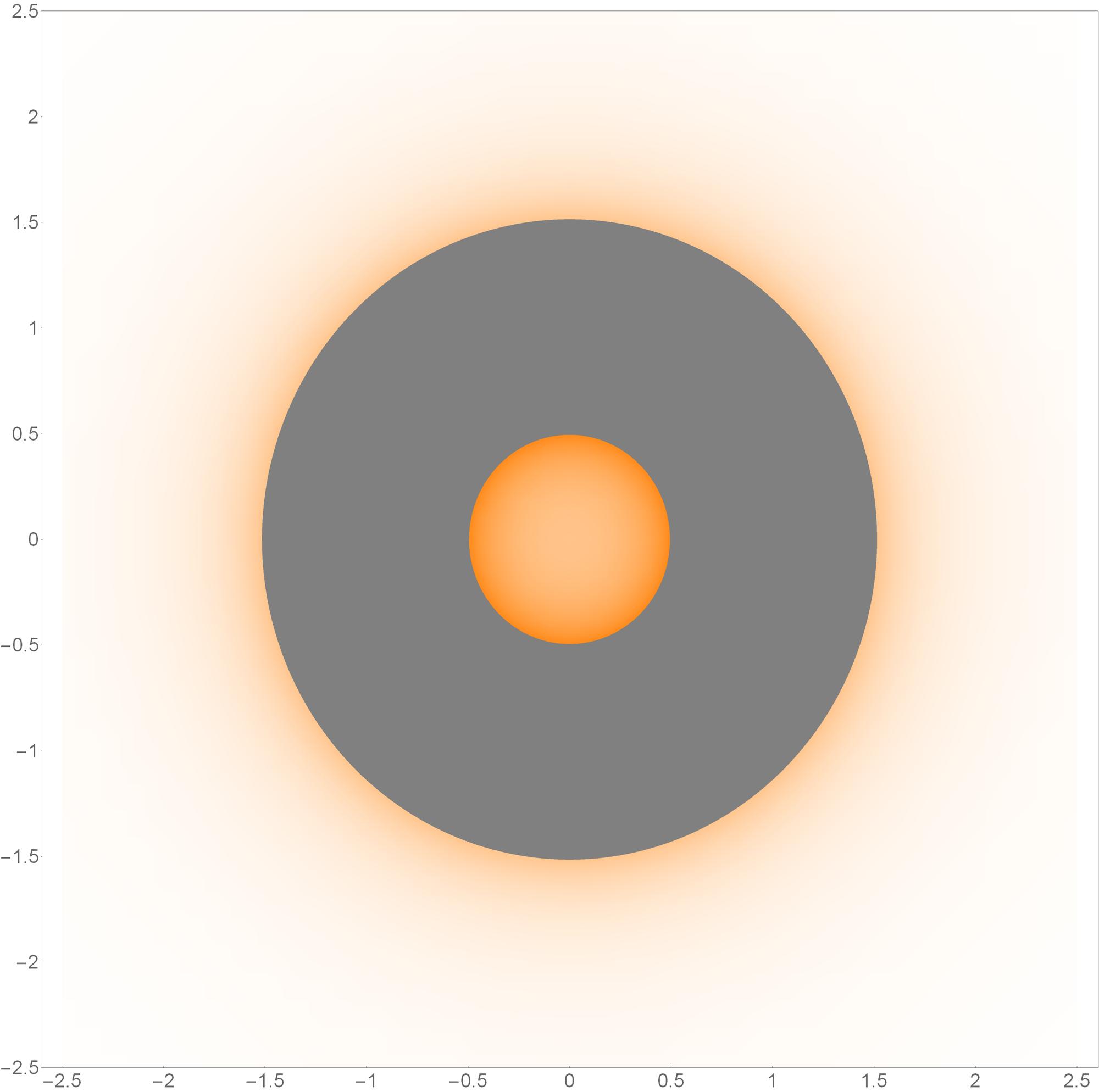 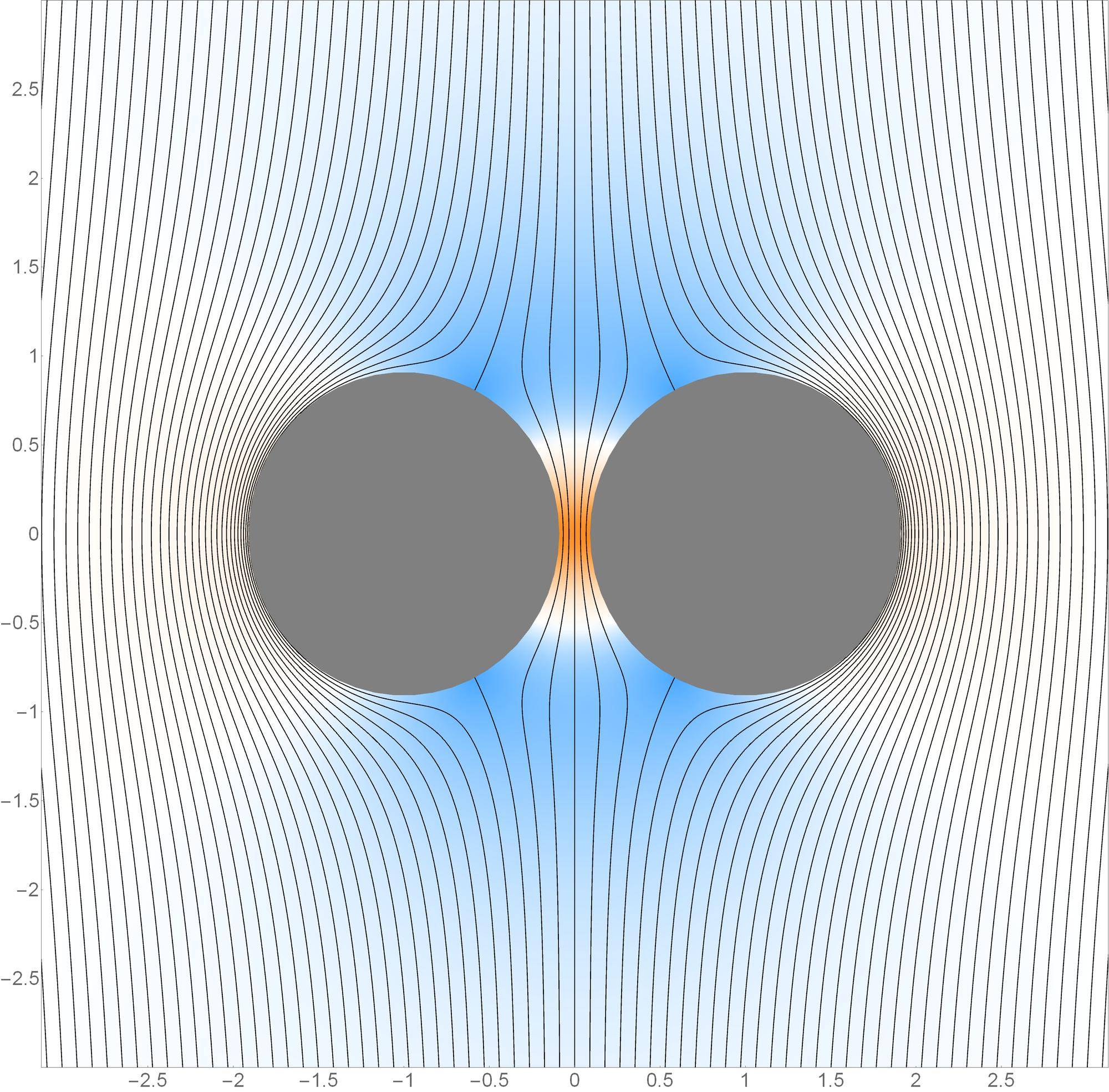 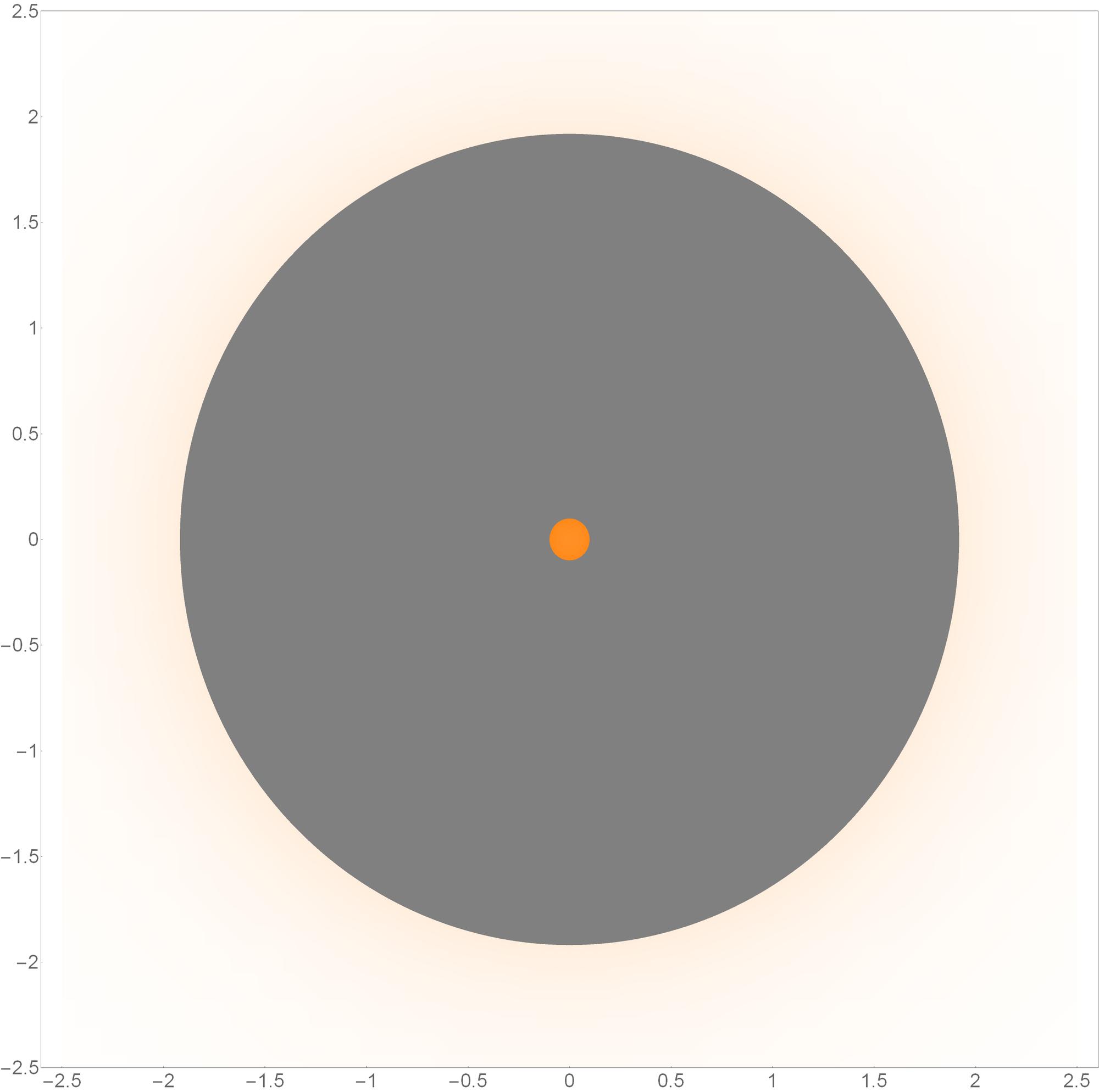 It is interesting that regions where $| \vec{H} | = 0$ (blue color, also vanishing field lines on the surface of the torus) are not exactly at the top and bottom of the torus, instead, they are shifted inward (the more the bigger $\kappa$ is). 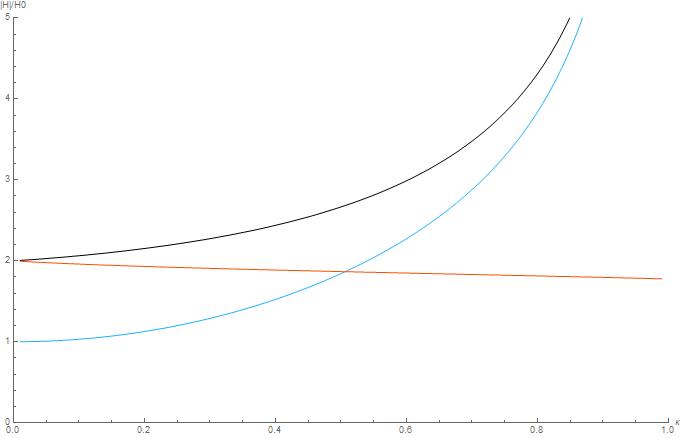 One sanity check is $\kappa \to 0$, for which $A \to 0$, because the center doesn't "feel" the torus and $B, C \to 2$ - this corresponds to an infinitely long cylinder in perpendicular field. So In the limit $\kappa \to 0$ the system behaves like cylinder, just curled into torus, geometrically speaking (this can be seen from the image above, where in the plane $x z$ the field looks like two parallel cylinders that don't "feel" each other). For higher $\kappa$, this is no longer true. It is reasonable that the field is strongest in the point B, however A and B coincide in the limit $\kappa \to 1$ (as $B \to A$ in that limit). If I'm not mistaken, the field inside the torus diverges in the limit $\kappa \to 1$. This is due to the singularity arising when $r$ approaches $c$ (we call that a 'horn torus') in the center point $(0,0,0)$, where, in theory, the magnetic field is enforced in an infinitely small region resulting in the infinite magnitude.

I hope someone will find this useful.

Not the answer you're looking for? Browse other questions tagged partial-differential-equations harmonic-functions laplacian or ask your own question.