How do I use rule induction to prove this relation?

We are given the following inductive rules:

But I'm stuck in transforming the intersection into the union as required, and since I start with the identity relation, I'm stuck with proving only reflexivity and not transitivity. Also, I'm unable to use the rule induction methods.

Edit: Is there a way to find a pure rule induction method to solve? i.e. something like this: 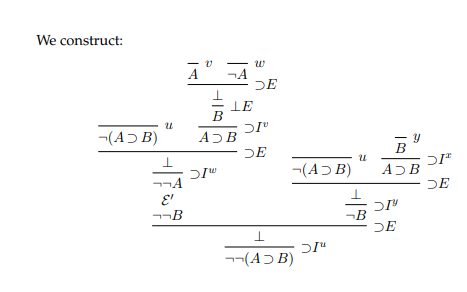 The problem I've been facing is I can't seem to find a concrete way to use rule induction. I understand we can derive the rules in normal set theoretic form to try solve the problem, but is there a way to directly use the rule induction method? I've not been able to understand how the "derivatives" of rule induction works unfortunately (nevertheless there are great answers set out below).

This is an hint of a proof, you should add the details, but hopefully it will be enough for your purposes.

Specifically you have to prove that if

Then you have to do the same exchanging the roles of $R \cup S$ and $R \circ S$.

You've written out the rules but not what rule induction states. Rule induction for this set of rules states the following: $$\begin{align}&(\forall x\in A.(x,x)\in X)\\\land\ &(\forall x,y\in A.(x,y)\in T\Rightarrow(x,y)\in X)\\\land\ & (\forall x,y,z\in A. (x,y)\in X\land (y,z)\in X\Rightarrow(x,z)\in X)\\\implies\ &(\forall x,y\in A.(x,y)\in T^*\Rightarrow (x,y)\in X)\end{align}$$ for any relation $X$. Using the fact that $X\subseteq Y \iff (\forall x,y\in A.(x,y)\in X\Rightarrow (x,y)\in Y)$ we can rewrite this rule induction more compactly as: $$(id_A\subseteq X)\land(T\subseteq X)\land(X\circ X \subseteq X)\implies T^*\subseteq X$$ This is what leads to the usual set-theoretic expression of inductively defined structures as the smallest set meeting some rules, i.e. $T^*$ is the smallest binary relation on $A$ containing $T$ and closed under reflexivity and transitivity. Any other binary relation on $A$, $X$, which contains $T$ and is closed under reflexivity and transitivity contains $T^*$.

From here, it is largely binary relational algebra calculations a la J.-E. Pin's answer or Mike Earnest's answer, though you can omit some of their argumentation as that's already been covered by the general reasoning about rule induction above. For example, the last line of J.-E. Pin's answer involving $((R\cup S)^*)^*$ is not necessary, as we were done (with this half) as soon as we established $R\circ S\subseteq (R\cup S)^*$. Rule induction also gives a formal basis for some of the steps they've elided, e.g. that $R\cup S\subseteq R\circ S\implies (R\cup S)^*\subseteq (R\circ S)^*$. This is intuitively true and easily proven directly, but it also follows from rule induction, though really we just need to establish $R\cup S\subseteq (R\circ S)^*$.

Not the answer you're looking for? Browse other questions tagged elementary-set-theory logic induction proof-explanation or ask your own question.

2
Equivalence relation proof with given specific condition
3
Prove the empty set is a subset of every set. Does induction work?
2
Showing $R$ is transitive and reflexive $\to$ $R=R^2$, $R$ is transitive and reflexive $\to$ $R=R^2$
0
How do you define a relation on R x R = R^2 by (x,y) ≡ (a,b) iff x+y = a+b?
1
proving the divisibility rule for 11 using induction
0
Subset relation in a sequence of sets (Proof by induction)
1
How do I prove that the set of rational functions is closed under composition by structural induction?
3
How to prove the transitivity of relation which is symmetric difference