Intersection of two circles dividing lune in given ratio

If have two circles intersecting along their diameter, let $A,B$ with radius $r_1, r_2$ in the ratio of $1:n/2$ (for $n$ being a positive real number), and overlapping area is the same as radius of smaller circle (let, $r_1$); then how to prove geometrically that the lune formed will be having the intersection point (shown as point $H$, on the line joining the diameters) with length from the center of the smaller circle as : $\frac{r_1}{n}$. 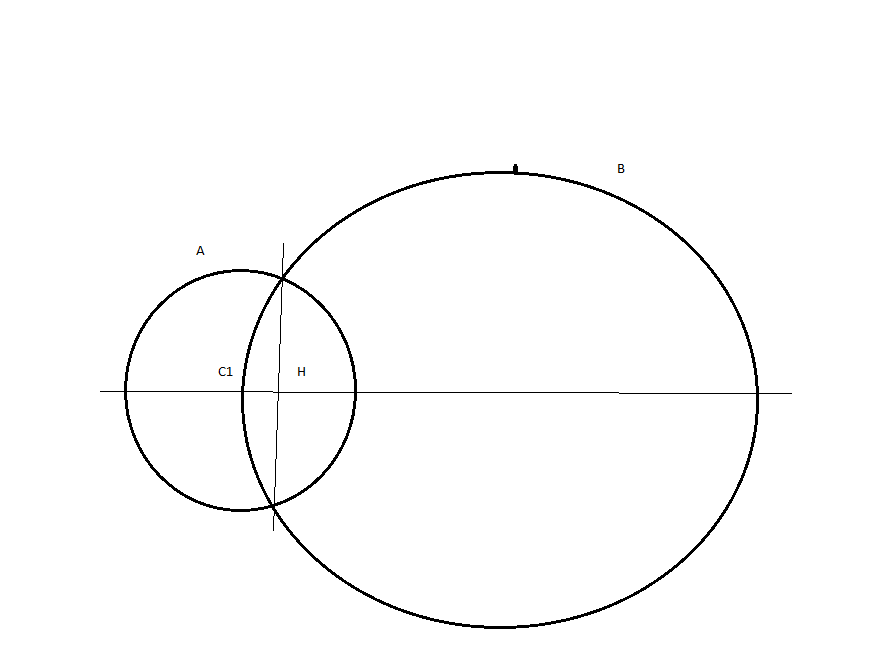 Have drawn at desmos too, the graph for the above at : https://www.desmos.com/calculator/e6dhp99eiu.
The graph also shows that the intersection point (shown by dotted line) is having length = $\frac{r_1}{5}$.

But a geometrical proof is needed. 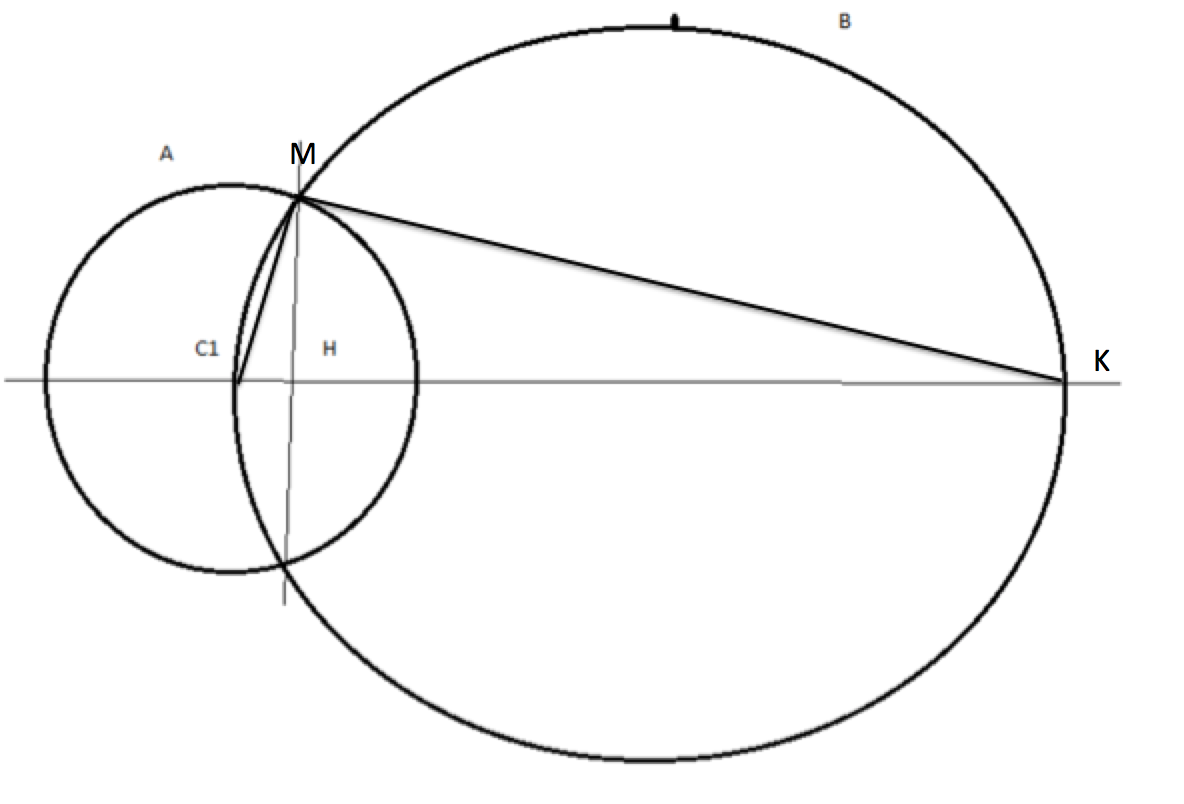