Combinatorial rule for a stable stack of bricks.

Suppose that you have a stack of identical, frictionless, uniform-density $1 \times 2$ bricks arranged in the ordinary configuration (each row is offset by $1$ relative to the row below.)

Is there a combinatorial rule that captures whether or not a given stack of bricks would be stable? In particular, that no small vertical force will cause the stack to move.

In other words, how can one determine whether or not a configuration is stable without doing a static force analysis.

(Admittedly, this question is a little hand-wavey, so let me know if I can clarify anything.)

Clearly, a stack of bricks that does not have any "overhangs" should be stable:

But we can also allow a cantilever if there's a brick above: 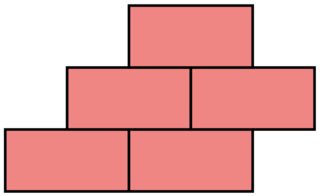 However, having a brick above is not sufficient, because a stack like this should not be stable. 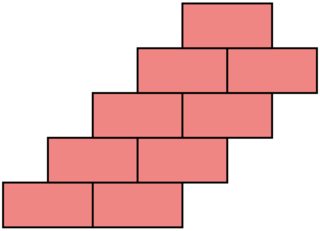 Similarly, having a brick above is necessary because a configuration like this is in unstable equilibrium; in particular the upper-right brick in this example would fall if an arbitrarily small force were applied to the right side.

Although probably not a combinatorial rule per se, here is an algorithm that could be used to find unstable equilibria or configurations that would not be in equilibria:

1) Identify all bricks with only 1 supporting brick.

2) For each of these bricks consider the bricks above it connected to it by an upward facing V. (These are the only bricks that put any weight onto the brick, and therefore determine its stability.)

Not the answer you're looking for? Browse other questions tagged combinatorics physics discrete-geometry or ask your own question.

4
What exactly are the curves that are a best fit to the Harmonic Cantilever?
0
Symmetric Brick Stacking

1
Combinations of lego bricks figures in an array of random bricks
3
Decide if a stack of overhanging blocks is stable
1
Stability of equilibria of a system given a governing ODE
0
Combinatorial property of cross polytope
3
combinatorics - product rule: the number of ways to stack books
28
Number of ways to stack LEGO bricks
2
Finite Shelah 2-rank implies stable. A combinatorial proof.