How can I find the total number of figures in a puzzle where they seem to overlap?

In the following sequence of figures. Which is the total number of right trapezoids which do make up $\textrm{figure 10}$?

The figure is below:

The alternatives given are:

What I tried to do is to account for the number of trapezoids:

This is some tricky:

I thought that there are $4$

Therefore in the figure are $8$

This accounts for $13$ figures.

So in total the series is comprised of.

From this series I found that the recursion formula is stated as:

By replacing with the fourth term it seems to check.

So if what it is being asked is figure number $10$ then by replacing in the previous equation:

Therefore I would choose $64$ as the number of figures in the $\textrm{10th figure}$. I'm not very certain if is it correct?

The answer appears within the alternatives but the process to find the figures was very tedious and it took me a long time to find it, needless to say that to find the recursive formula was another problem as well but eased due the fact which I had some idea of how to find it, as a result.

Is there any other method to speed up the calculations or to find an answer in this situation or to avoid miscounting or double counting the figures?

This looks correct to me. As for the more general question, I would approach the problem by asking 'how can I make up a right trapezoid from these figures?' This breaks naturally into two pieces: trapezoids that use the 'slanting' shapes on the right of the figure, and ones that don't.

I think you got it.

As additional explanation, let's look at the fourth diagram in your question. Let's label the stack of short, fat trapezoids (looks like a geometrical stack of pancakes) on the left part of that diagram $A,B,C,D$ from top to bottom.

Since the side pieces extend only the trapezoid that represents the entire stack, you add $n-1$ of those. (From the diagrams you have, the third diagram has two additional trapezoids from the side pieces, hence the $n-1$ formula.)

ETA: I've added a somewhat shoddy diagram to illustrate what I mean. I've also changed the notation somewhat to be (a bit) more logical. 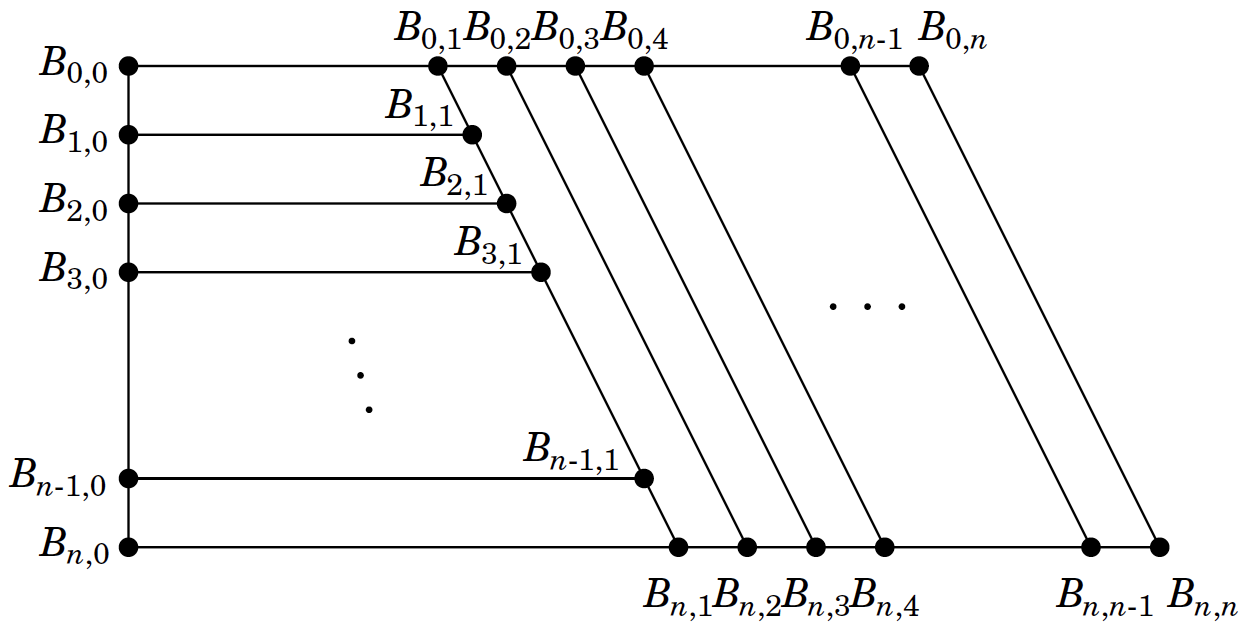 Then, there are only two basic classes of right trapezoids:

Not the answer you're looking for? Browse other questions tagged sequences-and-series recreational-mathematics or ask your own question.

0
How to properly relate the time elapsed and the angles in a problem involving an analog watch?
1
How do I find the total number of bell tollings and avoid the flagpole error?
1
What is the best way to solve a puzzle involving sets of information which seem in disorder?
1
What method can be used to solve a numeric finding puzzle involving getting the right sum?
8
Antisymmetric Table Puzzle where the Rows/Columns Sum to Zero
0
How to compute the different number and ways to read a given phrase forming a pile or a stack?
3
How do I find the least number tickets from a jar if the number isn't explicitly given?
0
How do I find the time a person has rested when it makes succesive stops?