I need a little help with this geometry problem, that I need to solve synthetic (I know the analytic solution).

I also managed to prove synthetically that the two congruent radii are 2 cm.

Please help me finding the third one.

This answer is going to be restyled according to the suggestions of Douglas Rogers.
The old version is preserved below; now there is a precious preliminary lemma. 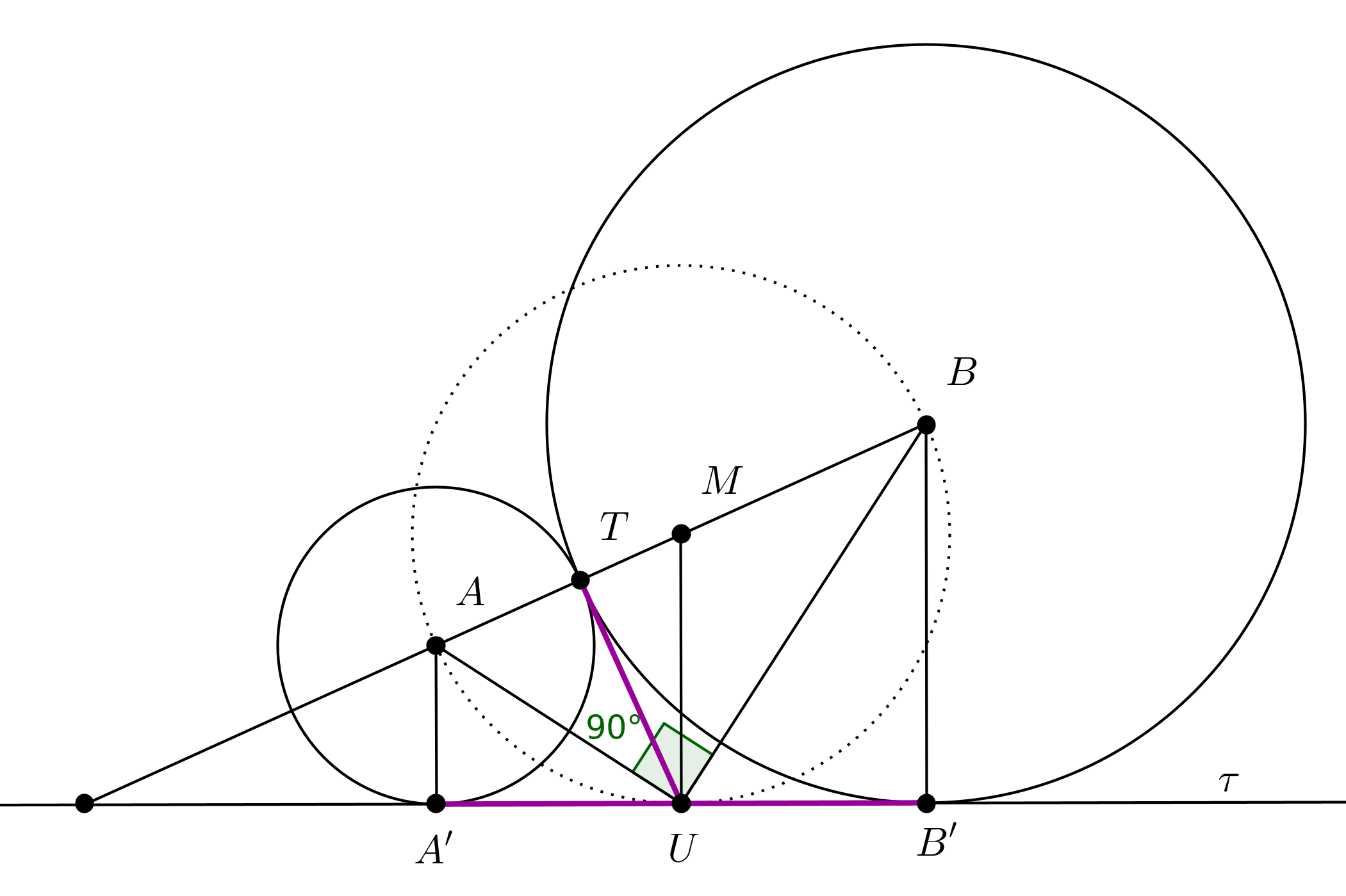 We are ready to solve the Malfatti problem in a isosceles triangle. 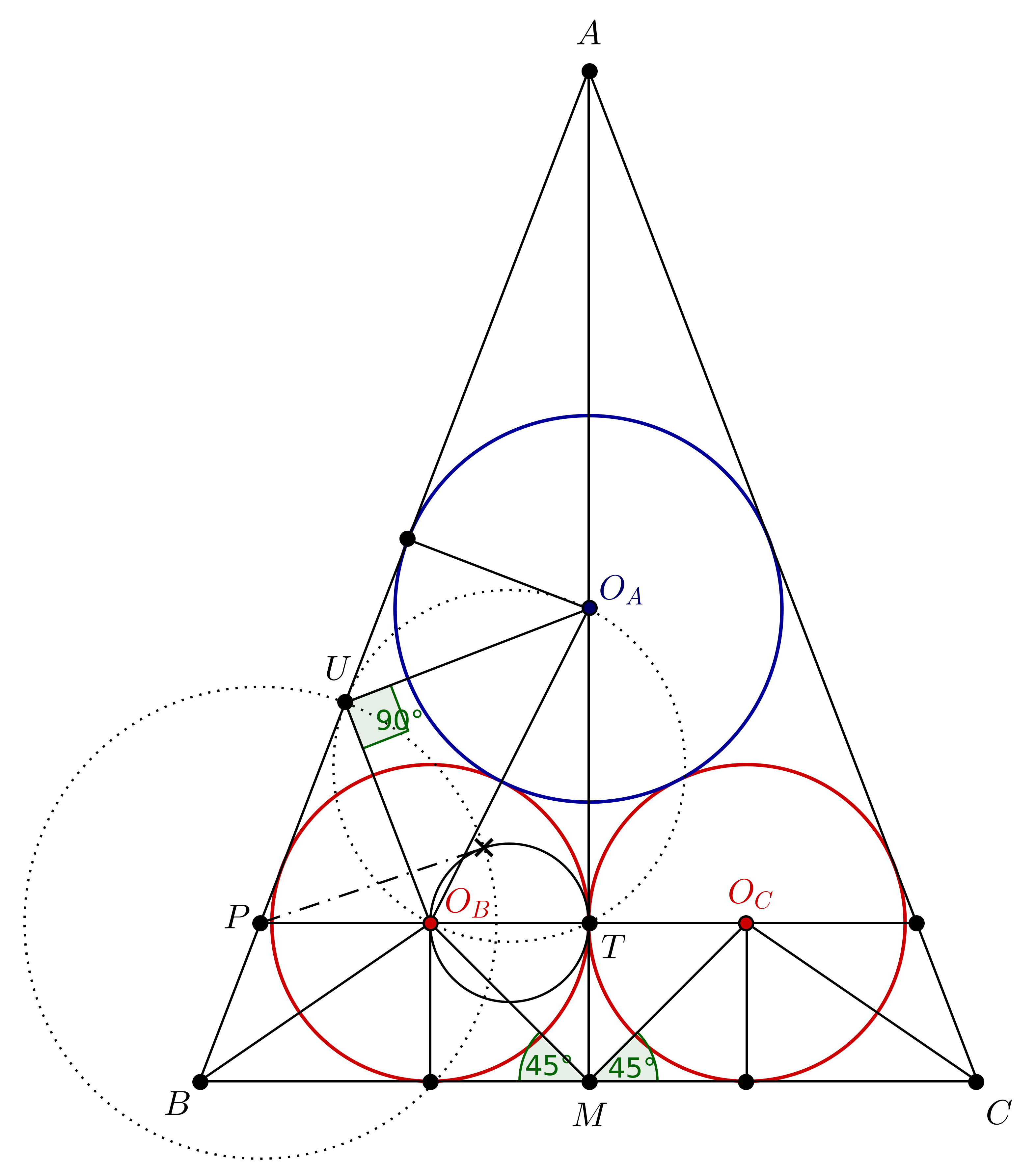 Let us assume that $ABC$ is isosceles on $BC$ and $M$ is the midpoint of $BC$. The Malfatti circles tangent to $BC$, centered at $O_B,O_C$, are simple to be located: their centers lie on the $B,C$ angle bisectors and on the lines from $M$ forming angles of $45^\circ$ with $BC$. Let $T$ be the tangency point of these circles. By the previous Lemma, a circle through $T$ and $O_B$ tangent to the $AB$-side meets the $AM$-line at the center $O_A$ of the last Malfatti circle. In order to construct this circle, we consider $P=AB\cap O_B O_C$ and draw a circle with diameter $O_B T$. The length of a tangent from $P$ gives the geometric mean of $PO_B$ and $PT$, thus the location of $U$ on $AB$. If we draw the perpendicular to $UO_B$ through $U$, its intersection with the $AM$-line is precisely $O_A$ and the problem is solved.

Old version: This is an implementation of Steiner's construction of the Malfatti circles for an isosceles triangle. 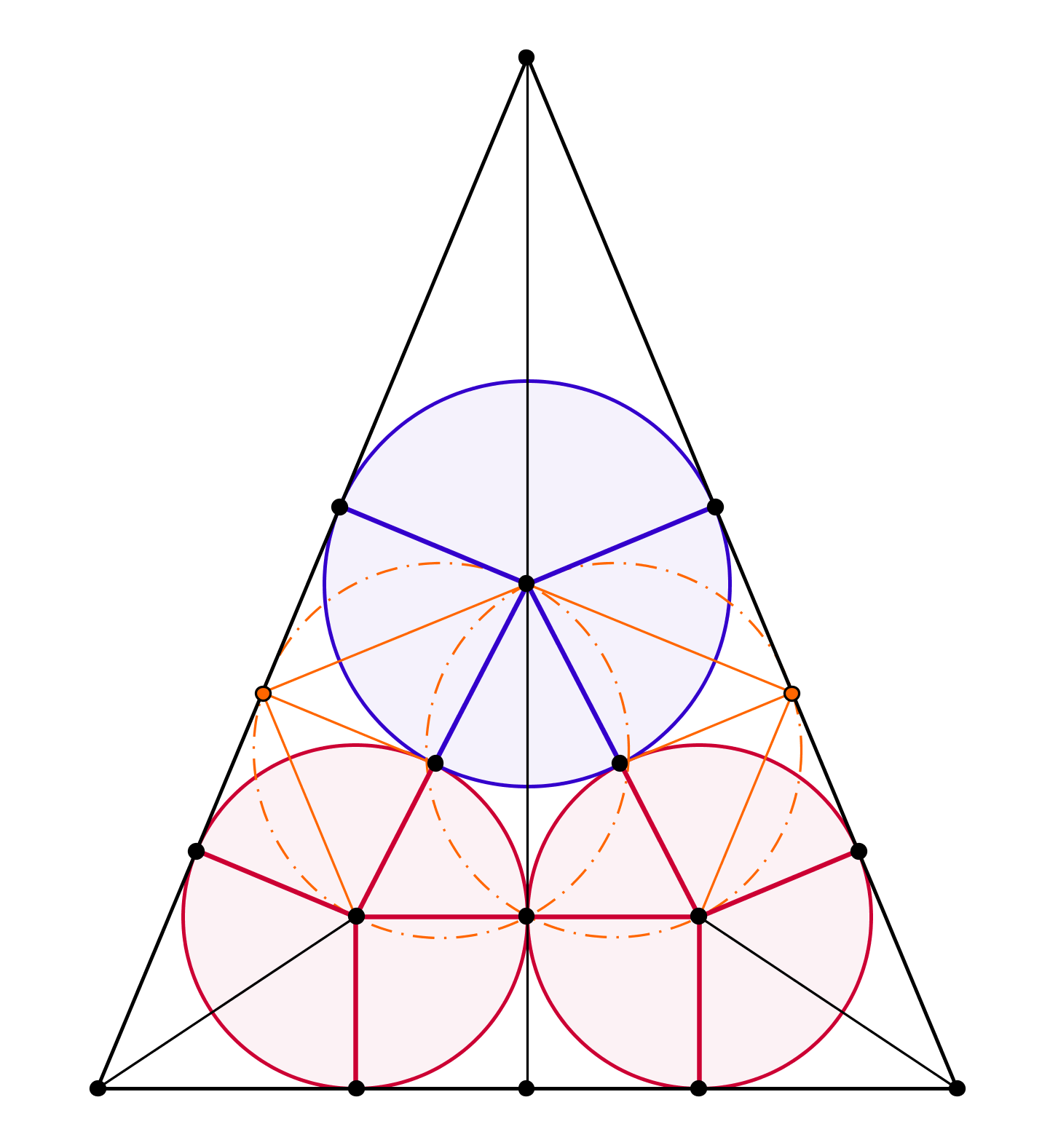 10
Four kissing circles
2
Finding side and angle of isosceles triangle inside two circles
29
Two circles inside a right angled triangle!
1
2 circles in an isosceles triangle
0
Circle tangent to three tangent circles (without the Soddy/Descartes formula)
2
Circles in an Equilateral Triangle
3
What is the value of $m+n$ if $\frac{m}{n}$ is the radius of the smallest of the three circles?
7
Geometry - Prove a right triangle resulting from three inscribed circles