I obtained this equations after seeking for random variable $X$ with CDF $F$ such that $\log |X|$ is also following $F$. 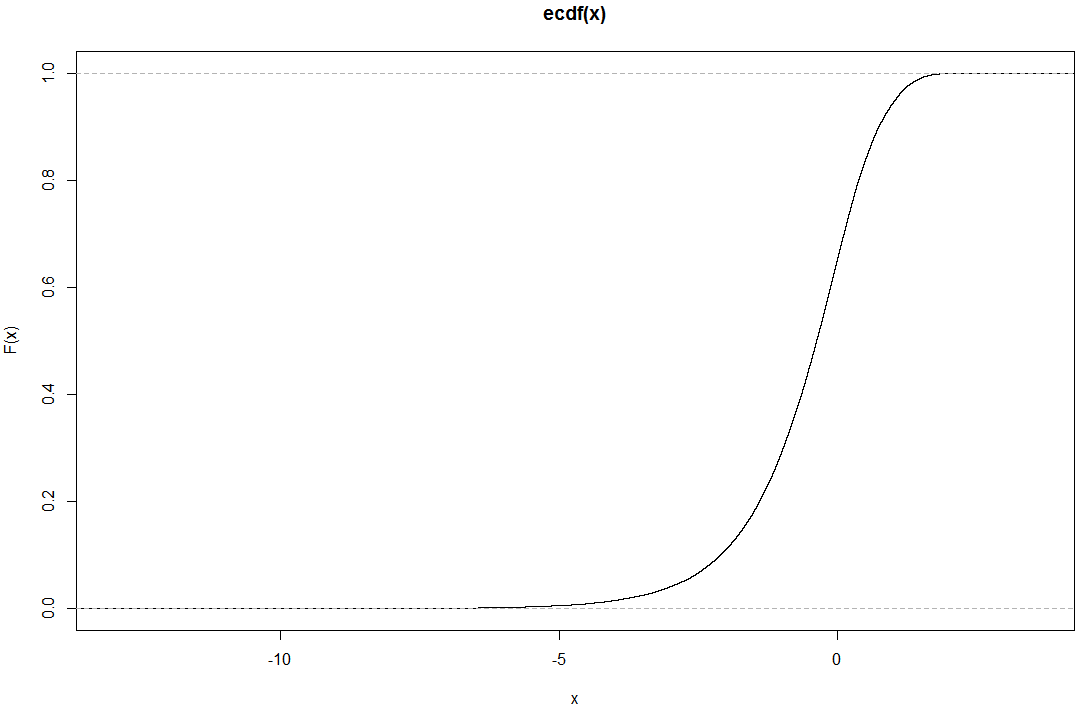 and the related density: 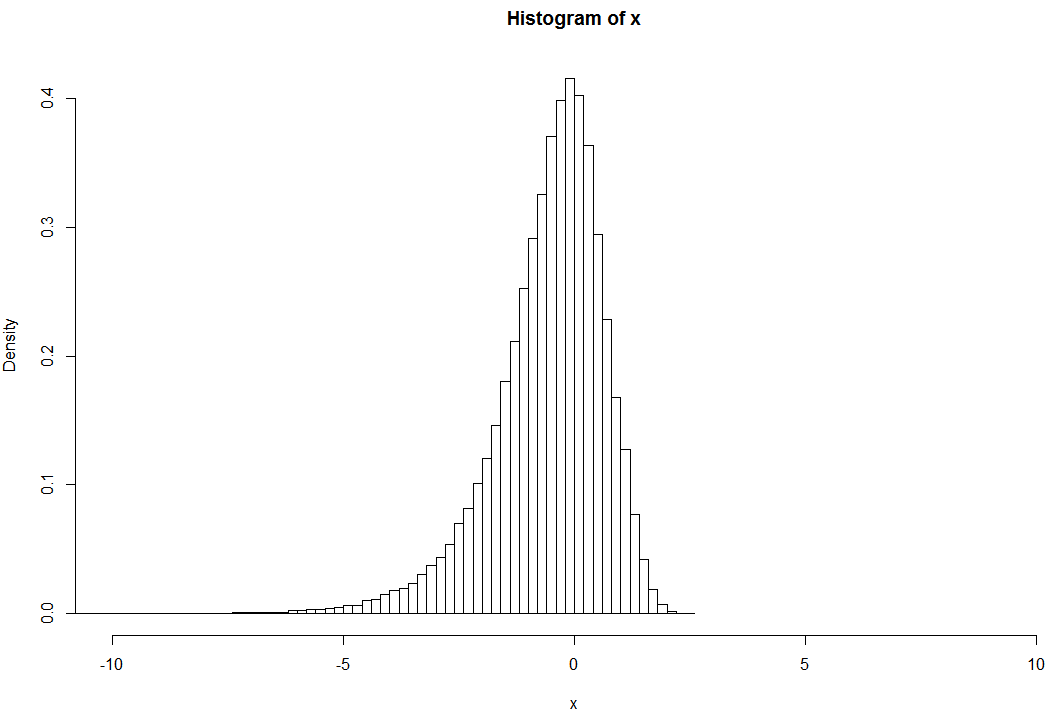 So, I found the CDF it is 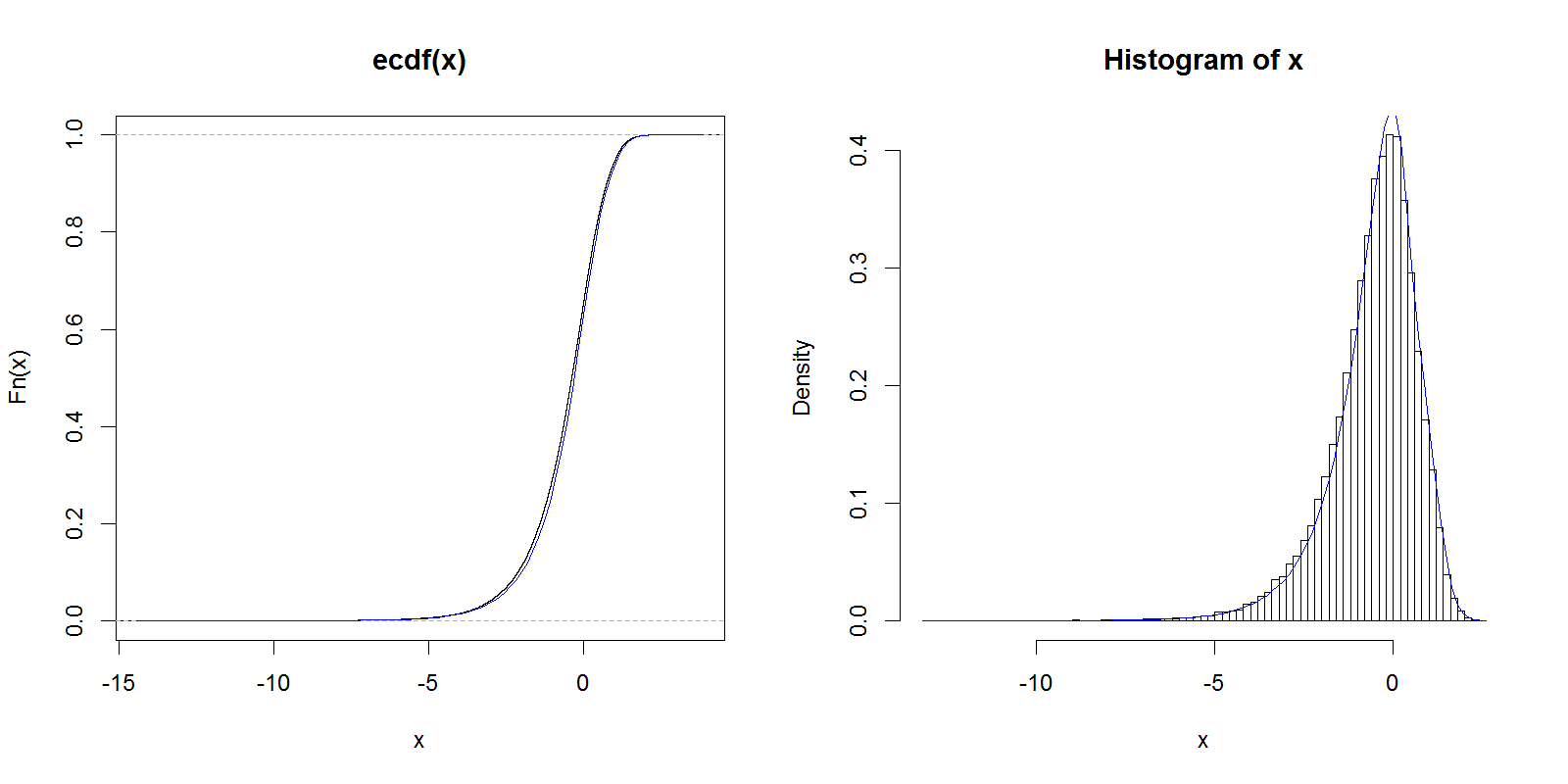 Just kidding. It's not quite that, but I think the chance of having a closed form for this distribution is small. This is however a very good approximation of the distribution and I'm going to explain how you can get even better approximations and how I came up with the procedure.

I started by studying the iterates of function $\ln|x|$ in Desmos. This is two iterations: 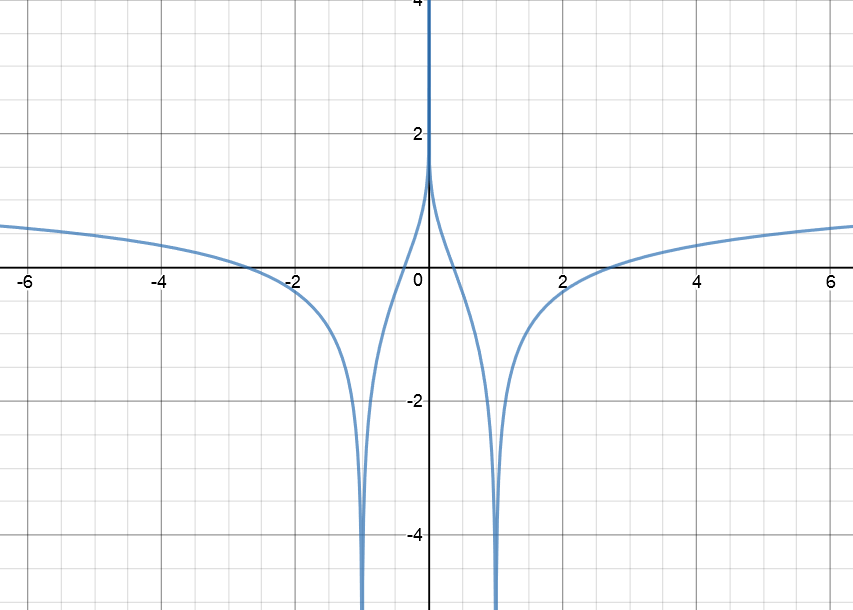 This is three iterations: 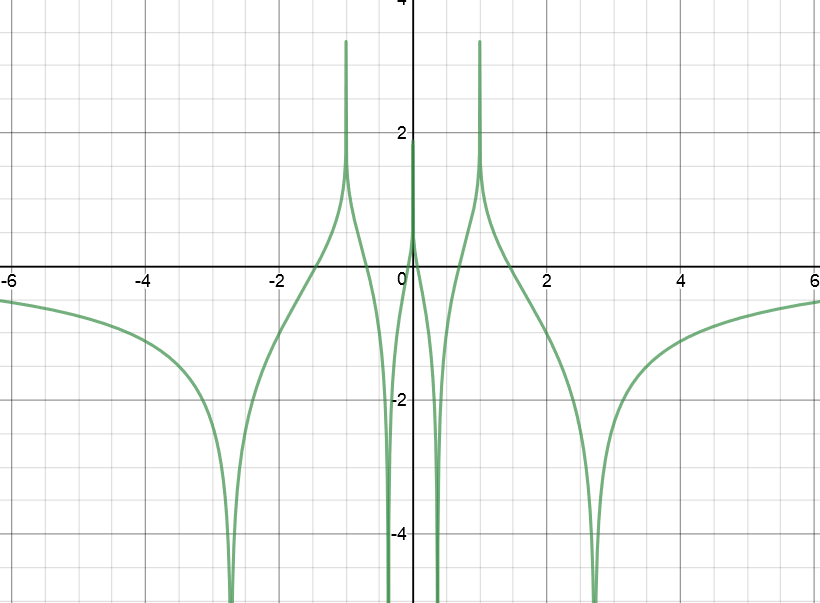 This is after ten iterations: 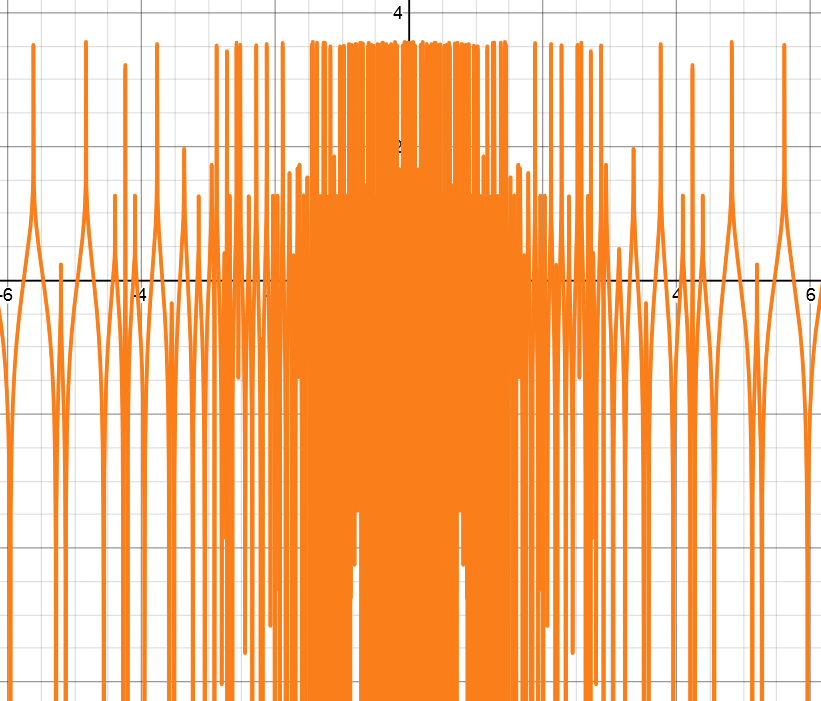 I realized that if I could somehow capture the density of the image of those iterates, I would find the distribution. I also realized that since pretty much any starting value, except those on the orbit leading to $+\infty$ and some repelling orbits, would lead to the full distribution, I probably only needed to look at a few iterations and look at the density of one "branch" of the iterate. I tried for three iterations and the result was not so good. I tried with 4 iterations and the result was worse. So I went back to 2 iterations and inverted the function on the interval $[0,1]$ getting $\exp(-\exp(x))$. (Actually, I went one step further interpreting everything in terms of distributions but it would take me too much time to explain the whole thought process.) So I got as a distribution:

which gives the following approximation: 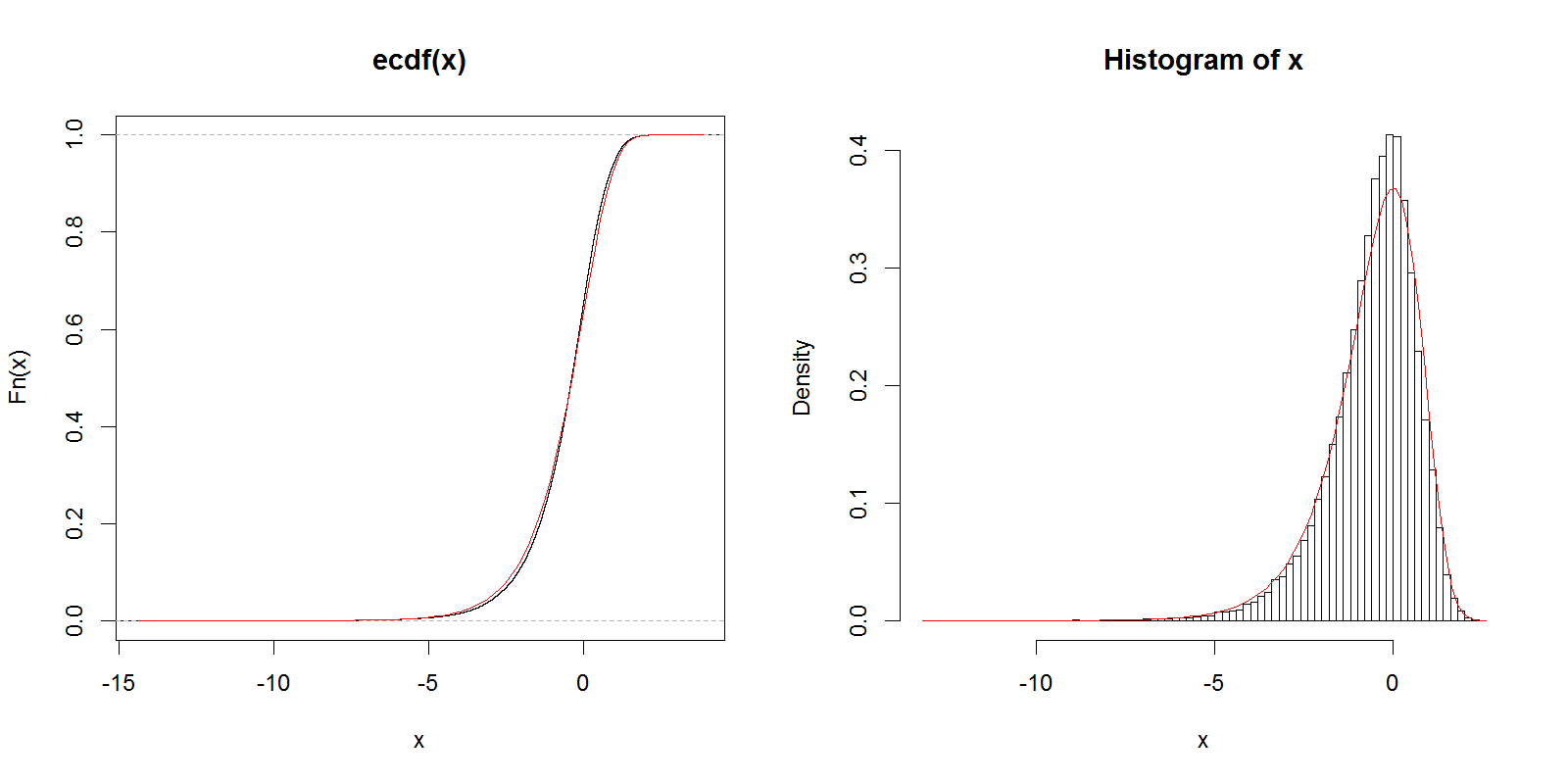 Which is really good, but obviously doesn't satisfy the requirement

But that's where the second step of my thought process kicked in. Since we want the function to satisfy this property, let's reinterpret this equation as a recursion

Applying one step of this recursion to the CDF $F(x)=1-\exp(-\exp(x))$ gives the approximation I have in the beginning. And obviously you can repeat the process and this seems like it results in a stable recursion. You might run into problems though with having towers of exponentials from a numerical point of view. But it is clear that the limiting function has to be somehow a combination of infinite exponential towers.

Surely, there's more to say about this, but being no expert on dynamical systems and the stability of recursions on functions, I don't know how to make the whole more rigourous. Hope you liked the answer though.

In the case of $a_0$, just to focus on something precise, one gets: