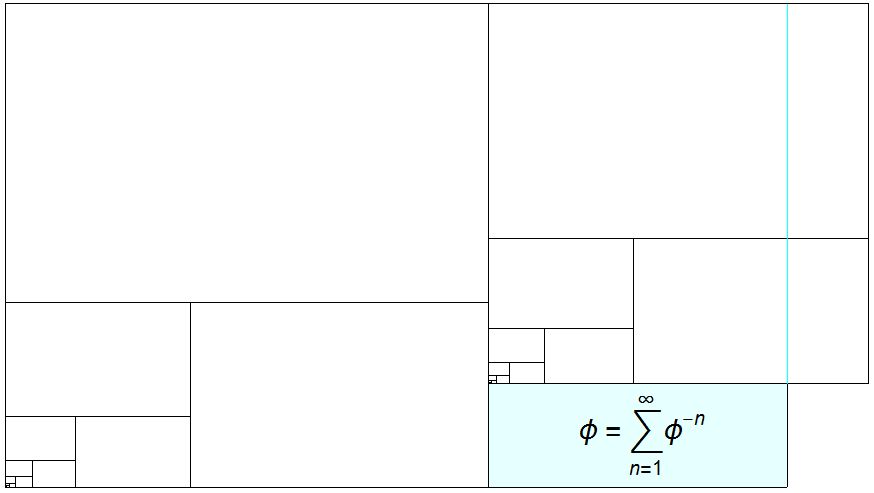 That's the entire question. All that follows is related discussion. I want to make a more elegant proof without words. It comes from the series:

If we solve the following instead,

It turns out I could make a proof without words with the infinite cow fractal. But it wasn't until today that I thought to add the summation to the picture. So then I tried making the golden version, and found it had apparently never been done, and seemed to be hard to solve. 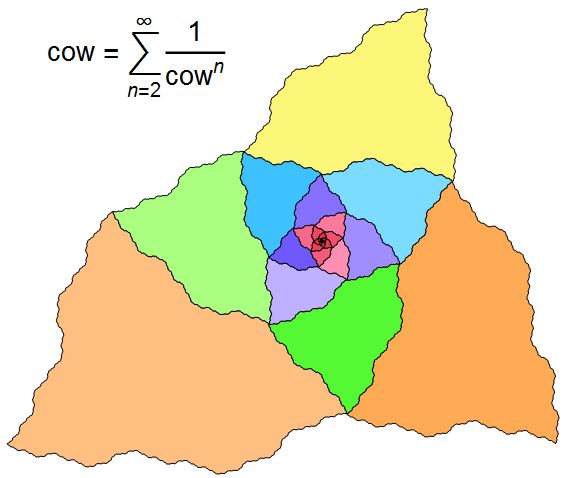 Is there a similar picture for the golden rectangles with a rearrangement of the rectangles in the first image above?

Basing the rectangle dissection on Ammann's Chair doesn't seem to help, but their are nice ideas there.

I believe what you're asking for is impossible using golden rectangles alone. A walk-through of possible horizontal-vertical orientations of the inserted pieces (along w/ a little imagination showing that shifting the pieces doesn't help) ends in the following configurations, demonstrating that you can't manage to fit the five largest rectangles of the sequence into the "frame". (Symmetry about the dashed blue line allow us to condense the exploration of the #1-vertical sequence.) 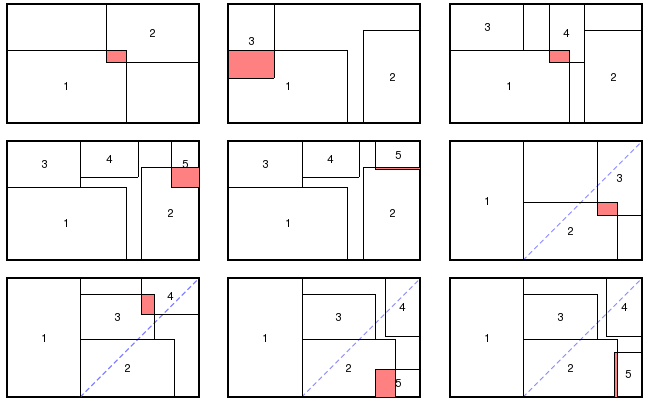 A solution is possible however if you allow the use of squares for the $\phi^{-2n}$ areas, which avoids the $\sqrt{\phi}$ issue. 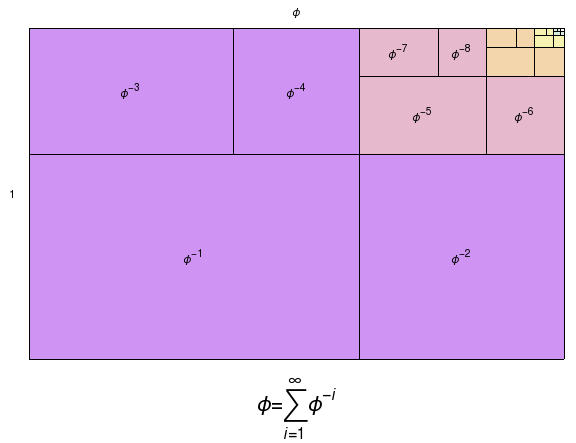 Not the answer you're looking for? Browse other questions tagged sequences-and-series recreational-mathematics polygons golden-ratio tiling or ask your own question.

24
Do side-rational triangles of the same area admit side-rational dissections?
2
A Golden Ratio Symphony! Why so many golden ratios in a relatively simple golden ratio construction with square and circle?
6
Same Diagonal Dissection
1
Rectangling the rectangle
7
Rectangle dissection into similar rectangles
2
Algorithm for filling a rectangle with tiles of known relative size