I'm working on a simple, two-ring Venn Diagram in JavaScript where the area of the sections will be determined by the set size (mapping dataset count to area in pixels).

From this I'm able to get the radiuses with:

I'm setting the y coordinates of these circles to an arbitrary number (window.innerHeight / 2). However, I'm having trouble determining the distance between the centers of the two circles so that the area of the overlap has an area of ab.

Here's a visual of the desired product: link to Venn Diagram image

The lenticular intersection of the two circles consists of two circular segments, the areas of which are given by the reasonably well-known formula $\frac12 R^2(\theta+\sin\theta)$, where $\theta$ is the angle of arc covered by the segment. The appearance of both an angle and a trig function of that angle in that expression doesn’t bode well for finding a nice closed-form solution. 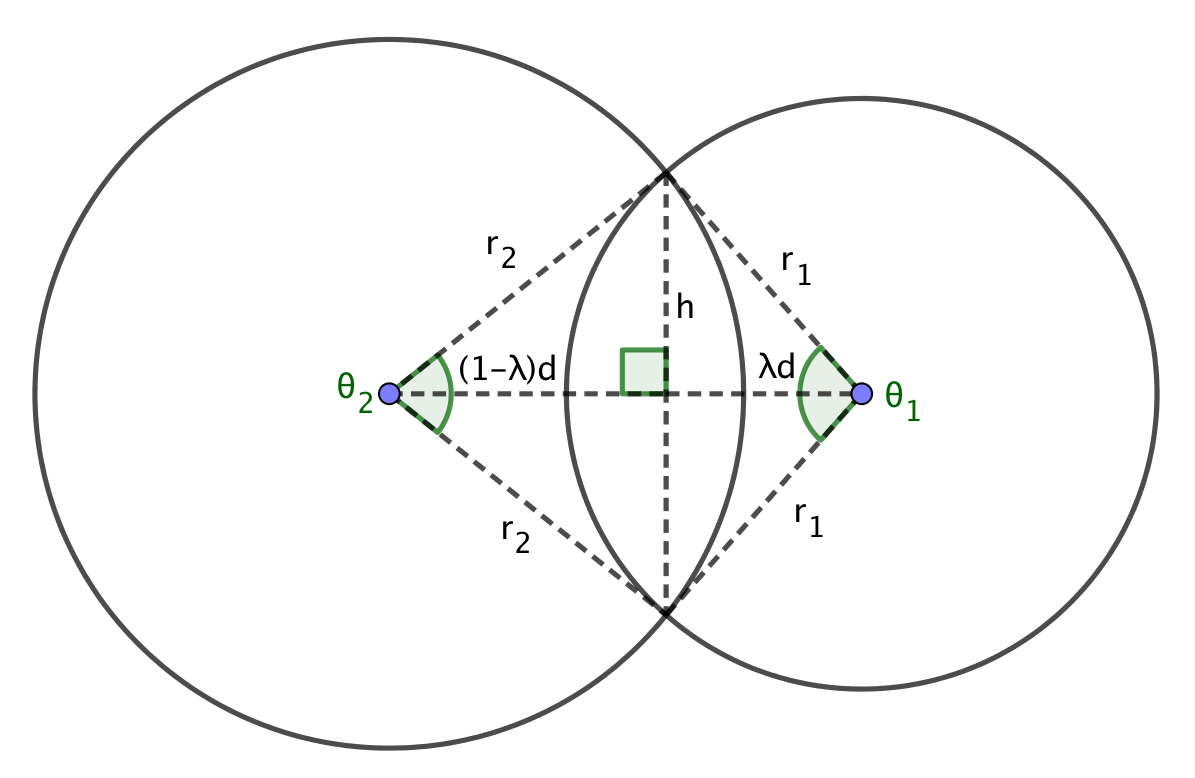 I think the best bet for your code is to compute numerical approximations to $d$ and $\lambda$. $d$ is bounded above by $r_1+r_2$ and below by $|r_1-r_2|$, so a simple binary search might work pretty well. You could make a first guess at $d$ by approximating the intersection area with the area of the inscribed kite and solving the resulting equation that doesn’t involve any inverse trig functions, but that solution is likely to be fairly complex, too, and I doubt that it would buy you much, if anything, in terms of computational efficiency.

Not the answer you're looking for? Browse other questions tagged geometry trigonometry circles area or ask your own question.

3
Distance between 2 circles with same radius to overlap a desired percentage?
0
If circles $A$ and $B$ overlap and the area of intersection is half the area of $A$, then what are the points of intersection?
1
Area Between Two Circles - Analytic Geometry