Can a parallelogram have whole-number lengths for all four sides and both diagonals?

Is it possible for a parallelogram to have whole-number lengths for all four sides and both diagonals?

That's all I can imagine. My hunch is that a parallelogram can have whole-number lengths for all four sides and both diagonals only if it is either a rhombus or a rectangle.

Is that right? If so, can this limitation be explained elegantly?

Your hunch is wrong. A non-rectangular non-rhomboid parallelogram with integer side and diagonal lengths exists: 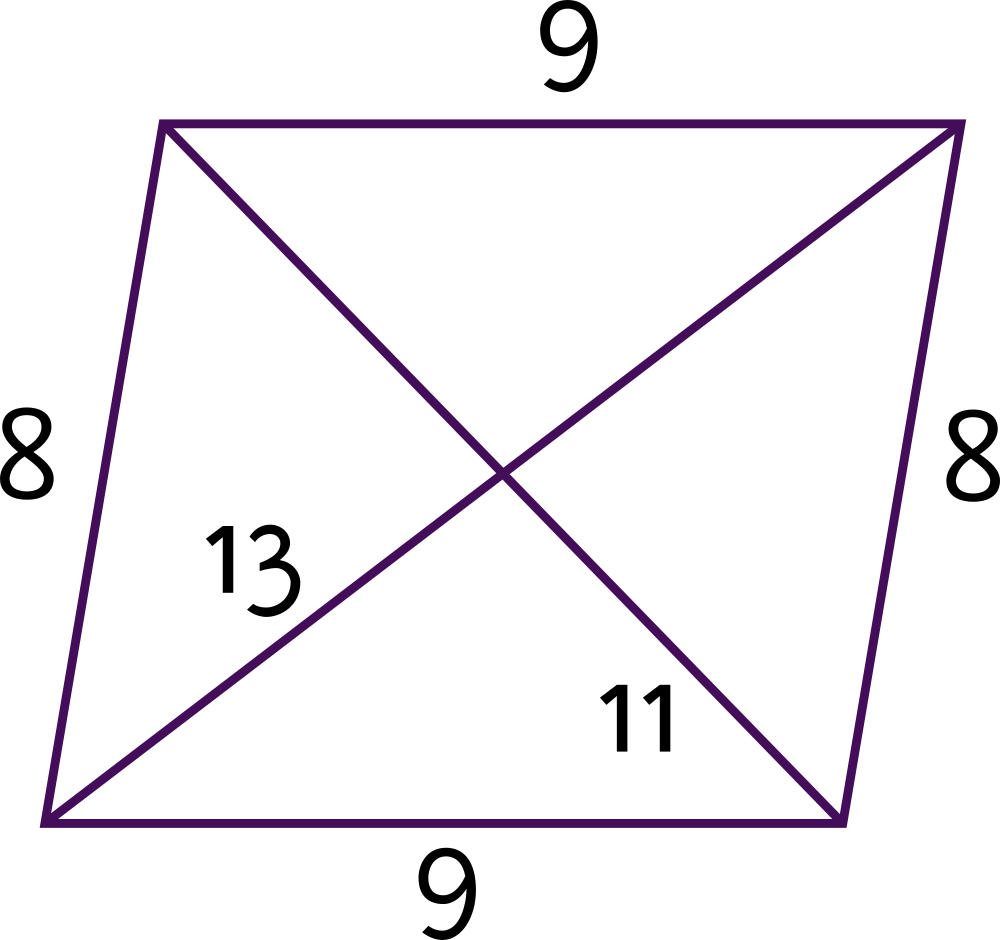 The numbers being squared in the above equations relate to the above parallelogram as follows. The lengths of its sides are 9 and 8, and of its diagonals 13 and 11. If its left side is extended upwards along the same straight line by 8 (so that it is now 16), the resulting quadrilateral has sides 16, 9, 8 and 11, and its diagonals are 17 and 13.

Not the answer you're looking for? Browse other questions tagged geometry elementary-number-theory diophantine-equations polygons or ask your own question.

2
Diagonals of parallelogram intersect at $90^\circ$ if and only if figure is rhombus
3
How can I calculate calculate two internal angles of a quadrilateral given the lengths of both diagonals and two opposite sides?
1
Find sides and height of isosceles trapezium given information about its diagonals
1
Are diagonals of parallelogram greater than its sides?
3
Lengths of sides and diagonals of quadrilaterals and area
1
Irregular polygons with non-equal integer side lengths and diagonals
0
Is a parallelogram with equal sides necessarily a rhombus? Is one with 4 right angles (or congruent diagonals) necessarily a rectangle?
2
Rhombus Identification: 3 sides equal + 2 parallel sides?
0
Help me create incenter-of-triangle problems involving a lot of whole-number lengths.