I'd like to approximate a formula which 'fits' my data. The formula should take 7 inputs and produce a single ouput. The input variables are listed in columns A to G of my data (see image below). The desired output of the formula is listed in column H of my data. An example of what a possible formula could look like: y = A*G/B where y=H and the right side of the equation consists only of (part of) the variables in columns A-G.

Any suggestions regarding better/other methods of finding such a formula will be greatly appreciated. Below I outline what I've tried so far: I've tried simply plotting the variables in columns A-D against the treshold value (column H) to see if there is a formula to be found from these graphs, but unfortunately the spread of the data was too large, thus the trend lines did not accurate approximate the data: 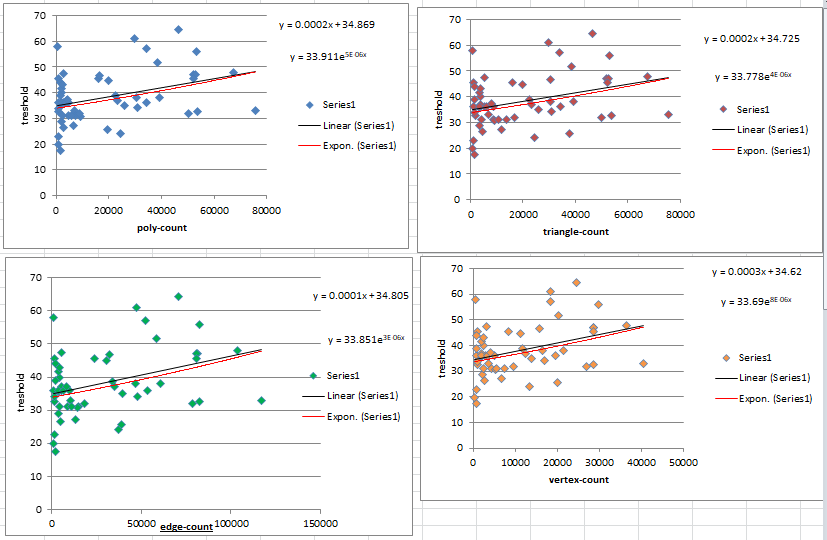 I've tried some simple combination of the variables in columns A-G to try and find a formula which fit the data (manually) but did not get a good approximation this way. If there is a way to check a large number of combinations of the variables in columns A-G, thus forming a large number of possible formulas and checking which one corresponds the best to my data this would be great but would be very time consuming I can imagine. The results of trying to find a formula for the data manually can be seen below: 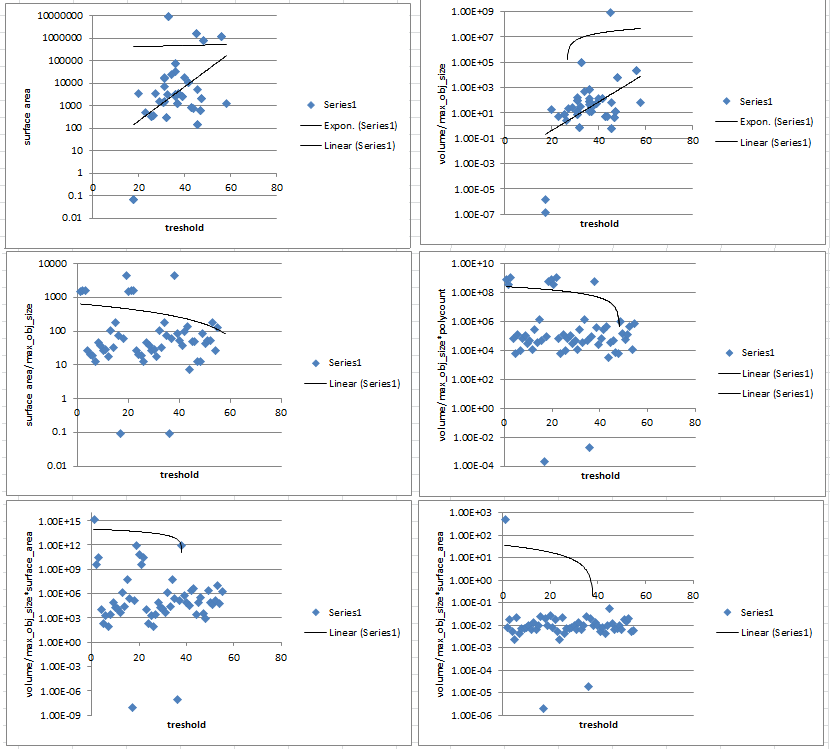 The graphs have a logarithmic scale, the lines through the graphs are trend lines (some linear, some exponential). As can be seen in the graphs, the trend lines do not accurately represent the data (in other words: the spread of the data is too big). I'd like to find a combination of variables in columns A-G and plot them against the treshold value (value in column H) in such a way that the spread is smallest and the trend line best approximates the value in column H.

If any of my explanation was unclear please let me know and I'll try and clarify. Thank you!

Browse other questions tagged data-analysis approximation-theory or ask your own question.

1
Given sample data with three data points, how do I predict or guess the 3rd data point when only given two data points?
1
Equal interval data classification technique formula confusion
1
Find errored member in a dataset
0
Determine equation from graph
0
Creating Formula from Data Series
0
Extracting a 2 variable equation from a set of data
0
Obtaining the most informative subset of data