Proof of $\angle$ sum of polygon.

First, I know this question might have been asked by several times, see here, for an example. Before someone may want to mark it as dulplicate, I would like to calrify what I want to ask.

Mainly, I am asking for a rigorous proof, or why it is rigorous enough?

Notes: I will be considering simple polygon.

Consider the answer of this post by Misha Lavrov,

I agree with this.

I definitely know that

Most of the proofs which I have seen about the problem, has a similar idea as the accepted answer of this post.

Main idea of the proof:

This proof is very intuitive, but I don't think it is rigorous enough, as I wonder, can we still connect every vertex to the point, even for a extremely ugly concave polygon, to seperate the polygon, into several $\triangle$s, such that each of the interior $\angle$ of each of the $\triangle$s is in an interior $\angle$ of the polygon and won't be counted twice. For an explaination and example for what I said right above, see below. 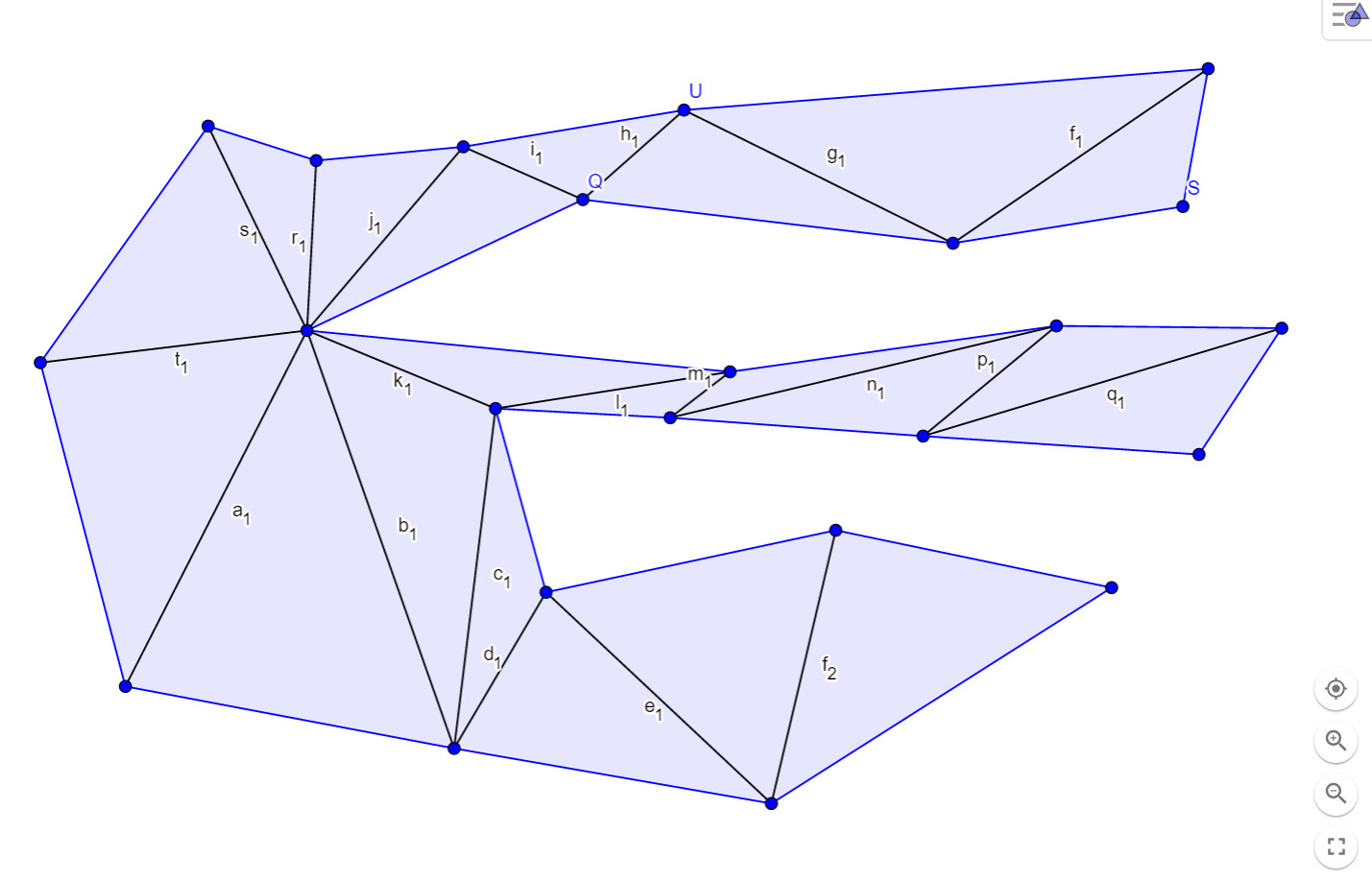 As in the image above, I discovered a way to divide the polygon into 21 pieces of $\triangle$, while it sounds to be eligible. However, I don't think this will certainly happen, if the polygon is even more ugly. How to explicitly consider the case, when different $\triangle$ share a same interior $\angle$ in the proof?

Also, as I asked above, can we always find a way to devide it properly? (I think it is important to prove it)

For the induction part, asumming the $\angle$ sum formula for polygon is true for $N$-sided polygon. Then, consider any $N+1$-sided polygon, I used to think that we can select $2$ vertex which is saperate by one vertex in middle (can I present it more precisely?), join them together, and we form a $\triangle$ (Do we need to consider whether 'convex' 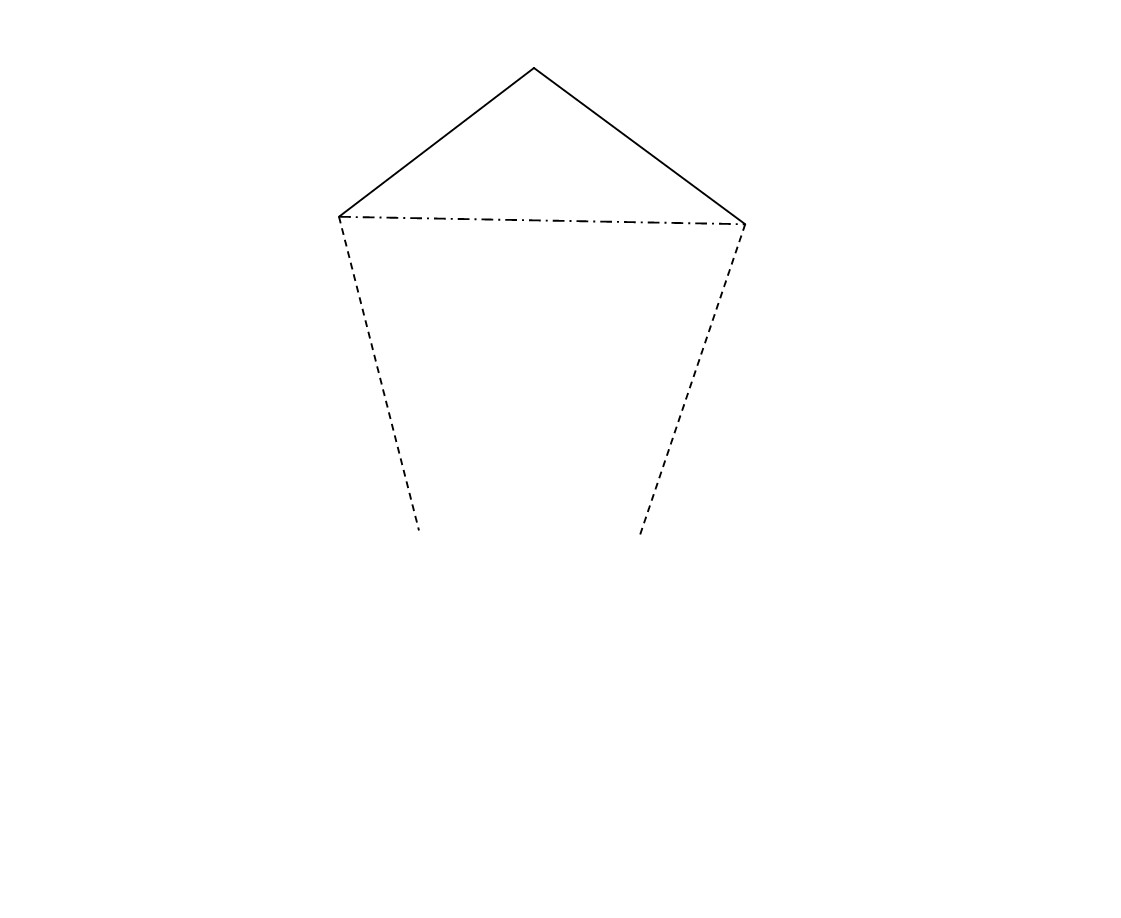 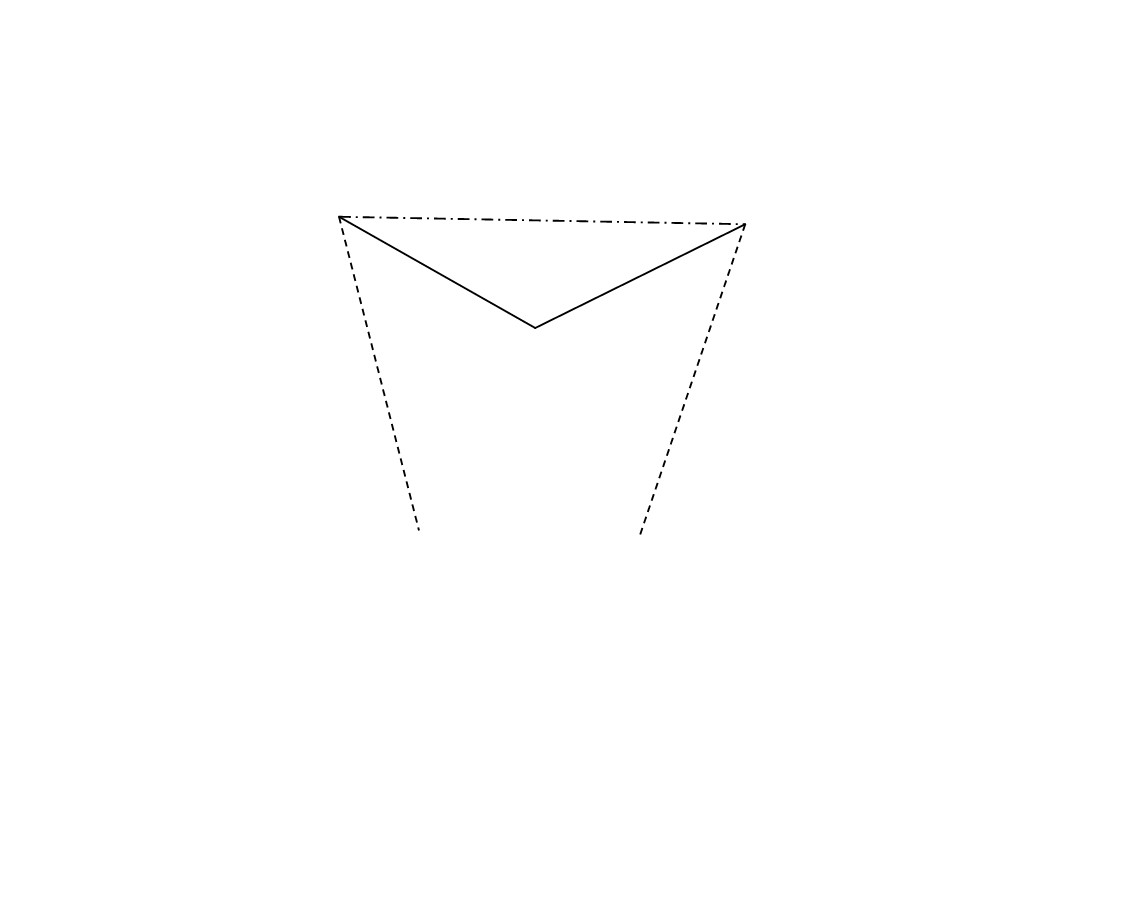 ?). Then we form a $N$-sided polygon, and by the induction hypothesis and $\angle$ sum of $\triangle$, we can prove the formula holds for $N+1$.

But, moreover, do we need to consider this case 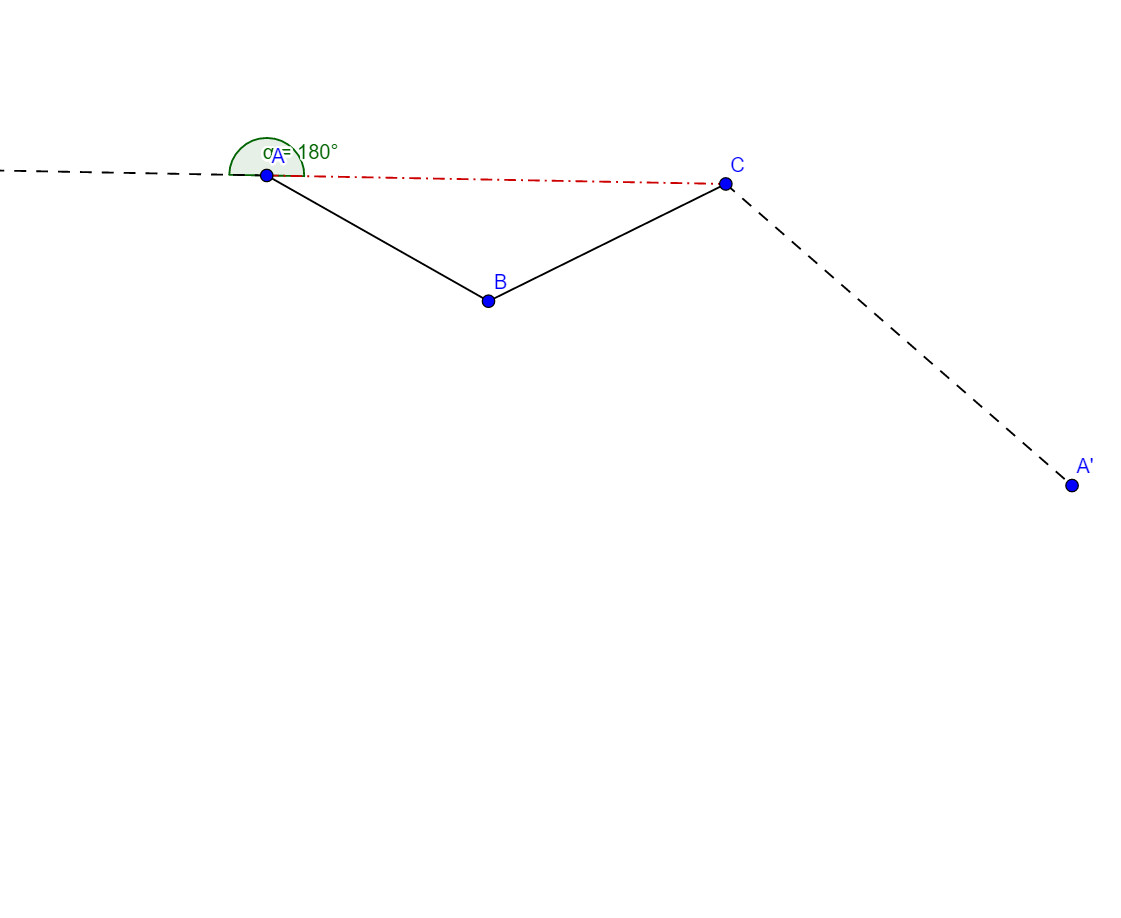 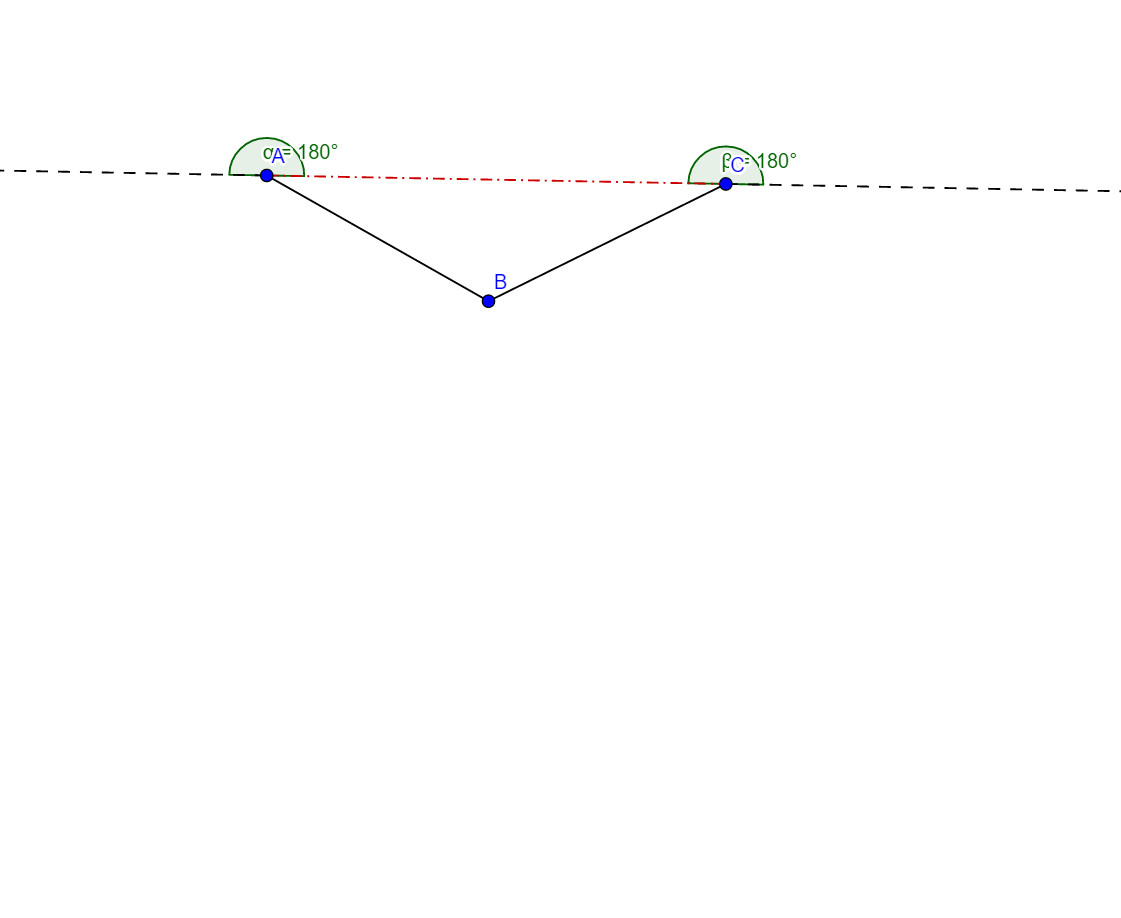 TO SUM UP, How can we consider all possible cases and make a rigorous proof? Most importantly, I want a justification of the constructability(I mean whether the graph is constructable/valid, not for the Compass-and-straightedge construction)and generality of a graph, if there is a graph in the proof.

Remember, as I said above, I am looking for a rigorous proof, not an usual one.

Thank you so much for your answer :)

NOTES:Does the ways in this help?

The existence of triangulations for simple polygons follows by induction once we prove the existence of a diagonal. For a proof, see Chapter 1 of Discrete and Computational Geometry by Devadoss and O'Rourke. This chapter is freely available. The picture below from that chapter that captures the gist of the proof:

See also Diagonals: Feature Column from the AMS by Malkevitch.

2
Angle Sum of Self-intersecting polygon
1
Smallest and largest possible angles of given polygon
3
Does the sum of exterior angles of a simple, convex polygon truly = 360°?
0
How many pairs of diagonals of of a odd sided regular polygon intersect within the interior the polygon?
0
Interior angle of spherical polygon given the coordinates of vertices in spherical coordinates
1
Why is the sum of all external angles in a convex polygon $360^\circ$ and not $720^\circ$?
1
How to measure an angle in a polygon that is more than 180?
1
Exterior angle definition in the case of concave polygons.
4
Proof that the sum of exterior angles of a complex polygon or a non-planar polygon is greater than 2 Pi