Can a 'closed' curve be a function?

For a 'closed' curve (I don't know if there is such in mathematics called closed curve, but I mean a curve which is 'closed')
e.g.1) 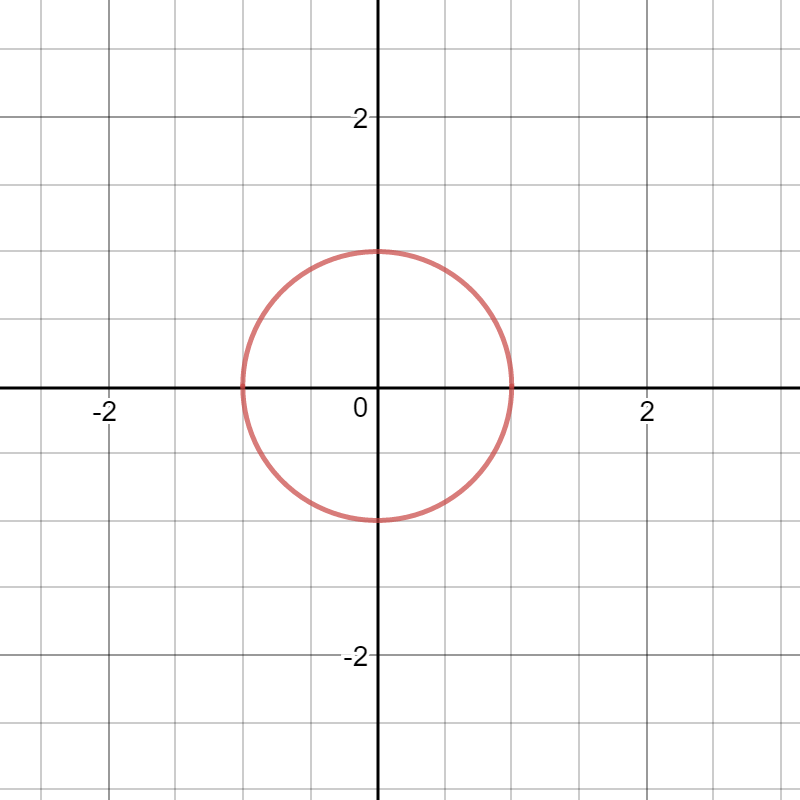 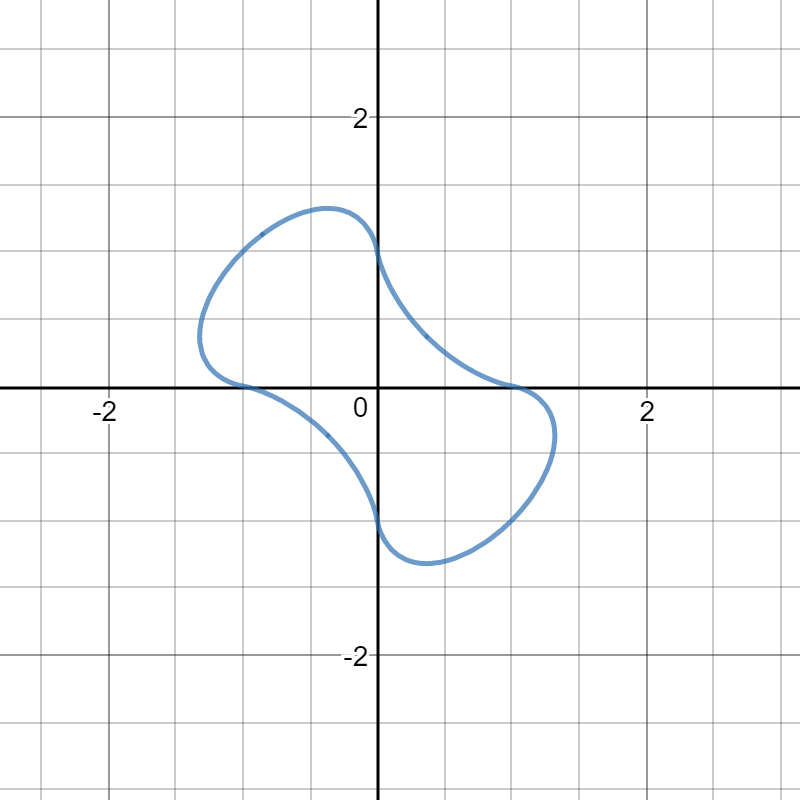 It is the function $f$ which is in my another post.

It cannot be the graph of a function $\mathbb{R} \rightarrow \mathbb{R}$ for the reason you stated: functions must have a unique output for a given input, and therefore their graphs must pass a "vertical line test". However, closed curves can be "graphs"$\mathbf{^\dagger}$ of functions $\mathbb{R} \rightarrow \mathbb{R}^2$. These are parametric functions (in two dimensions), which are of the form $f(t) = \langle x(t), \ y(t) \rangle$. For examples, the unit circle is given by $f(t) = \langle \cos(t), \sin(t) \rangle$ for $0 \leq t < 2\pi$ (technically this restriction on $t$ is unnecessary if you don't care about tracing it multiple times), and a line of slope $m$ passing through the origin can be parametrized as $f(t) = \langle t, mt \rangle$ for $-\infty \leq t \leq \infty$.

Notice that there's a fundamental difference in these graphs: the "ordinary" graphs that we're used to for functions $\mathbb{R} \rightarrow \mathbb{R}$ have an axis dedicated to the input variable, whereas the parametric plots have no visual representation for the input ($t$-value); both coordinates encode output information. Because of this, there is little restriction on how "graphs" of functions $\mathbb{R} \rightarrow \mathbb{R}^2$ can look. In particular, they do not have to adhere to the "vertical line test" and can be self-intersecting.

Moreover, as Mark Bennett points out in the comments, we can have closed curves arise as the graphs of polar equations, which have a reference angle, $\theta$ (w.r.t. the positive $x$-axis) as an input and a "distance from the origin" $r$ as an output. Because these graphs encode input data, they are not quite as free as parametric curves and must adhere to an analog of the "vertical line test": any ray with its tail at the origin cannot intersect the graph more than once for any $\theta$ in any given half-open interval of length $2\pi$, such as $[0, 2\pi)$. The need for this "interval addendum" is due to the fact that the inputs $\{ \theta + 2k\pi \ | \ k \in \mathbb{Z} \}$ for a given $\theta$ are "the same", graphically, despite actually being different.

Enough semantics. The moral of the story here is that we need to specify both the domain and range of the functions to be considered and exactly what the coordinates on our graph paper represent.

$^\dagger$The reason for these quotes is that the term "graph", according to many mathematics texts (e.g. Wikipedia), refers specifically to the Cartesian plot of a set of ordered pairs $\{(x, f(x))\}$, i.e. a set of ordered pairs where each pair includes the function input. So when we plot the set of all outputs from a parametric function, what we get is not "graph" as such; rather, we are seeing a visual representation of the image of the function, and if the function is continuous, "parametric curve" or simply "curve" would probably be my preferred descriptor for the resulting shape, which at least agrees with Wikipedia's usage of that term.

A simple closed curve can't be the graph of a 1-variable function on $\mathbb{R}$. By the Jordan curve theorem, a closed curve partitions its complement into two parts, a bounded interior and an unbounded exterior. Pick any point in the interior and consider the vertical line through it. Since the interior is bounded both the ray on the line above the point and the ray below the point must leave the interior. The points where they leave correspond to failures of the vertical line test, hence the curve can't be the graph of a function.

Question: is the Jordan curve theorem equivalent to the statement that a simple closed curve is not the graph of a function with respect to any choice of coordinate system? If you knew this fact about simple closed curves, could you use it to prove the JCT?

A function transforms an object (number, vector...) in an object which is unique. With parametric functions it is absolutely the same :
For a given value of the parameter, $t$ for example, the image is unique. But between two images a relation may exist like it is the case with $cos t$ and $sin t$. On a graphical point of view the image $f(x)$ is unique is shown by the fact that for each point of the curve the ordinate is the unique image of a given absciss. So if $f$ is a function the curve which represents $f$ can't be closed. If you draw $f(x)=\cos x$ and $g(x)=\sin x$ you get two non closed curves because f and g are two functions of the variable x.
But if you draw the relation between $f$ and $g$ you get a closed curve because $f$ is not a function of the variable $g(x)$

Not the answer you're looking for? Browse other questions tagged real-analysis general-topology functions implicit-function or ask your own question.

2
Is this parametric curve space-filling? Why or why not?
3
For any curve of unit length there exists a closed rectangle with area at most $A$ that covers the curve.
1
Trajectory of Circumference [circle] Rolling Down any Given Curve
4
How can a simple closed curve not look locally like the rotated graph of a continuous function?
0
Analysis, continuous curve, non-existence left right derivative
4
Can a simple, closed curve be homeomorphic to a closed curve that is not simple?
160
What functions can be made continuous by "mixing up their domain"?
2
Is it a Closed Curve?
5
Can someone help explain the behaviour of the implicit equation $x^n+y^n-n^x-n^y=0$, specifically the significance of the number 1.9667894071088...?