I read this post, as well as many others, and am still confused. 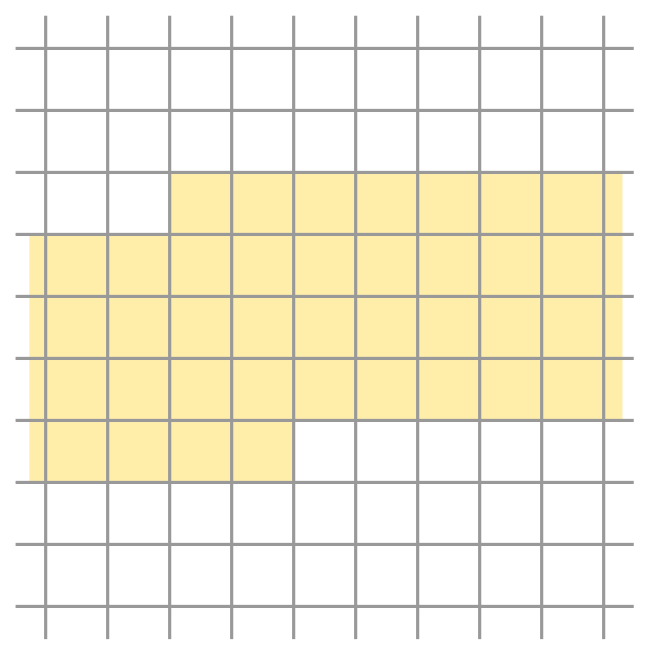 The colored region should represent the "open" set. Note that the first coordinate is the top-down-direction, the second one the left-right-direction (might be flipped compared to usual mathematical plots). These open sets have (at most) two incompletely filled "lines", the upper and the lower one. All "lines" in between are completely filled. The first and the last line have open ends, something which is not representable in this discrete visualization.

as highlighted in the following discrete visualization: 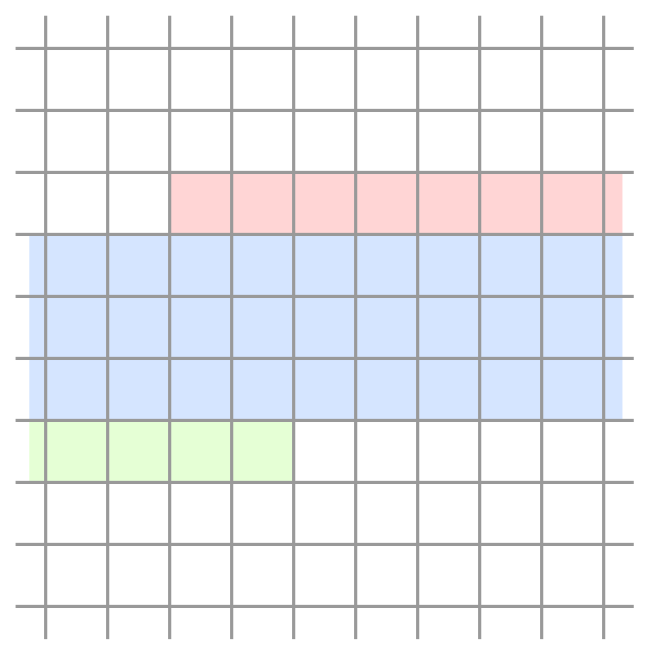 The topology that you have described is called the dictionary order topology on $\mathbb R \times\mathbb R$.

Assume that you are a librarian, any you have two books in your hand with inner library code $C3$ and $E2$.

Now, what first you do is that you compare the alphabets of the library codes of the books, namely you determine whether $C <, >, = E$ in the natural sense. In this case, since $C < E$, you do know that in a shelf starting from left and going to right, you put the first book, with the code $C3$, to the left of the second book, with the code $E2$, in that shelf.

Now, coming to you question, in the dictionary order topology $\mathbb R \times\mathbb R$, you do the same thing, given two elements $(a,b)$ and $(c,d)$, you first compare the first inputs, or say components, of the elements, namely you check whether $a <, >, = c$ in the usual sense, and if $a = c$, you check the second component of the elements, and determine which element is "less" than other element.

Not the answer you're looking for? Browse other questions tagged general-topology order-topology or ask your own question.