My Attempt. Consider the figure below. 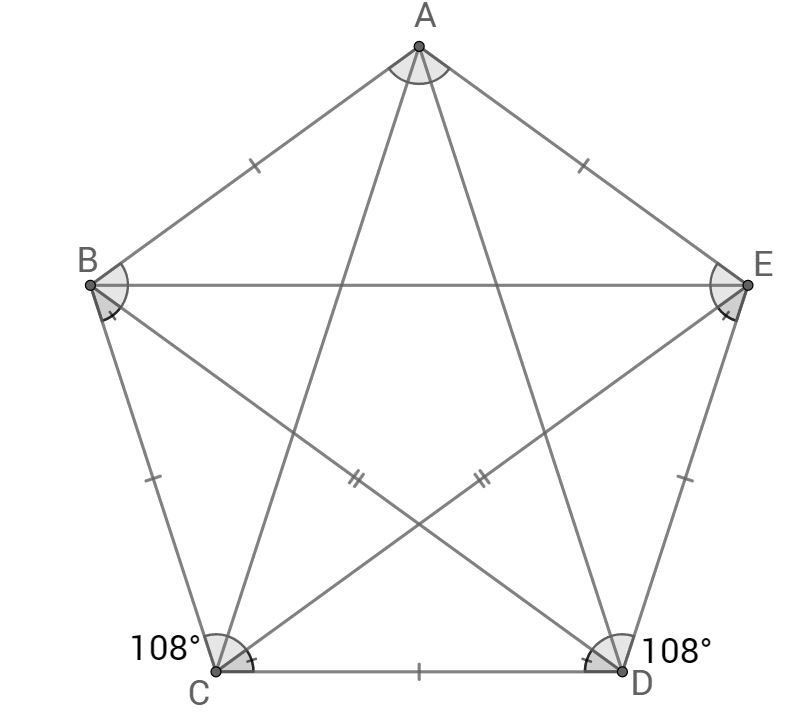 Look at $BCDE$. One can complete this quadrilateral into a regular pentagon $A'BCDE$. All one has to do is prove that $A'=A$. But the triangles $ABE$ and $A'BE$ both have the same side-lengths, and so are congruent. As both $A$ and $A'$ lie above the line $BE$ then $A=A'$.