I have a rectangle made up of 30 identical squares (5 tall and 6 wide).

By only drawing two lines on the rectangle, split the rectangle into 4 parts where the areas are in the ratio 1:2:3:4.

How would one go around doing this? I tried for a solid hour or two; but to no avail.

Disclaimer: This question is NOT created by me. 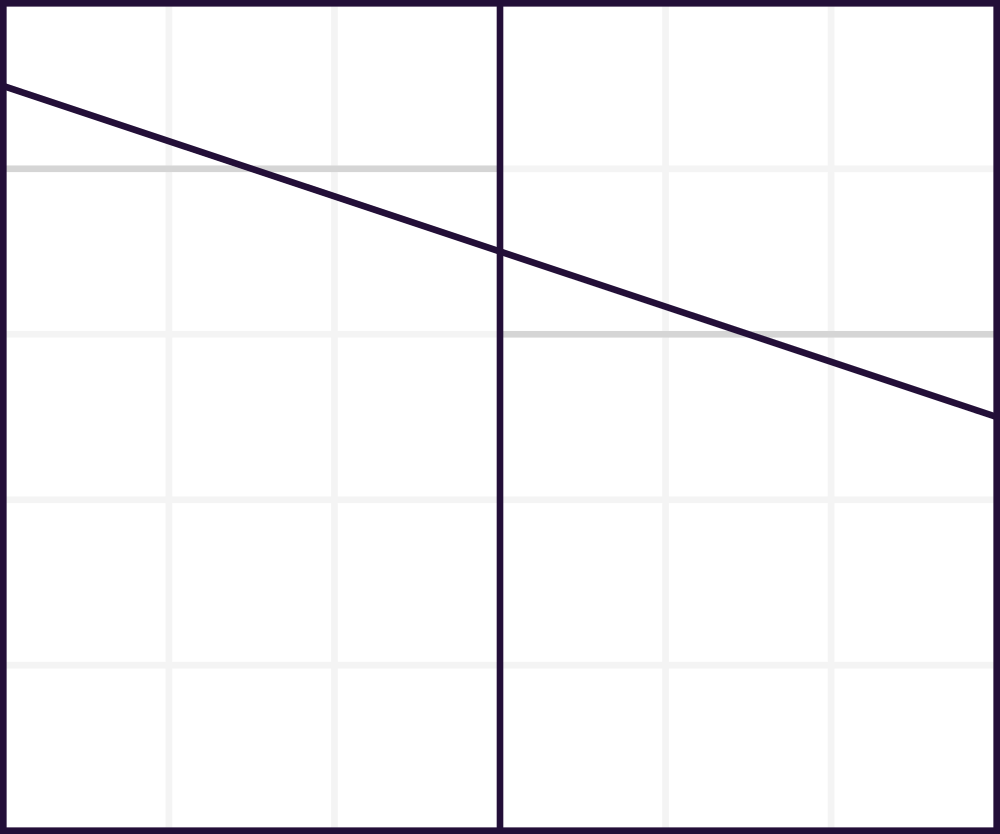 First, divide the rectangle equally on its long side, as suggested in the comments. In the left rectangle, mark the point that is $\frac45$ of the way up and centred horizontally; do the same for the right rectangle, but mark the point only $\frac35$ of the way up. Then draw the line connecting the two marked points. Since this line crosses the left and right edges of the whole rectangle, the four small triangles shown above (bounded between the purple and darker grey lines) have equal area, so the left rectangle is divided 1:4 and the right rectangle divided 2:3. Overall, the rectangle has been divided into four parts with ratio 1:2:3:4.

This solution does not require moving the pieces as in Donald Splutterwit's answer. 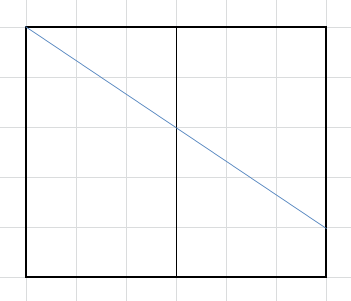 You need to move the two pieces into the right positions before you perform the second chop. 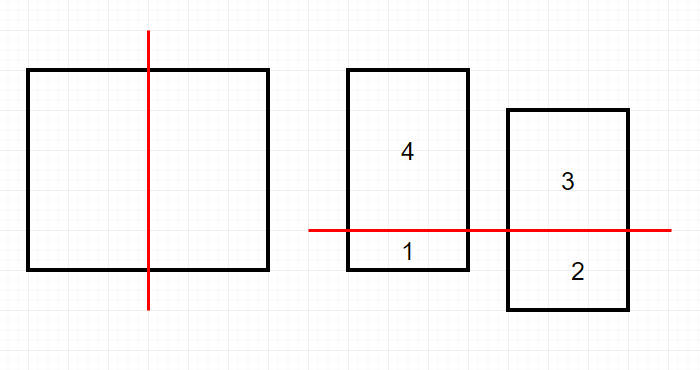 There is a one-parameter infinite family of solutions. Below is an algorithm to find them all. As a spoiler, I'll point out up front that this algorithm works equally well for any convex subset of $\mathbb{R}^2$--not just the particular 5 by 6 rectangle in question. 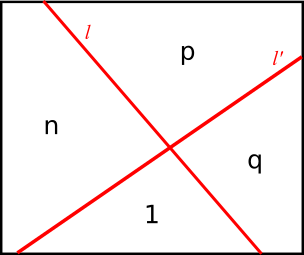 Algorithm step 1: Pick an arrangement of regions from the 6 possibilities.

Let's now examine what happens if we pick a particular orientation for the line $l$ (as specified by e.g. a unit vector, or an angle with respect to some reference line) that runs along the anticlockwise side of region 1, as shown in the figure above. Let $n$ be the number of the region that is the clockwise neighbor of region 1. Then we want $l$ to divide the rectangle into two regions, one with fraction $\frac{1+n}{10}$ of the total area. If we imagine sweeping $l$ across the rectangle, we see that all the area moves from one side of the line to the other in a monotonic way. By the intermediate value theorem, there is a unique line $l$ that does the job.

Algorithm step 2: Pick an orientation for line $l$. By the above remarks, this specifies the line entirely.

Now I claim that the position of the second line $l'$ is uniquely specified by the choices we have already made. This follows from three observations:

Summary: The division of the rectangle can be specified uniquely by two choices: The arrangement (1,n,p,q), and the orientation of the line $l$. 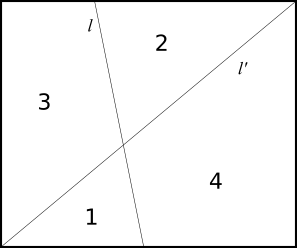 Not the answer you're looking for? Browse other questions tagged geometry puzzle ratio or ask your own question.