Here is some background on adjoining elements from Artin:

I'm not sure I understand the "dropping bars" part. Why can we drop the bars?

Here is a theorem following this discussion: 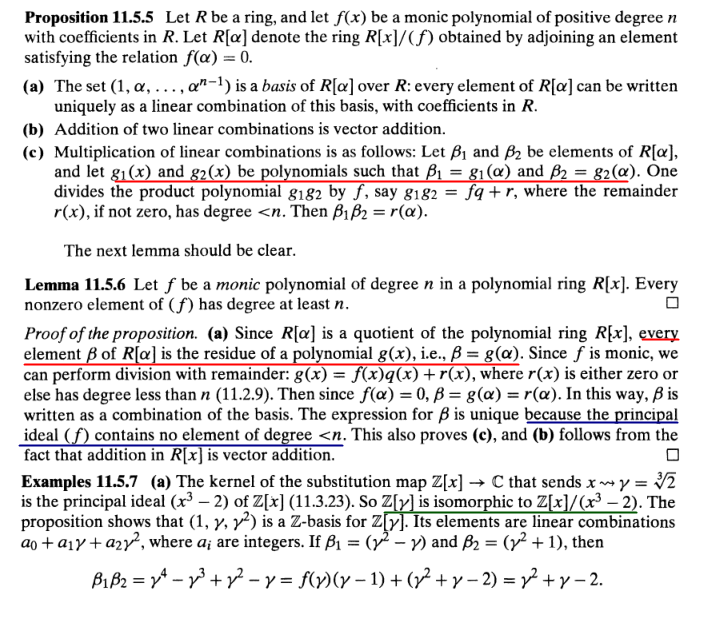 (i) Yes, this is the same "dropping bars" game. We write $a_i$ for $\overline{a_i}$ and just remember that we are working in the quotient.

Not the answer you're looking for? Browse other questions tagged abstract-algebra ring-theory or ask your own question.