Area inside the curve $r=1+\cos\theta$ in polar coordinates

Plot of this curve in polar coordinates looks like this. 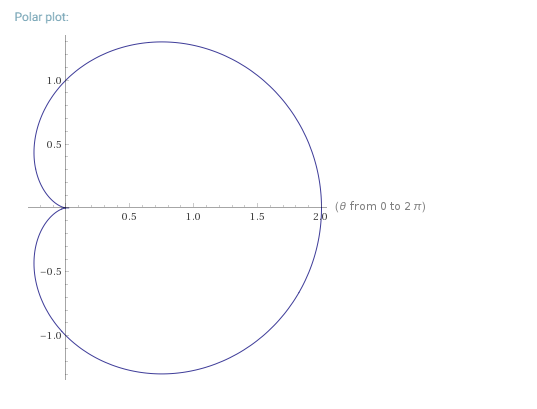 Now i would like to compute area inside this curve. Now one reason that this kind of task feels difficult to me is that i don't think i understand polar coordinates system very good. For starters i haven't ever computed anything in this coordinate system. However i do know how to compute various areas in euclidean plane / euclidean space

the equation isn't represented in polar form. So there needs to be some kind of conversion between these two coordinate systems. 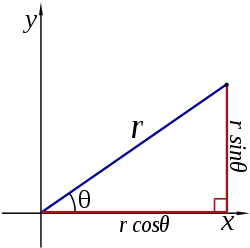 So i would like to have it in form where $(x,y) \mapsto (r\cos \theta,\ r\sin \theta)$. I have formula expressed in terms of $r$ which gives me length of hypotenuse with various inputs (when we are in polar coordinate system). I could probably define this in parametric form.

Now if i create plot of this parametric equation in Matlab i should get same result as from WolframAlpha. 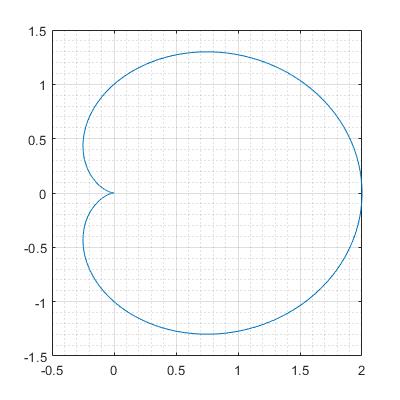 Now i have parametric equation which describes the $r=1+\cos\theta$ in polar coordinates. How do you compute the area from this ? It is visible from the image that there is symmetry between areas where

$$ \mathrm{area}([0,\pi]) = \mathrm{area}([\pi,2\pi]) $$ Maybe this can be used as to our advantage when computing area with integrals. I haven't computed any integrals with parametric equation's so maybe someone could help with that ?

If someone does that would be highly appreciated.

We can obtain this formula by dividing the curve into infinitely many thin sectors. (each subtending angle $\rm d \theta$ at the origin)

Now integrate both the sides,