What does it mean to say that a function of an arbitrary norm is “continuous with respect to the 1-norm”?

I am trying to understand a proof of the equivalence of all norms. Many of the proofs start by showing that two arbitrary norms $|| x ||_p$ and $|| x ||_q$ are equivalent to $||x||_1$ and thus the equivalence relation

This is done by first constructing the inequality

This process is described succinctly here

Though I don't exactly understand what it means when it says "Finally we show that $f(x)\dots$ is continuous with respect to the $||.||_1$ norm".

I think I understand the concept geometrically. For instance, the $||x||_1$ norm is the unit circle/ball, and if we "draw" another norm enclosing this (by selecting $\alpha, \beta$ so that it does enclose), we are basically creating the first inequality stated. 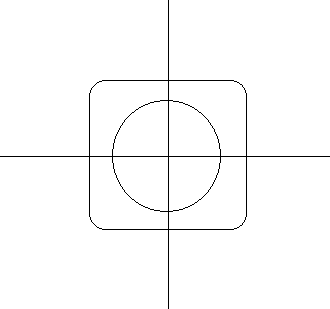 Could someone explain the final step of this proof visually/geometrically with some light rigorous math information to back it up?

Not the answer you're looking for? Browse other questions tagged vector-spaces vectors norm normed-spaces or ask your own question.

1
Tangent vectors as curves equivalence relation
1
Why Is the $ {L}_{2,1} $ Mixed Norm Non Smooth?
1
Difficulty understanding the proof of equivalence of all norms over $\mathbb R^{n}$
0
Prove by Induction that Norms in a Finite Dimensional Space are Equivalent?
1
Showing that equivalent norms in $\mathbb{R^{n}}$ implies equivalent limits?
3
On the proof that $\|\cdot\|_1,\|\cdot\|_2,\|\cdot\|_\infty$ are equivalent on $\mathbb R^n$
1
How to properly estimate a Schwartz function
1
In what sense is the L2 norm the canonical norm on $\mathbb{R}^n$ but the max-norm is the canonical norm on $\mathbb{Q}_p^n$?
0
Show that the Frobenius norm is compatible with the euclidean norm