I essentially have a constrained curve fitting problem that I need to solve efficiently.

The following problem arises when performing practical calibration of RSSI (signal strength), providing functions that a machine can use to transform its internal reading of signal strength into the actual supplied signal strength.

I have a list of calibration test points, that need to be curve-fitted, that look something like this: 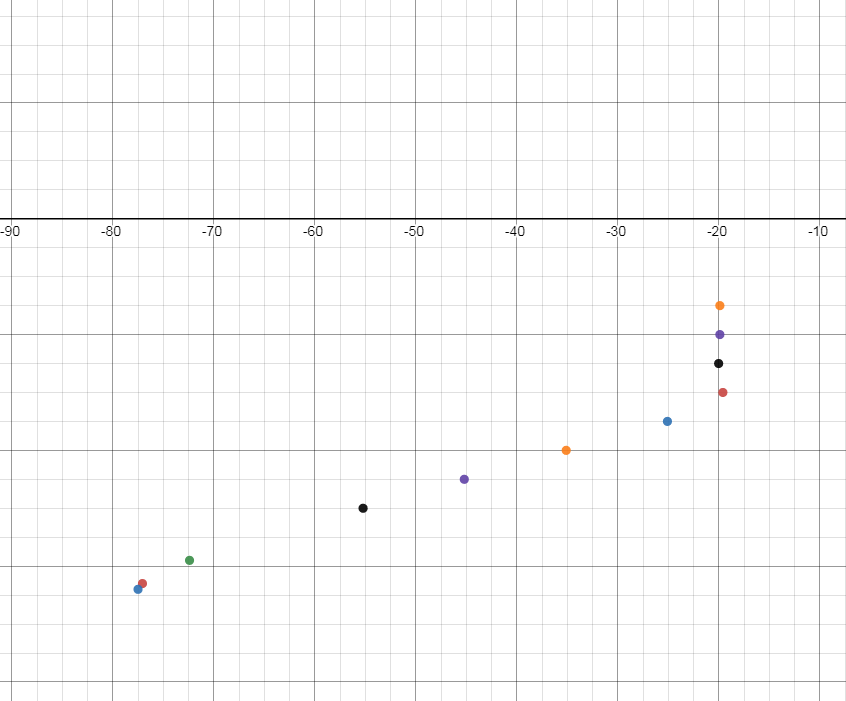 The problem is, as a hard constraint, I need to represent this as a piece-wise quadratic function, specifically, 3 pieces ("segments").

My first attempt at an algorithm was as follows:

The min and max are given, and this is known before-hand, so they are not part of the problem.

After doing the initial fit and finding the inflection points (the x values, at least), we have: 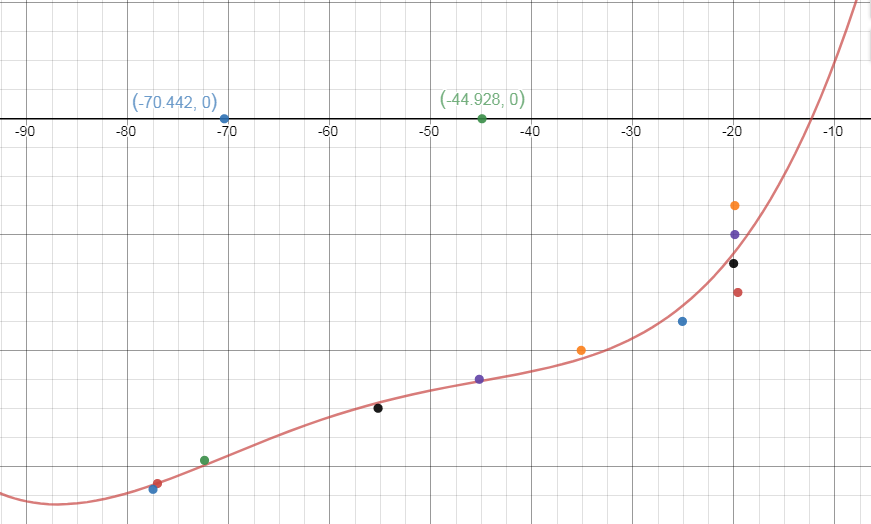 However, following this algorithm produces the following curves: 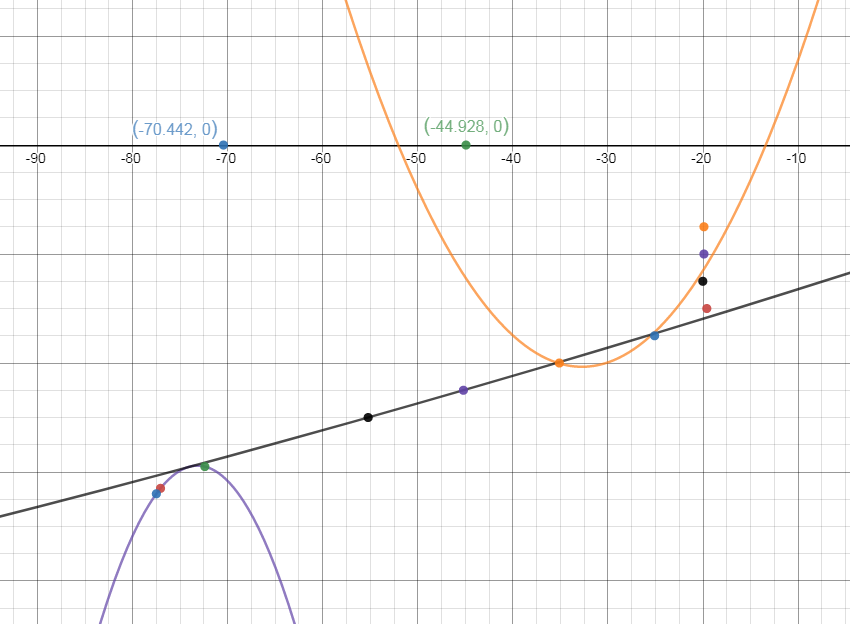 Clearly, this is not optimal.

Heuristically, I think the segments should look more like this: 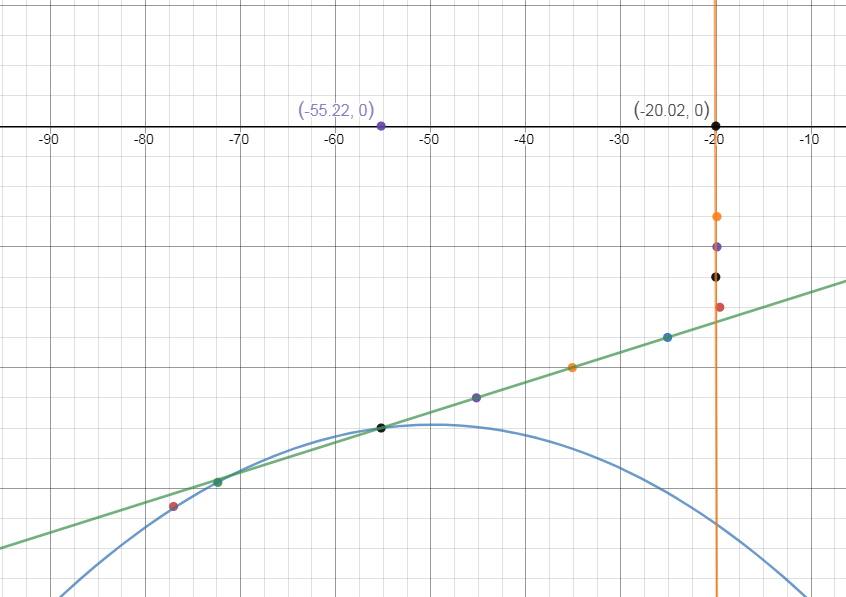 Right now, I am considering fudging it, by

Following the fudging approach above, I would get something like this for this example: 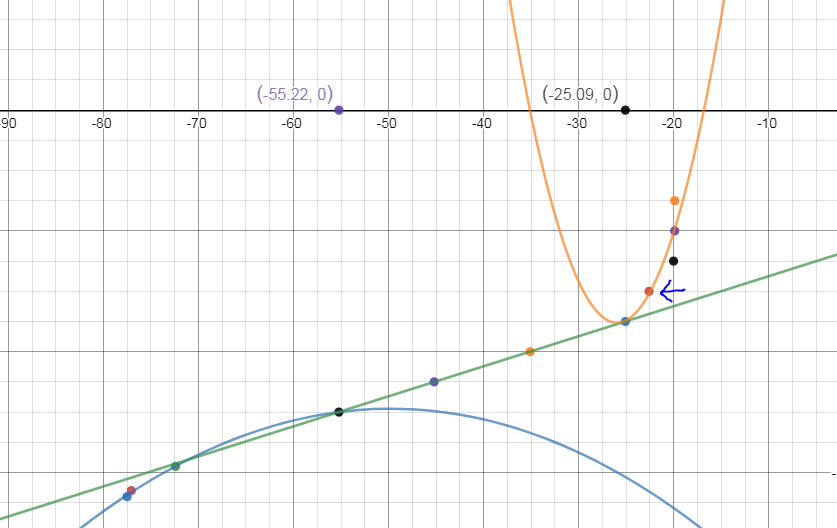 Although this is fundamentally an approximation/programming problem, I figured you mathy people might know a more rigorous way to solve this type of problem. Specifically:

As a side note, I am a programmer, not a mathematician, so advanced notation will probably be lost on me.

Browse other questions tagged curves least-squares approximation-theory or ask your own question.