Prove that the shortest side of one triangle is the longest side of another, given 3 pairs of points.

I have received this question and am having great difficulties. I don't even know how to try to solve it.

6 points are given in a room. These points are pairwise differently distant from each over. However no 3 points may lie on a straight line. Observe all triangles whose corners are the aforementioned points.

Now prove that there is always one triangle whose shortest side is the longest side of another triangle.

I was so scared by the length of your answer that concentrated all my mind power for an insight about such a method and after a few minutes found a solution. :-)

Consider a complete graph $K_6$ whose vertices are given points. Color its edges as follows. If a segment between the vertices is incident to the edge is the longest side of some triangle then color it red, otherwise color it blue. By a well-known fact, there exists a triangle $T$ with monochoromatic edges. If $T$ is blue then the edge between the endpoints of its longest side should be colored red, a contradiction. So $T$ is red and then its shortest side is a longest side of some triangle.

I'll first start with some simple lemmas, then divide the proof into three stages.

Lemma $\triangle$: A triangle formed by three (S) sides contains an (L) side.
Lemma $\star$: If three (S) sides share a common point, then the "goal" in the previous section is achieved.
Proof:

These two lemmas are the keys to end this game. 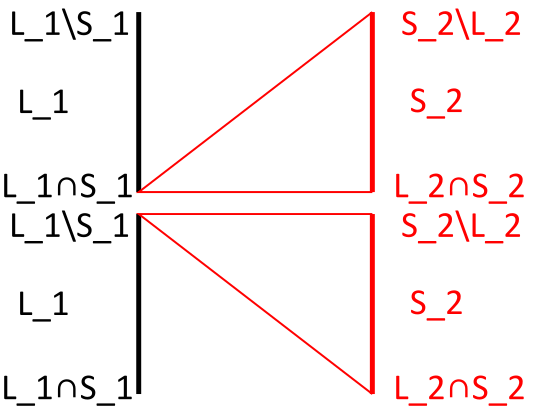 For these two cases, move to next round. 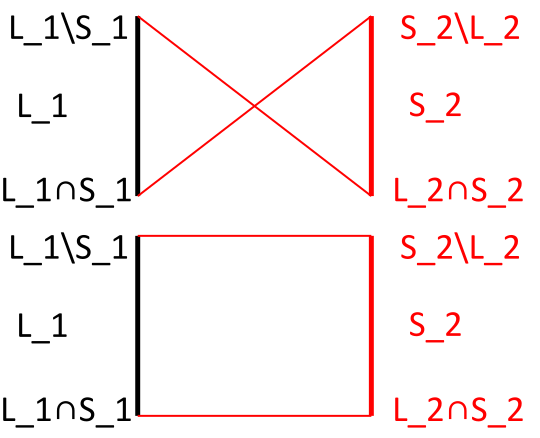 Team 2 now do the same to team 1. The ideal cases are omitted to save ink.

Round 3: Mobilise the commoners

So there are fifteen sides of different length with which twenty triangles are formed.

What else? I believe the end is almost given so I invited young beginners to win the offered bounty. Go ahead!

Not the answer you're looking for? Browse other questions tagged geometry contest-math triangles combinatorial-geometry ramsey-theory or ask your own question.

6
Smallest square containing a given triangle
4
How to prove that equilateral triangle formed by cube's corners cannot be fully inserted to this cube
4
Find the equation of a line that bisects a set of points
3
A plane contains a set of marked points, such that any three can be covered by a unit disk. Prove that the entire set can be covered by a unit disk.
4
Algorithm to find the shortest path between 2 points on a 3D triangle strip
5
Let $ABC$ be a triangle. Points $D$ and $E$ are located on side $BC$ such that $\angle BAD=\angle DAE=\angle EAC.$ Prove that $AB=AC$.
0
How do I prove that the area of any triangle can be obtained using “Heron’s Formula” $\longrightarrow A_t = \sqrt{s(s - a)(s - b)(s - c)}$?
3
Find the triangle(s) formed by nine arbitrary concyclic points on a circle