I am attempting to perform the following the double integral: 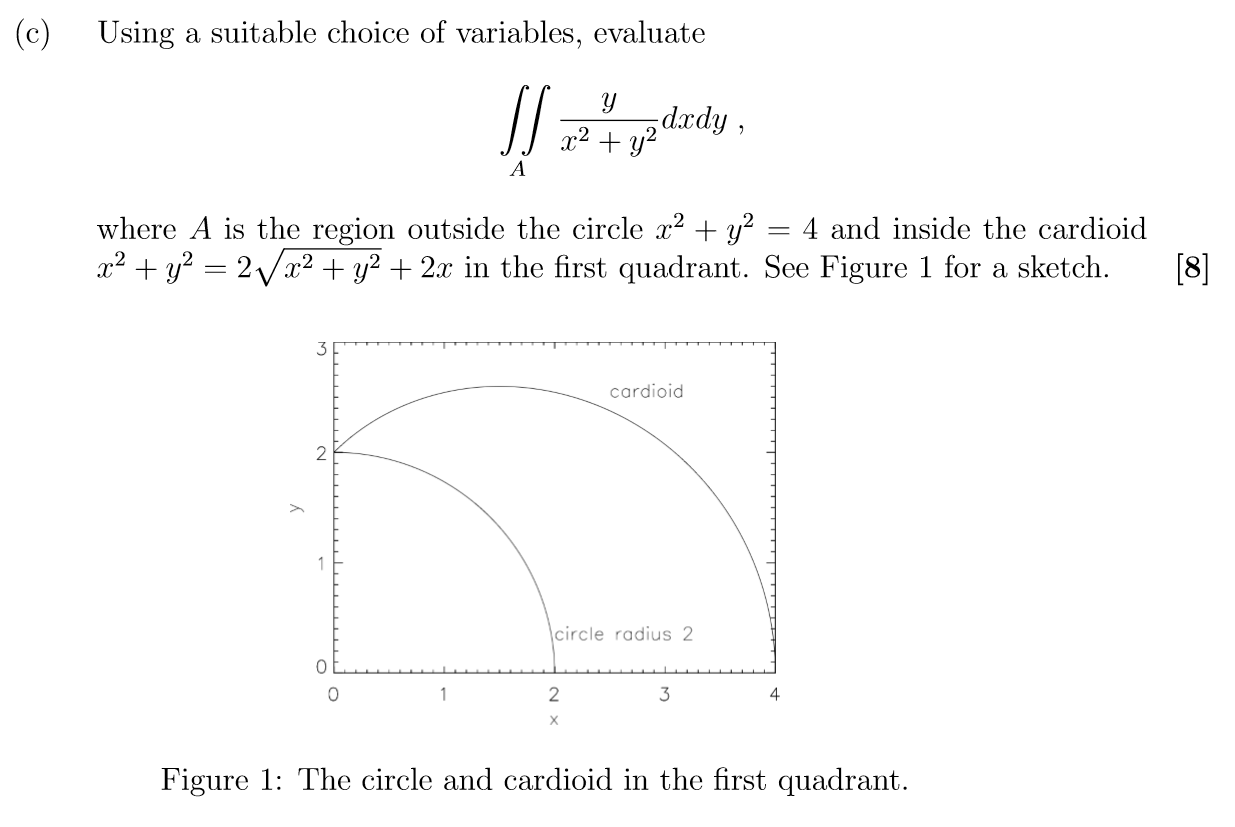 And I believe it's being shoved in my face to use these variables to integrate the function I see in the figure. This is clearly polar coordinates, and I would agree this would be a good idea in this case.

How do I work out the $u$ limits? Perhaps $2x = 2u\cos\theta$ since this is basically polar? But then I have

Which I don't think works out, because I can't have limits in terms of $u$ to work this out, as the limits either have to be in terms of other variables or constants to end up being solveable. What should I do?

Not the answer you're looking for? Browse other questions tagged multivariable-calculus multiple-integral jacobian change-of-variable or ask your own question.