Using some suggestions from the other commenters:

We need a non-abelian group, since all subgroups of abelian groups are normal. One small candidate is $D_8$, the symmetries of a square, here in a little more detail about how we might go about finding examples: 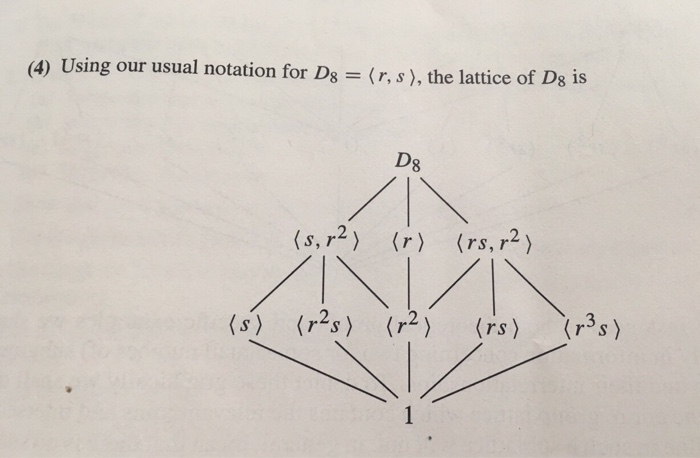 (Picture of Dummit and Foote I found on the web)

Not the answer you're looking for? Browse other questions tagged group-theory examples-counterexamples normal-subgroups or ask your own question.