Upper bound on the number of intersections for a given triangulation

My current best lower bound (and I suspect that this is tight) on the number of intersections is $(n-2)\cdot2$ based on the following example (ignore the arrows, for every point added to the bottom we obtain 2 additional intersections by connecting it to the two top ones): 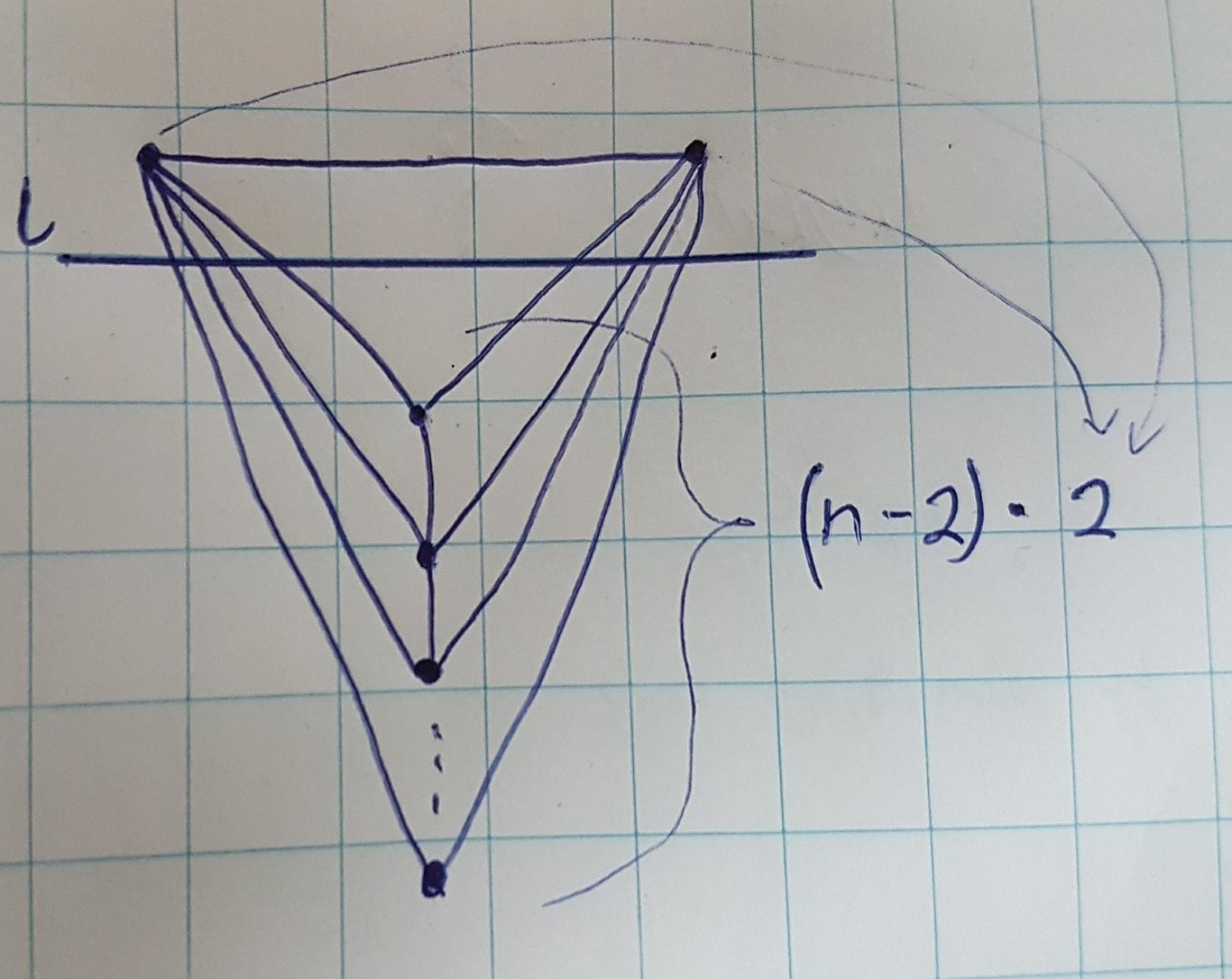 The intersection line divides the set of $n$ points into two groups, $A$ and $B$.

Therefore we irrevocably discard (at least) one point from consideration with every intersection and the maximum number of crossings is therefore $\fbox{$n{-}1$}$ (as we need two points to define each triangulation line).

The above argument is good for convex polygons.

Following the example given, it seems there is no particular constant upper bound above $n$ for non-convex polygons, since we can make repeats like this which approach $\frac 43 n$: 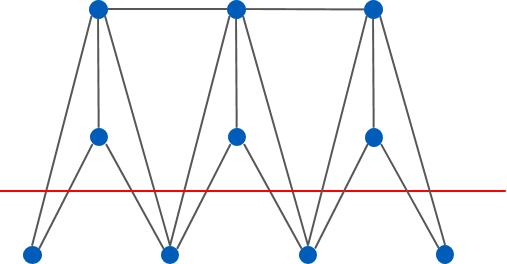 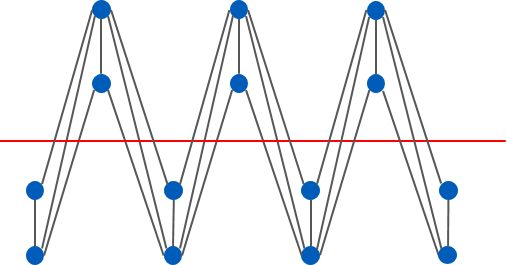 The general (non-polygon) case has the intersection line dividing the $n$ points into two groups and cutting edges that cross between those two groups.

Thus the maximum number of edges in a planar bipartite graph on $n$ points will give an upper bound on the answer.

Recalling Euler's $e+2=v+f$ for planar graphs, we can find this maximum.

Not the answer you're looking for? Browse other questions tagged geometry polygons triangulation or ask your own question.