Whoever finds a norm for which $\pi=42$ is crowned nerd of the day!

Can the principle of $\pi$ in euclidean space be generalized to 2-dimensional metric/normed spaces in a reasonable way?

In other words: the scaling factor required to make x a part of the border of D. This allows us to easily find norms for most geometric shapes, that have exactly that Geometric shape as a unit circle and have the property, that the choice of the radius for the definition of $\pi$ is insignificant (for example $\pi=3$ is calculated for regular triangles with (0,0) in the centroid).

Questions Any other interesting norms? Is this definition reasonable, and is there any practical use to this? Feel free to share your thoughts. Mind me if I made some formal mistakes. And especially, how do I define a norm with $\pi=42$?

Prince Alis Answer below shows that there can be no such p-norm, for which $\pi_p=42$, In fact this holds true for every norm. However, you can easily define a quasi-norm that has any arbitrary $\pi_{\|.\|}=\kappa\gt\pi$. For example, 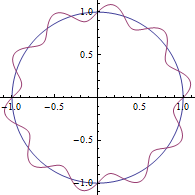 I believe I do have a partial answer to your question but I do not claim credit for it. http://www.jstor.org/stable/2687579 is the paper I am referring to. Undoubtedly Miha Habič is referring to the same thing. And here I will summarize the relevant info from the paper.

Then the authors prove that the (global) minimum value of $\pi_p$ indeed occurs when $p=2$. And numerics seem to suggest that $\pi_p$ is always between $[\pi,4]$ so the answer to your question seems to be that there is no $p$-norm in which $\pi_p=42$.

One setting where this can be worked out is on 2-dimensional Riemannian manifolds (which have a metric in the metric space sense that's induced by the Riemannian metric). If you haven't heard about this before, Wiki has an introduction to what this means, with lots of pictures.

I think your definition is reasonable and might produce some interesting results.

For example, if we put the taxicab metric on the plane, we should get $\pi_X$ = 4. Also, people say that if $\pi$ were 3, circles would be hexagons, which suggests that there's a metric on the plane that would make both of those true. I'd be curious to know what other $\pi_X$ values you could get.

You'll probably want some more conditions on your metric space. For example, probably the symmetries should act transitively on $X$ so that it doesn't matter where you put your disk. And maybe there should be scaling maps which fix a point but multiply all distances by a constant factor. In any case, to get a consistent $\pi_X$ you should be able to take a disk of any size.

When you finish doing these yourself, you can look up some literature by searching for "girth" of normed spaces.

A similar question was asked before on StackExchange Developing the unit circle in geometries with different metrics: beyond taxi cabs They came up with the ``elevator metric" and "bus "metric".

Any normed space should have notions of length, area and volume. So you can compute pi as 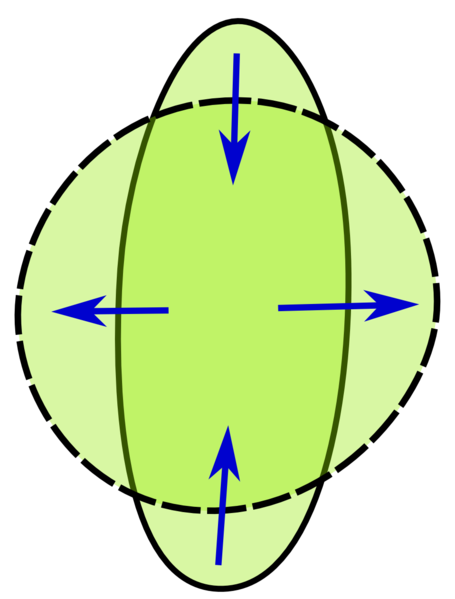 Here is a paper called Volumes on Normed and Finsler spaces which looks helpful. There is also something called the isoperimetric problem, which describes a "circle" as maximizing the area given a length.

In the group of geometries of isocurves (ie euclidean, hyperbolic, spheric), one might measure distances in a variety of rulers.

The most common is to use a ruler of the same curvature as space, which is one of minimal curvature. That is, the ruler is 'straight'. But since a great circle in spherical geometry is a limiting case of a general circle, the variation consists of $f(r)$ with $f(R)$, where $r$ and $R$ are radii of small and large circles.

A different approach is to use a ruler of zero curvature, such as might be implemented by the circumference of circles is $4\pi$ of the diameter. This kind of ruler derives in a geometry of considering every circle the intersection of a euclidean and a non-euclidean geometry, and then measuring distances in euclidean measures.

This roughly equates to supposing a spherical tiling is a polyhedron, and as long as you stick to the vertices, all pentagons look the same, and straight lines are then invoke $R$ separately.

Curvature then becomes an intrinsic measure of comparing $D/R$, both measured in the euclidean manner. For a sphere, $D<2R$, which means that the circumference of a circle is less than $C < 2\pi R$. You can find the radius of the sphere by finding the diameter (ie circumference / $\pi$ of the circle that passes through the centre, against the diameter of the larger circle. This ratio can be used to find the diameter of the circle through these points, presumably straight.

Not the answer you're looking for? Browse other questions tagged metric-spaces pi or ask your own question.

9
Uncountable product in the category of metric spaces.
5
What's the need of defining notion of distance using norm function in a metric space?
7
Is the arbitrary product of metric spaces a metric space?
4
Metric induced by a norm - what conditions should this metric meet?
1
Equivalent norm induces equivalent metric
18
What is rotation when we have a different distance metric?