But what happens in the case of more than one diameter?

A sphere with two diameters is homotopy equivalent to the wedge sum of a sphere with a bouquet (wedge sum) of three circles. To see this: 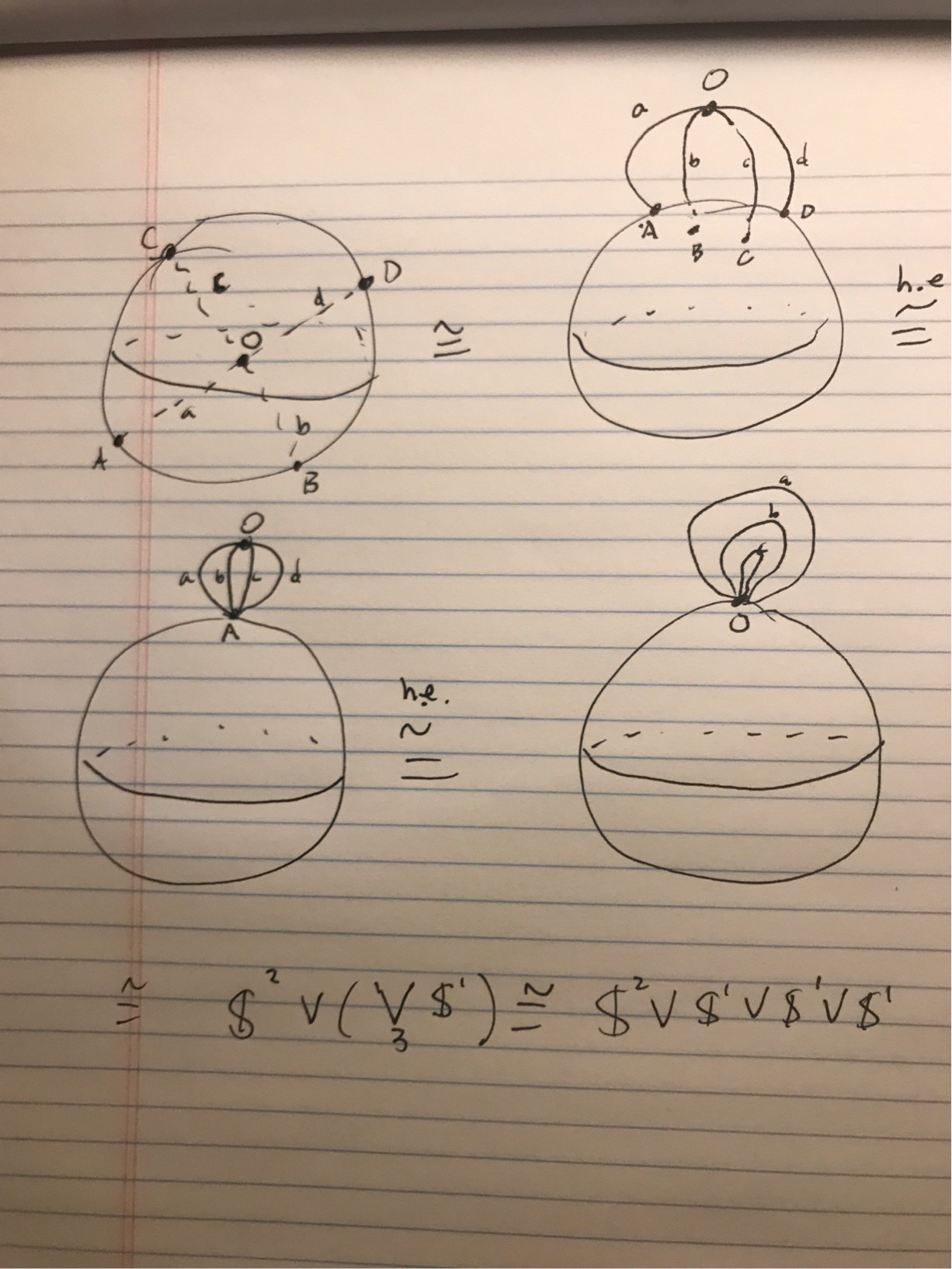 Similarly, three diameters will give you the wedge sum of a sphere with a bouquet of five circles. Fundamental group is free group on five generators.

Basepoint does not matter if the space is path connected, which this is.