Do all $2$-dimensional parametric equations have a Cartesian form?

Question as in the title. Also, if a $2$-dimensional parametric equation does not have a Cartesian form, how would one go about proving this?

First set of equations: (The square roots are difficult to eliminate.)

Second set of equations: (The term $f(t)$ is difficult to eliminate.)

Let $f$ be some differentiable relation and let $r \in \mathbb{R}$. Define

One interesting thing to note about the second set of parametric equations is that the set of points $(x,y)$ is an exact duplicate of $f(t)$, but $r$ units away along the normal through $(t,f(t))$.

I believe that you can always make one variable in an equation of two variables the "subject" of the equation. Maybe not in terms of elementary functions in very specific cases, but I'm pretty sure it's always possible. (And then substituting what you found for $t$ into the other equation is trivial.)

So, for instance, with your first set: 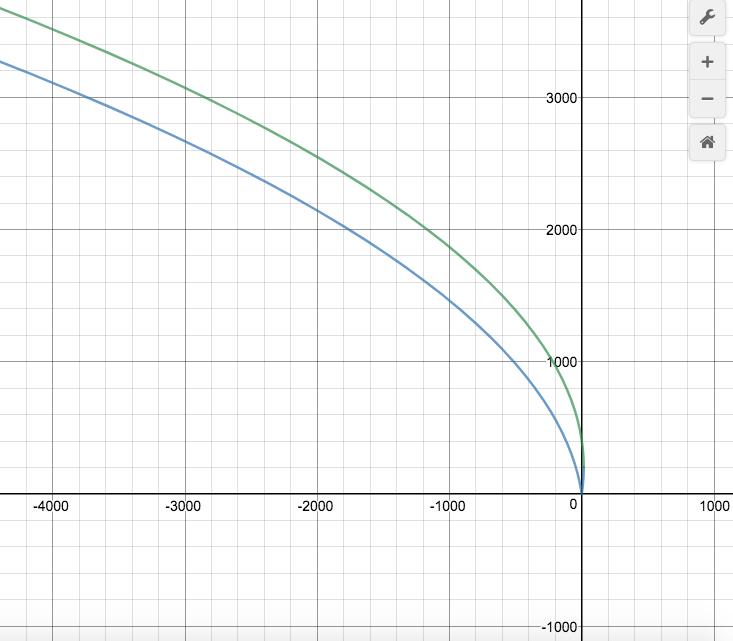 Additionally, principles of differential equations can be used.

dy/dx = g'(t)/f'(t). If that is continuous and it's derivative with respect to t divided by g'(t) is also continuous, then there exists a unique solution of y in terms of x. Mind the points where the functions are not defined, i.e. avoid division by 0.

Not the answer you're looking for? Browse other questions tagged algebra-precalculus parametric or ask your own question.