Closedness of Intersection of Closed Sets

I was reading Rudin's book of Analysis and found that it used De Morgan's rule to prove that intersection of closed sets are closed. So I was trying to find a more direct proof of this theorem rather than using other theorem to prove. Here is my attempt. 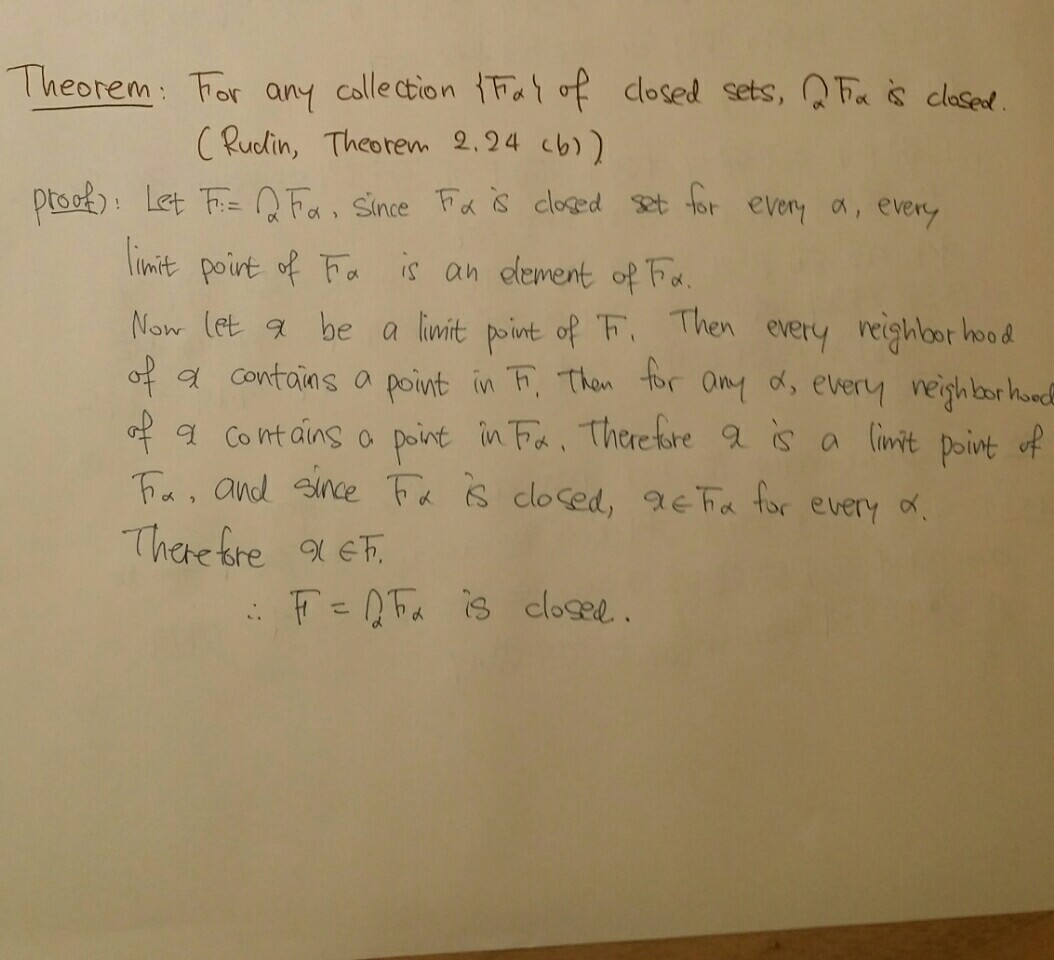 And then I thought if there had to exist a limit point of the intersection, which in case if not, my proof could be invalid. For example, consider $F_{n}=[n,~n+1] $ where $n$ is integer. Then $F=\mathbb {Z} $, which does not have any limit point, but still it is a closed set by the theorem.

My questions are the following:

$2$. According to the argument in 1, the set of natural numbers is closed. One thing to note is that the concepts of closed and open sets is relative to some reference set and the metric can affect these concepts too. See the examples below.

Not the answer you're looking for? Browse other questions tagged real-analysis general-topology proof-verification proof-writing or ask your own question.