Suppose I chose n uniformly distributed random points in a 3D cube. What is the expected value for the percentage of points lying on the convex hull as a function of n?

Just as a reference, I made the following experiment in Mathematica 8: 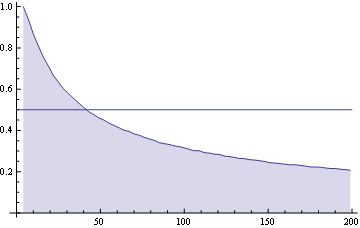 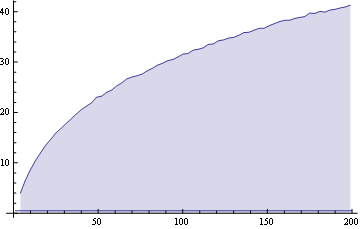 As noted by @Raskolnikov in the comments below, and confirmed by the "experimental" result, the case n=5 can be though as the Cube Tetrahedron Picking Formula wich is basically the probability of the fifth point being inside the tetrahedron determined by the other four points.

As noted by @Steven Stadnicki that is not completely obvious because you are choosing the four points beforehand and some permutation could have been left aside ... but the experiments confirm the @Raskolnicov reasoning.

I fitted the data using Eureqa, a nice package from Cornell for guessing fitting functions, and got as a probable fit for the number of points in the convex hull: 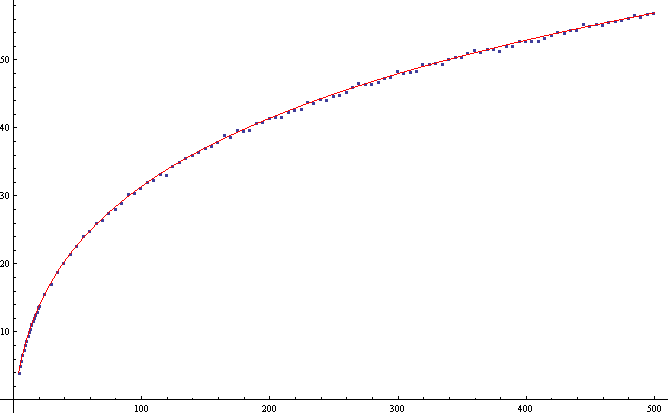 In line with Raskolnicov's answer about the asymptotic behavior. I wasn't able to read the cited paper, though (restricted access)

In the meantime, I have found this article which addresses an even more general issue, namely the same problem but for the interior of a $d$-dimensional polytope.

Not the answer you're looking for? Browse other questions tagged probability geometry statistics geometric-probability or ask your own question.