How many dimensions are necessary to separate two linked tori/ unknot a knotted torus.

At around the one minute mark of this video by Professor Tadashi Tokieda, (See Link: https://www.youtube.com/watch?v=CJBfpvWBmSs&list=PLTBqohhFNBE_09L0i-lf3fYXF5woAbrzJ&index=13)

I have quite a few difficulties when trying to understand this claim. Intuitively, if every coordinate of the torus is given by $(x_1,x_2,x_3)$ then simply by adding one more degree of freedom, $(x_1,x_2,x_3,x_4)$ for example, one can prevent any two arms of the torus from intersecting and thus the torus can be unknotted in $\mathbb{R}^4$.

Is there something that I am missing? Could someone help clarify my misgivings here.

In order to un-knot the toroidal knot presented in the video, we essentially need to make the transformation from the left to the right part of the following immage: 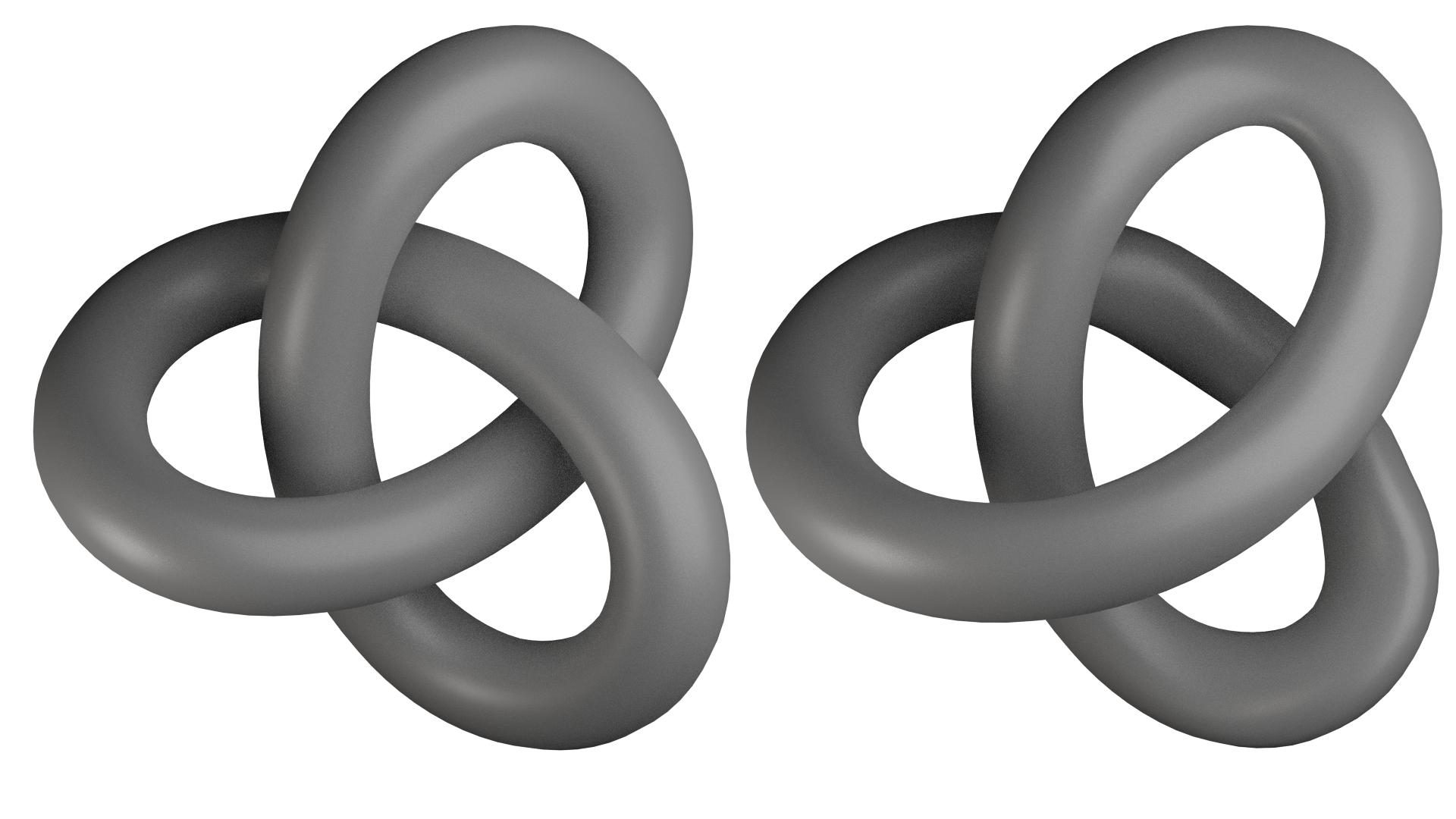 Once we have managed this, it is merely a matter of unwinding the remaining twist, and that is obviously possible.

Note that the above are only two-dimensional images of a three-dimensional situation. However, illustration "tricks" such as lighting, shadows, and occlusion were used in its production such that you can imagine and mentally visualize the full 3d scene. To add a fourth dimension, we need yet another trick: We assign a real number to each point of the surface and identify it with a wavelength in the visible spectrum. In other words, we use colours to represent the fourth dimension. So in a first step, we embed our knot into 4d space by putting it into the "red hyperplane": 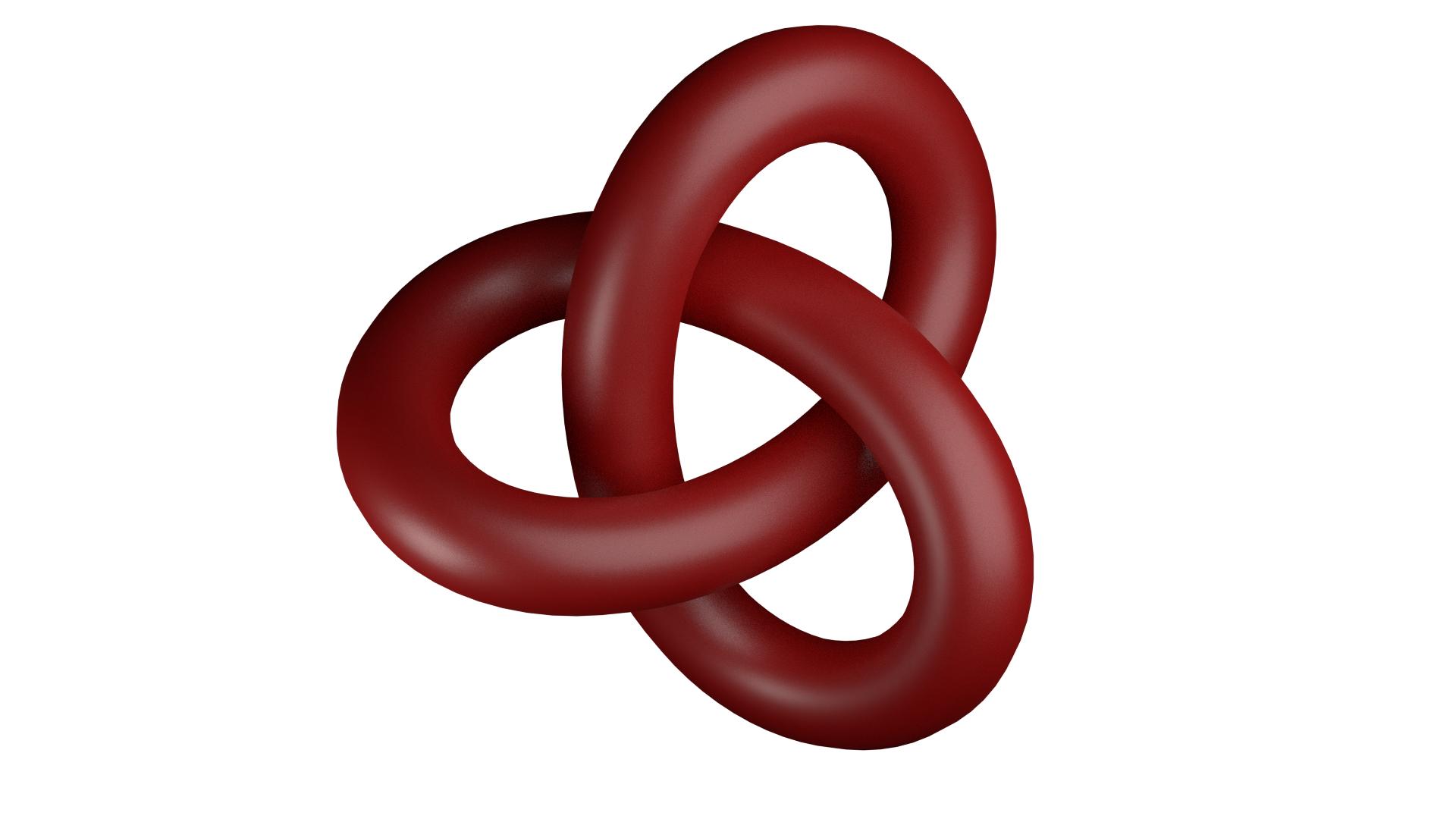 Next, we deform it so that a part of our choice moves to the "blue hyperplane". Continuity dictates that the colour changes smoothly from red via orange, yellow, and green to blue: 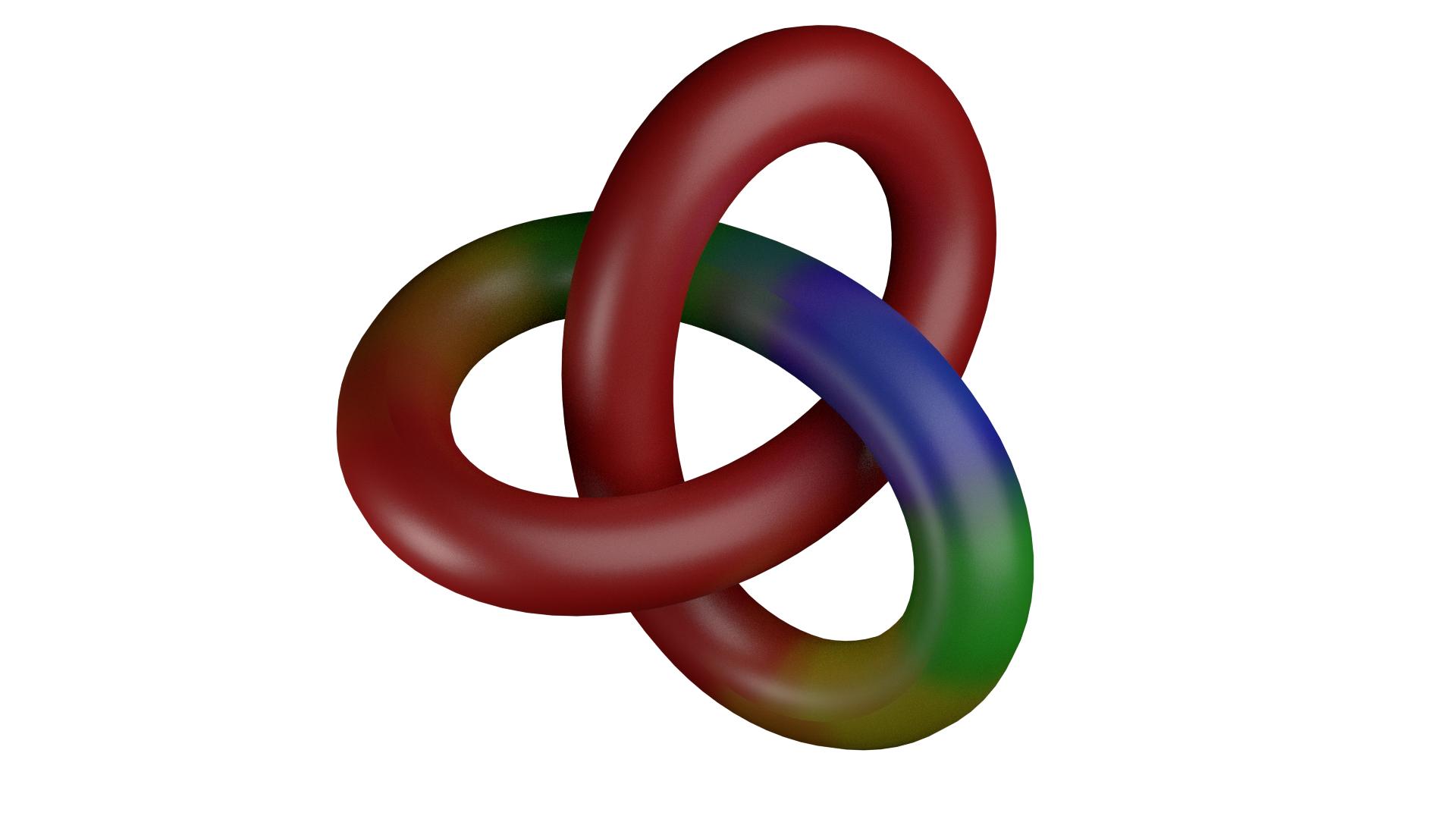 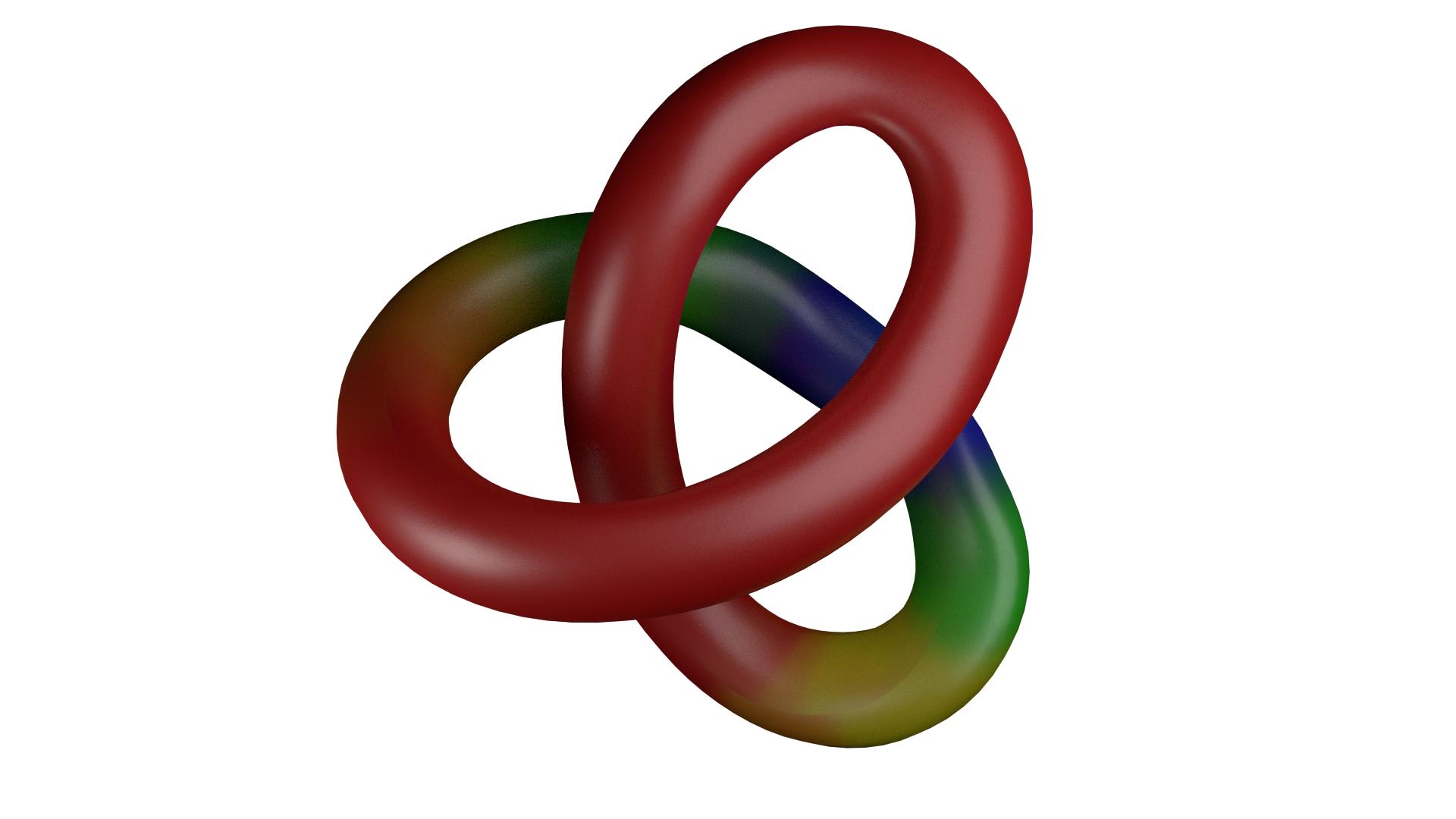 If Tokieda said that tori do not unknot in $R^5$, he was wrong.

Theorem 1. If $M^k$ is a smooth $k$-dimensional manifold (possibly disconnected) then any two smooth embeddings $M^k\to R^{2k++2}$ are isotopic. (This is due to Whitney, if I remember it correctly, with a proof similar to the proof of Whitney embedding theorem.) In particular, there are no nontrivial surface links in $R^6$.

Theorem 3. There are nontrivial 2-component smooth links in $R^5$ whose components are 2-tori. (This is a variation on the Hopf link construction.)

You can read more in this survey by Skopenkov:

Embeddings and knottings of manifolds in Euclidean spaces.

Not the answer you're looking for? Browse other questions tagged general-topology algebraic-topology or ask your own question.

6
Proving two torus maps are homotopic
8
homeomorphism question relating to the topological 3-sphere
1
The torus as a complex variety
2
How are linked rings homeomorphic to seperated links?
0
How to Separate two Separate sets?
3
In topology: Is there a special terminology for a map that is "almost'' a homeomorphism?
1
How to get latitudinal tori using the inverse Hopf map?