I hope someone can point me in the right direction on the following question. 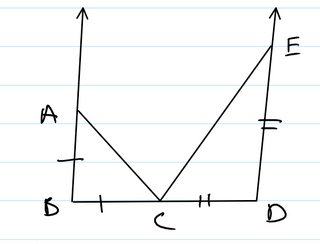 I've determined that $\angle ACE$ does not equal to $90^\circ$. In the diagram there's two triangles which are $\triangle ABC$ and $\triangle CDE$. Both of them are isosceles triangles, because $AB = BC$ and $CD = DE$.

The reason why I'm assuming that $\angle ACE$ does not equal to $90^\circ$ is because $\triangle ABC$ and $\triangle CDE$ is not right angled triangle, because in the question or the diagram it does not state that:

But I also think I might be wrong because $AB\parallel DE$, which would make:

Thank you for time.

Triangles $CDE$ and $ABC$ are isosceles.

Angles $D$ and $B$ are supplementary 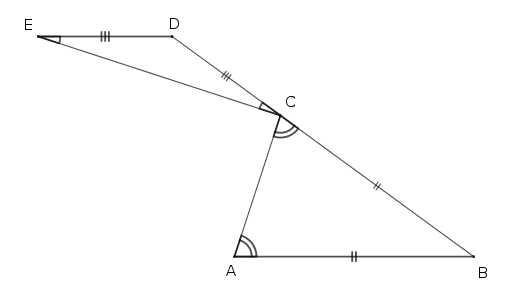