I am interested in properties of regular neighbourhood meshes, but I feel like I'm missing keywords to investigate further. 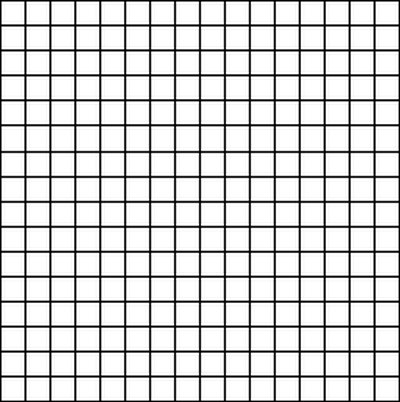 In the 3D world, I only know the square neighborhood well. 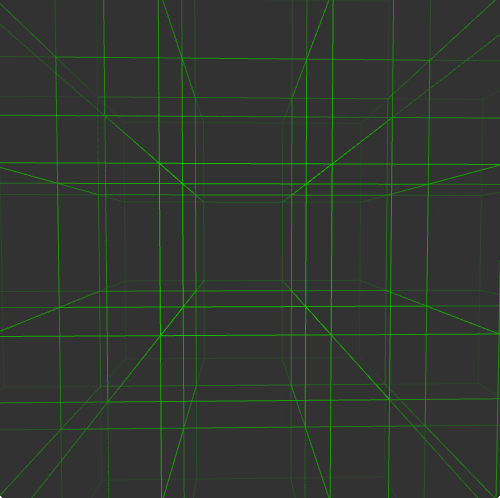 But I don't like how it only offers 6 neighbours and how this last "neighbours neighbouring" feature is not respected.

Is there another regular 3D neighbourhood with more than 6 neigbours per node and featuring "close-neighbours-neighbouring"?

My interpretation of the close-neighbours-neighbouring property is as follows:

For each node, the minimum separation among all distinct pairs of its neighbours is the same as the distance between the node and its neighbours.

Then the fcc lattice (right side of the diagram below) satisfies the two properties, having 12 neighbours per node.

The spaces between the nodes then form the alternated cubic/tetrahedral–octahedral honeycomb. 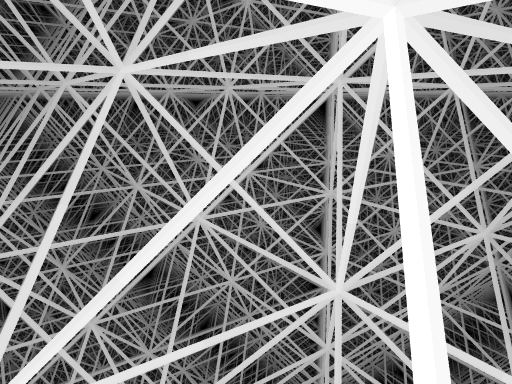 No; my understanding of the "close neighbors neighboring" property is that the cells would have to be tetrahedra, and there is no regular tetrahedral tiling of space.

You can get something close to a tesselation that you want by computing a (dual of a) cetroidal Voronoi tesselation of a region of space. It will be irregular (so will not have perfectly equal distances and angles) of course.

Not the answer you're looking for? Browse other questions tagged geometry 3d tiling or ask your own question.

2
Can a polyhedron, made solely of regular pentagons and regular hexagons, be made with an arbitrarily large number of hexagons?
0
How to find the smallest distance from the south pole where this is travelling is possible?
9
Determine all convex polyhedra with $6$ faces
1
Convergence of the areas of inscribed squares
2
What are the constructible angles and regular/uniform/semiregular/etc polytopes in n-dimensional integer lattices?
6
How many uniform polytopes are there in higher dimensions?
2
Is there some way of proving that this simple pattern tiles the plane? Is a formal proof even necessary?
3
Does every hyperbolic space admit a vertex-transitive 'grid'?
1
Possible polygons in uniform polyhedra