Strange attractors: what is the difference between a map and differential equation system?

As far as I have been able to understand, there are two main ways of generating (or finding) a strange attractor: 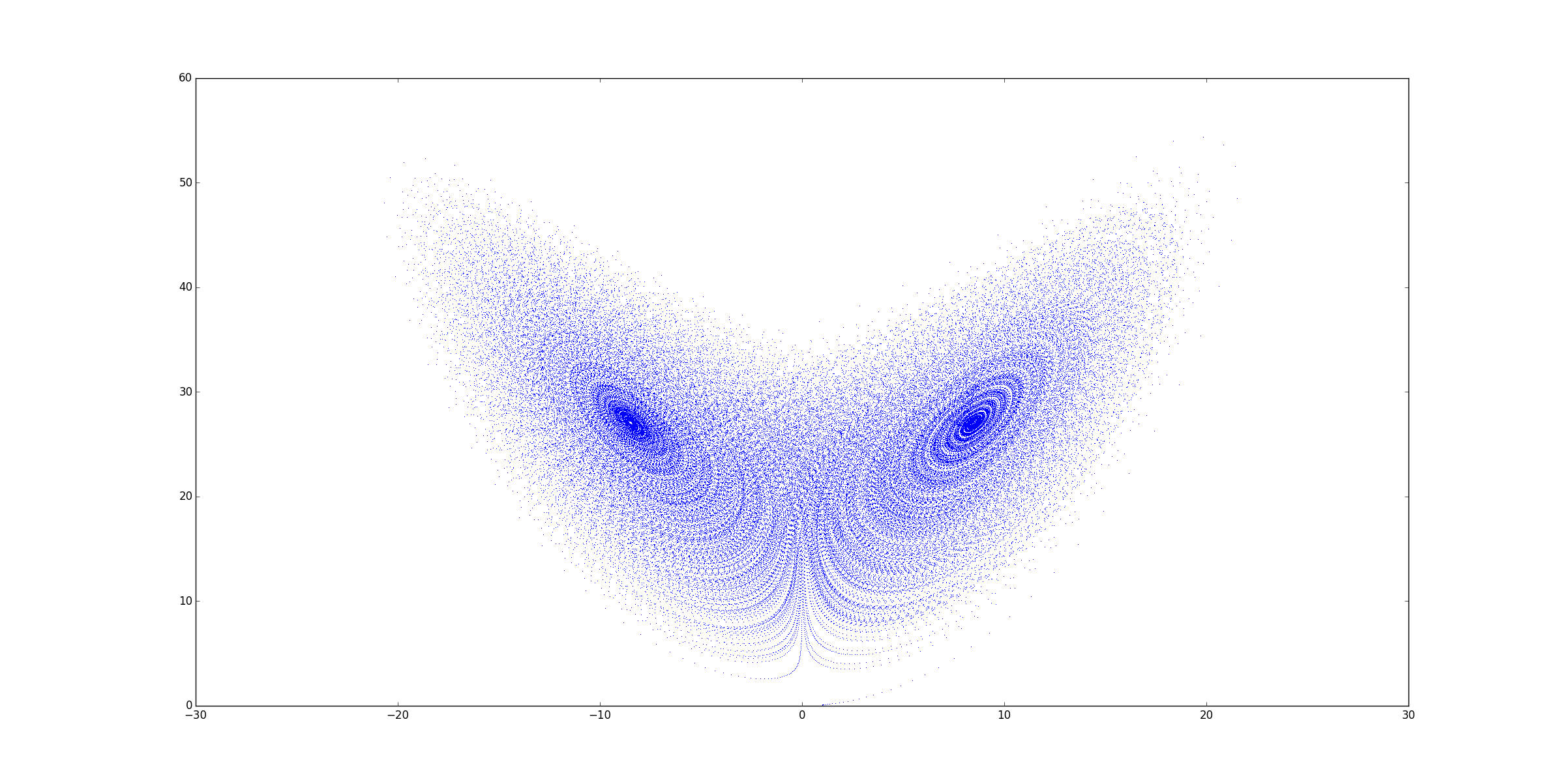 What I do not understand very well is what differences are between a map and differential equations in this respect.

This is what I guess:

are the differences between a map and a differential-equations-based dynamical system more than that?

Well, first of all, there is the practical difference that maps are usually easier to analyse while differential equations are closer to reality.

Of course, some theoretical statements need to be translated. For example you need three dimensions in a differential equation to obtain chaos, while one dimension suffices for maps.

Besides there are some phenomena (like weak ergodicity breaking) that have only been observed in carefully constructed maps, as far as I know.

Can a differential equations system be converted into a map […]?

Sure, whenever we solve a differential equation numerically, we are essentially turning it into a (complicated) map. IIRC, some prominent chaotic maps have been obtained this way, though I cannot name one.

A more sophisticated approach is making use of Poincaré sections, i.e., you consider intersections of the trajectory with some plane or manifold in phase space and the mapping of one intersection to the next. In fact, this is how the Hénon map was obtained from the Lorenz system.

Can […] a map [be converted] into a differential equations system […]?

I can see how for many maps, you could carefully construct differential equations that have the map as a Poincaré section, but what would you gain?

be able to reproduce the same strange attractor (or a restricted version of the same)?

Either way, you would gain or lose trivial properties, e.g., the connectedness of the attractor. Note for example that if you connect temporally adjacent points of the Hénon attractor with lines, they would be all over the place, while this does not apply to the Lorenz attractor.

Not the answer you're looking for? Browse other questions tagged ordinary-differential-equations recurrence-relations dynamical-systems or ask your own question.

13
Dynamical systems and differential equations reviews/surveys?
2
Why can I find Fixed points in a Dynamical System by Setting a map F(x) = x, and with a O.D.E by setting $\dfrac{dx}{dt} = 0$, what is the connection?