I was not able to solve it. Now, I've tried to do some substitutions for $x$ but honestly I don't actually know how to proceed with this integral.

As I have not solved such questions before, I don't know the general direction in which I need to go so I don't know which efforts to include here and which to not.

All I know is that those constants a & b are the source of much of the trouble for me but I don't know how to get rid of them.

I also want to know whether there is only a single way to solve it (which maybe I've not practised enough) or - like many other problems - it can be solved by more than one method.

I would really appreciate if I find different solutions of this problem here but (if you can help it) please don't include any incredibly tough/ esoteric theorems or concepts/ higher-level stuff that I can't be expected to know at my current level. Thanks! 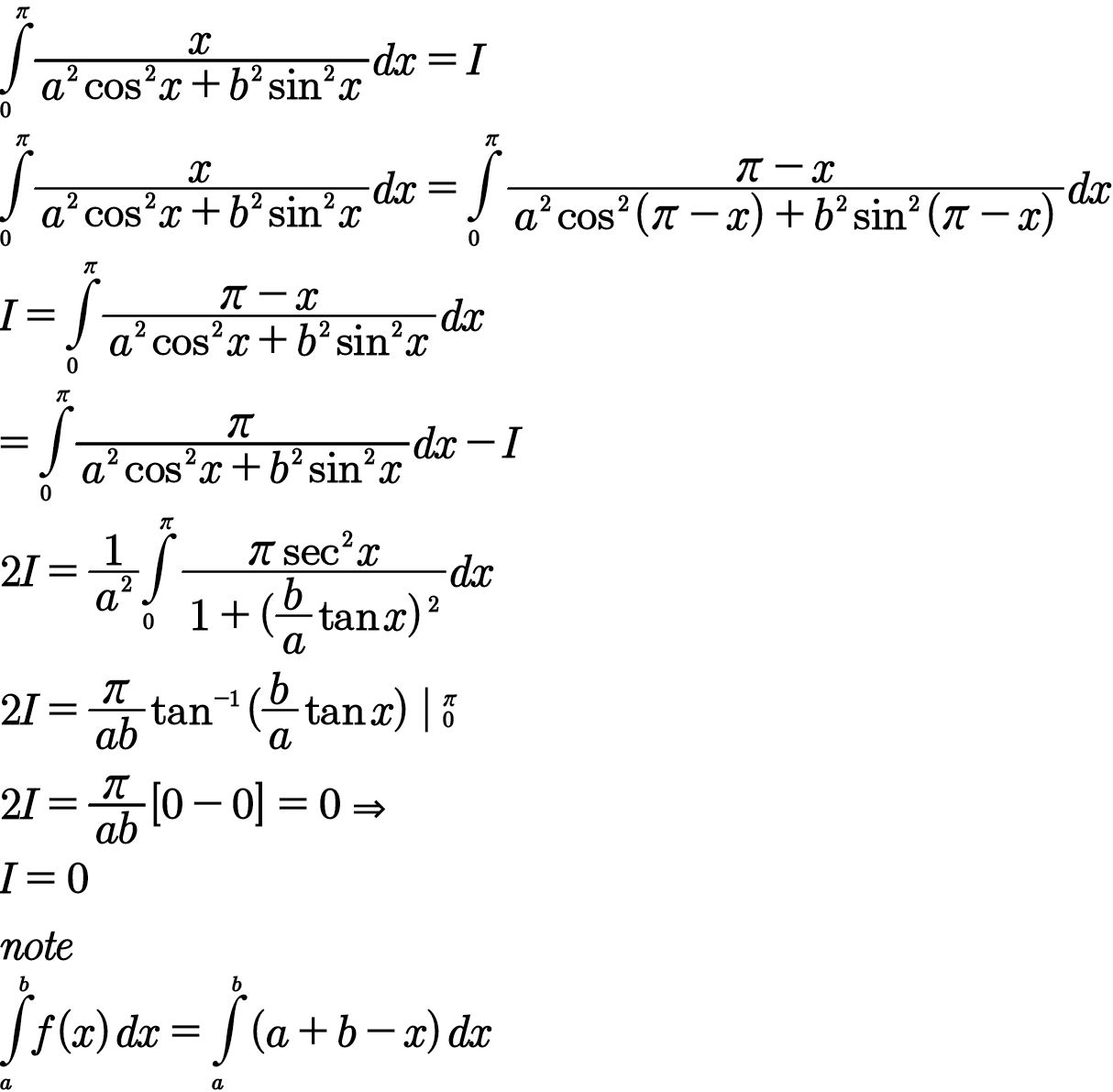 The answer using the famous identity

1
Vector analysis: Calculate the flux of the vector field S