I found the following problem:

Is it possible to partition every convex polygon into a finite number concave quadrilaterals?

The problem is that it is possible to have some weird configurations, and removing a any quadrilateral from the partition may make the resulting polygon non-convex.

What is the answer to the question, and what is the proof?

It is impossible to partition a convex set into a finite number of regular, connected non-convex sets? (Answer: NO)

What happens if we remove the finiteness assumption?

The answer is no. Assume that, on the contrary it is possible to partition a polygon $P$ into non-convex quadrilaterals. Let $n$ be the number of quadrilaterals. Denote by $S$ the total sum of all internal angles of all the quadrilaterals. Since the sum of internal angles of each quadrilateral is $360^\circ$ we have $S=360^\circ n$. However, each of the nonconvex angles has to be in the interior of $P$, hence the sum of angles around the vertex of that angle has to be $360^\circ$. This immediately gives $360^\circ n$ as the sum of angles around such vertices. Since those are not the only vertices (at least the vertices of $P$ will contribute to the sum $S$), we have that $S\gt360^\circ n$ and this is a contradiction. 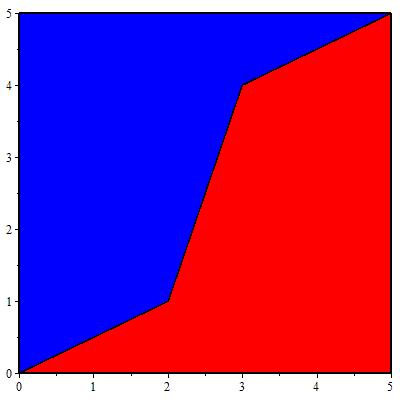 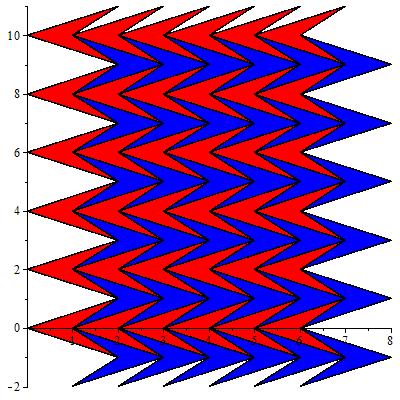 EDIT: Partitioning a triangle into infinitely many concave quadrilaterals. 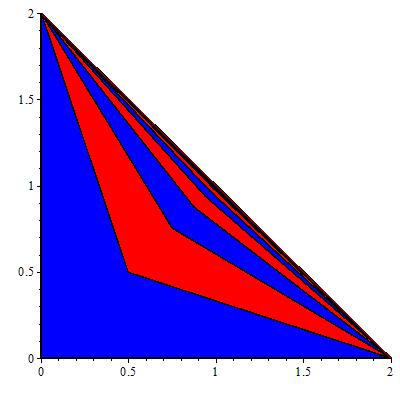