Is this characteristic of Tent map usually observed?

I have observed when simulating a Tent map that its chaotic dynamics and attractor is not dense as that of Logistic map. Moreover, when simulating the Tent map, the plot of time series (plot of $x$ variable with respect to number of iterations) stops fluctuating and no values are observed after n=50. An example is shown in the figure. The image shows the time series plot of the state variable x and the graph is obtained in Matlab. This is only seen for the Tent Map. I have simulated other 1 D and other chaotic systems, but only for Tent map there is no value after a certain number of iterations. I have not found any information regarding such a behavior. Can somebody please tell me why this is happening? The initial value is randomly generated between 0 and 1.

You are experiencing an unfortunate interplay between computer numerics and dynamical systems.

In a binary representation $x$ the signicand part comes with a certain number of bits. Multiplying by two (and mapping the result back into $[0,1]$) shifts those bits, and the last bit becomes zero. When the significand at the starts is represented by 50 bits it becomes identically zero after 50 iterations.

This happens for a couple of dynamical systems where chaos comes from multiplication by 2, 4 ,8,...

On the other hand, $f(x) = 3x \; {\rm mod} \; 1 $ is chaotic in binary representation (at least sufficiently for you to notice the computer errors). Similarly $f(x) = 4x(1-x)$ on $[0,1]$ is chaotic also in binary arithmetics. Indeed multiplying by 4 sets the two last digits to zero, but the product $x(1-x)$ will make these last two digits 'random' again. So apart from the last two digits (being zero) the numbers obtained on computer from $x_{n+1}=4 x_n(1-x_n)$ will appear random (with respect to a certain calculable distribution) when starting from a random initial number in $(0,1)$.

The question was answered, but I would like to give brute force solution based on above answer: increasing precision ( and digits of initial value) moves the problem to higher iterations. 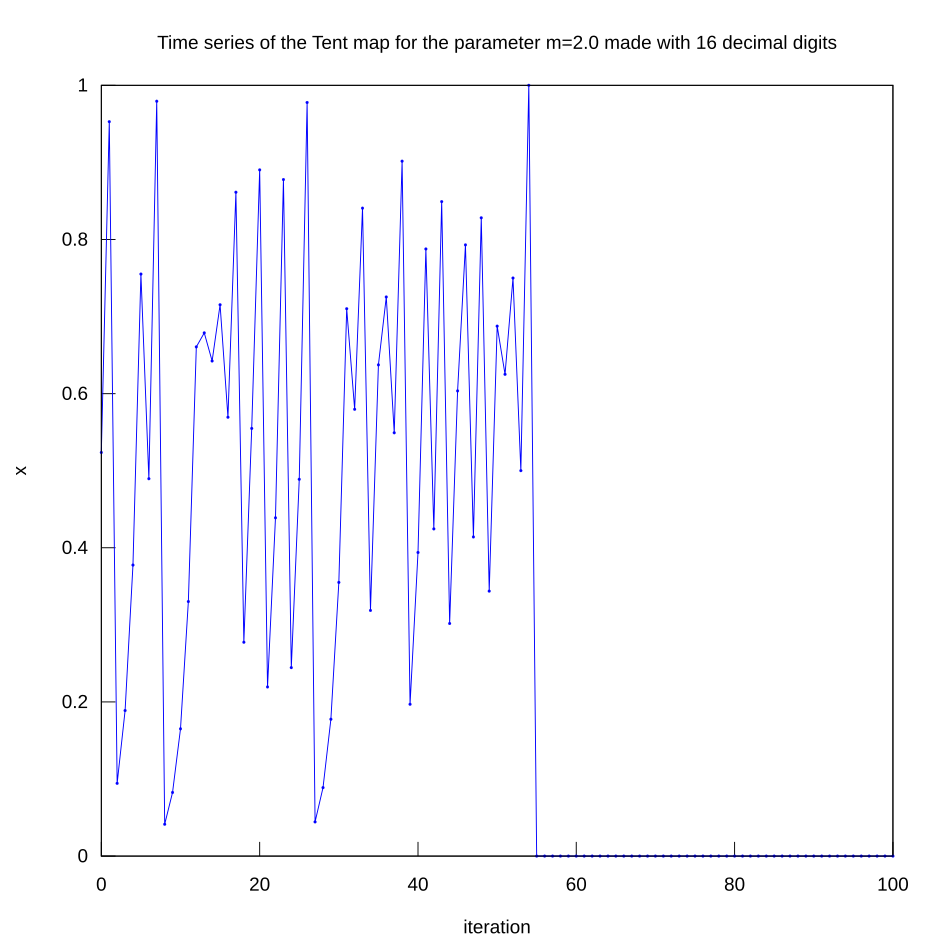 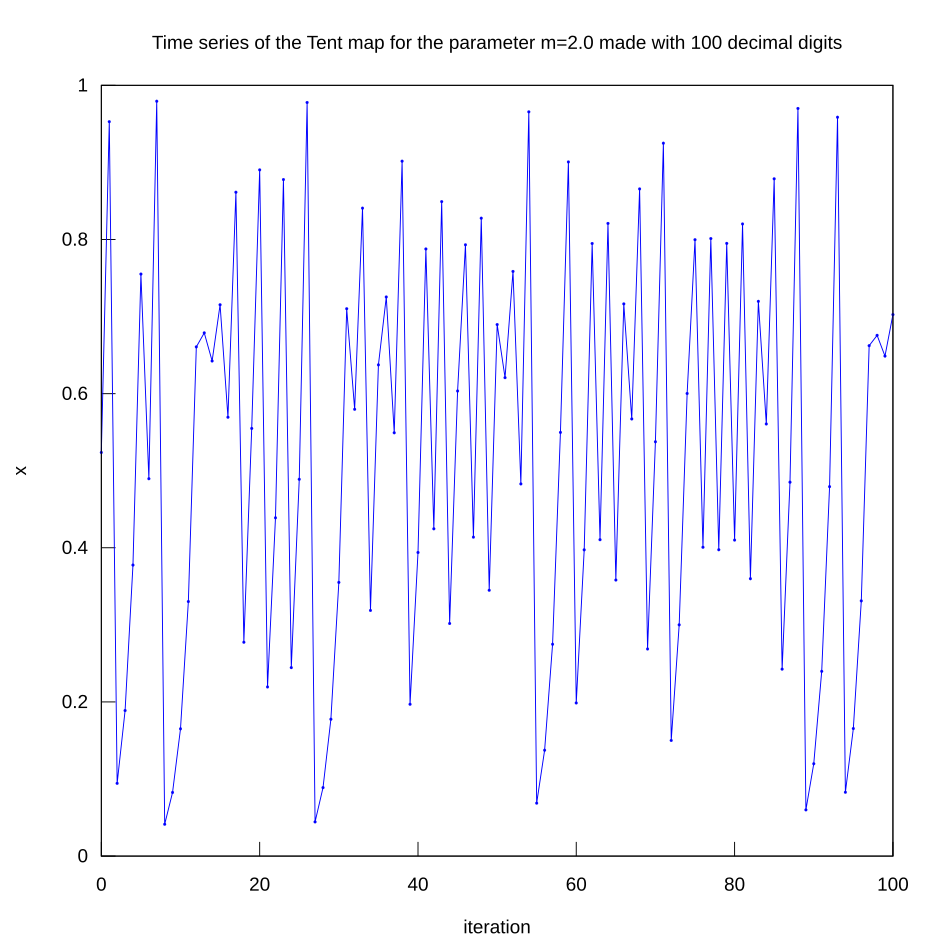 Not the answer you're looking for? Browse other questions tagged numerical-methods matlab chaos-theory or ask your own question.

1
Help in understanding a conjugacy problem
2
$λ=log(2)$ for the tent map – which basis for the logarithm?
3
What type of chaotic behavior is this [picture attached]
1
Using MATLAB to visualize Chirkov Standard Map
0
logistic map with lamba greater than 4
2
Does the set of points where the logistic map is chaotic have positive measure?
1
What is the meaning of volume of dynamical system