Having some additional Fibonacci tilings in my toolbox (see two figures below), I set out to see what else I could find. Thus, I arrived at

These equations can be found online and in the literature (see References). My question is how to derive them from the basic Fibonacci identities. Various attempts rapidly got me nowhere. Specifically, I tried starting with the recursion relation and Cassini's identity.

Here again, I'm at a loss as to how to derive these results. An interesting result accrues if we substitute the first of the above in the second, to wit 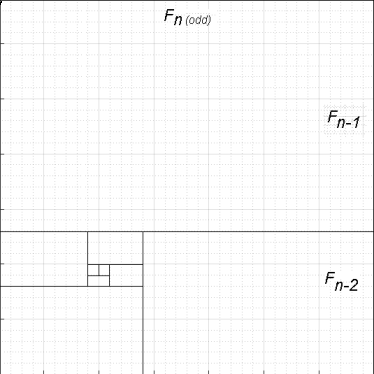 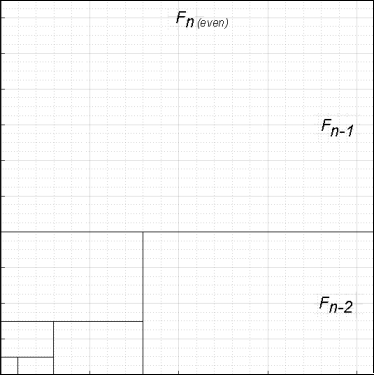 Not the answer you're looking for? Browse other questions tagged combinatorics fibonacci-numbers or ask your own question.