Why is $\exists$ used in the ZFC Axiom of Power Set instead of $\exists !$

I recently obtained an old textbook on the theme Mathematical Structures (in my mother language, Slovenian). The content is truly fascinating, so naturally, after I dug through some of the main concepts, I sought universal applicability, or in simpler words, how the notation ultimately corresponds, regardless of the language in which the different textbooks are written.

To my horror, I quickly found a damming difference between my textbook and the ZFC axioms as presented in this Wikipedia website. The Definition of Power Set in my textbook is such: 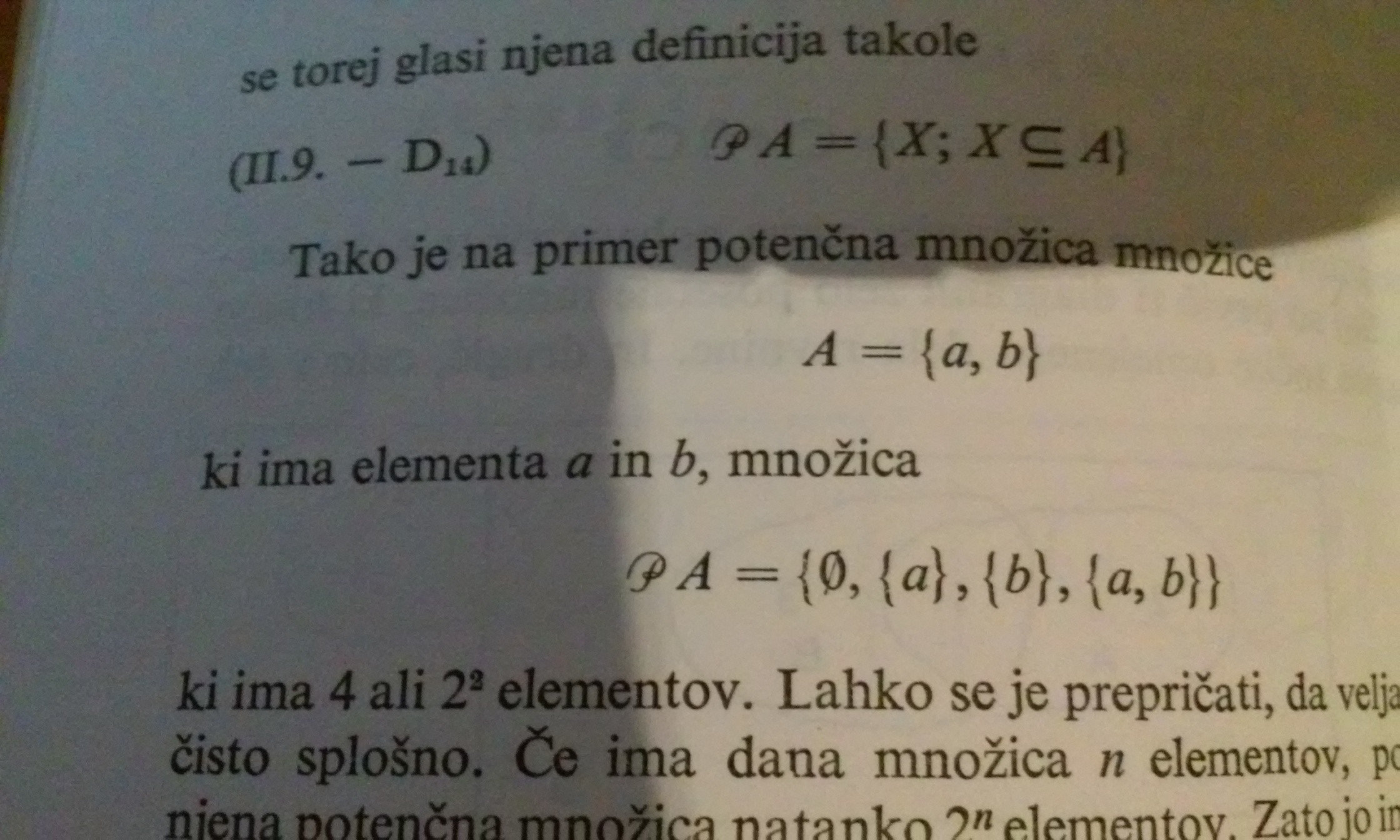 To put it in LaTeX context:

Which we could read as: A Power Set of a chosen set A is a set which consists of all the subsets of set A. As you can see, an example is given in the photo I provided as well. Up to this point, everything is normal. But for the existence of a Power Set, we have to propose a special axiom, which ensures a non-contradictory framework (so Cantor sets won't be a problem): 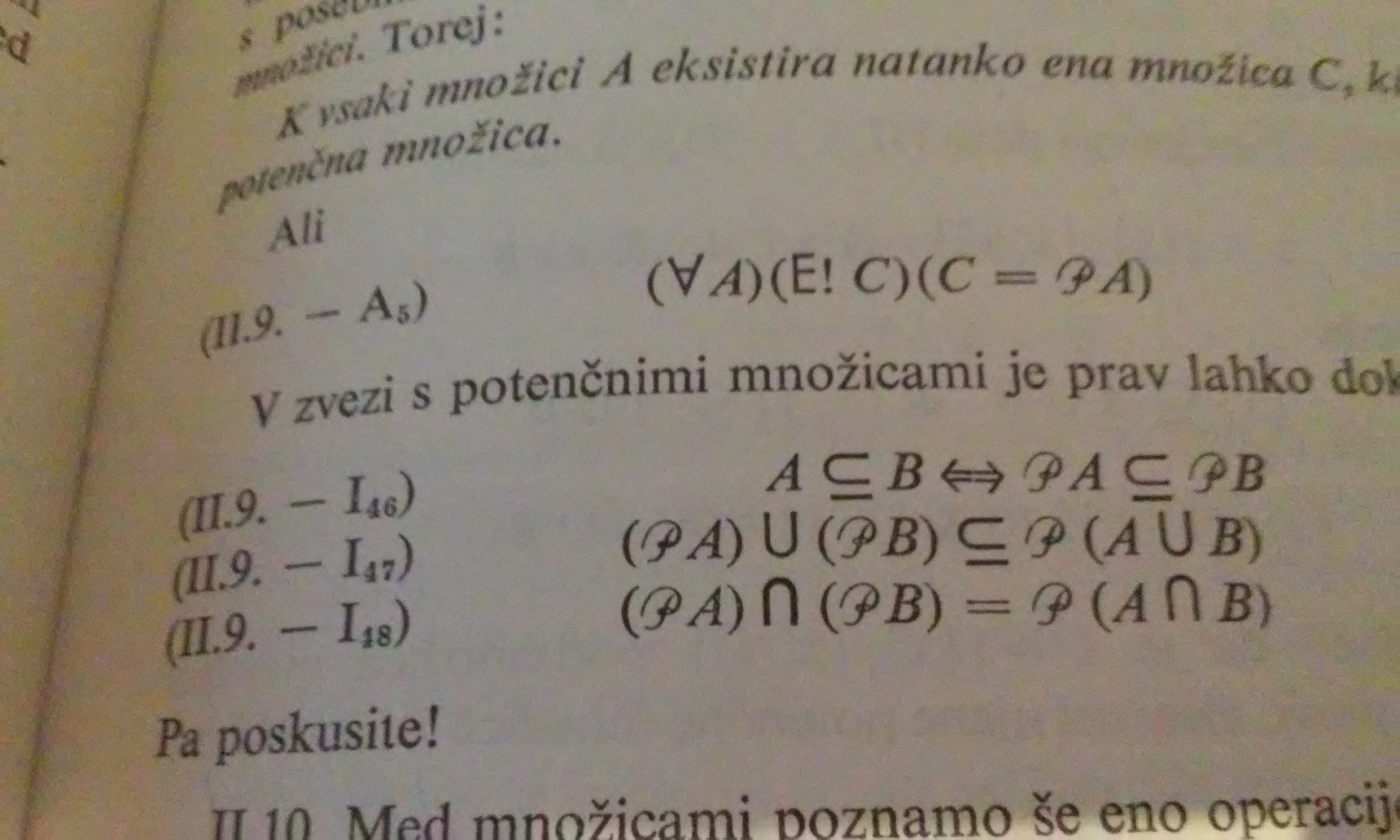 Once again, a LaTeX equivalence:

We read: For a given set A, there exists precisely one set C such that set C is the Power Set of set A. I find the little detail in this axiom that is $\exists !$ absolutely necessary, as there mustn't exist multiple modules of one set that derive from one definition. However, the Wikipedia page about ZFC axioms proposes this:

Which, put in words, gives: For every set X, there exists a set Y, such that for every set Z follows that if Z is a subset of X, then Z is an element of Y. At first glance, this axiom is even more elegant than the one found in my textbook, as it uses three sets and doesn't immediately assume their origin. But I am very bothered by the fact that the operand is not a $\exists !$, rather a $\exists$, thus not excluding a possibility of multiple Power Sets, at least it seems so.

Please help me. Though I have a hypothesis as to why this is so, it is NOT straight-forward: My initial thought was that the operand $\exists !$ was not needed in the Wikipedia page, because the definition of a power set was wider, therefore making the specification obsolete. Answers, criticisms and remarks are welcome. Cheers!

EDIT: Please ignore the fact that the author used old mathematical notation (e.g.: the old equivalence of $\exists !$ is $\mathsf{E} !$). Rest assured that all of the symbols mean the same as new notation.

There are two reasons:

6
Does the definition of countable ordinals require the power set axiom?
1
What relations compose the language of ZFC?
0
Why is the axiom of union harmless?
2
How does ZFC solve the problem of alphabet in formal languages?
1
Can one formally introduce set-builder notation in ZFC?
5
Using ZFC axioms, prove that the set $\{ \emptyset \}$ exists.
1
Existence of subsets in ZFC without the Axiom of Power Set
0
Set Existence Within ZFC