However, I do not really understand the meaning of ``The SNs are assumed to be uniformly distributed in the Poisson-Voronoi cell of their serving BN".

Can someone elaborate this explanation much simpler way?

I am not sure if someone can help me of coding this one (matlab) to get such figure. 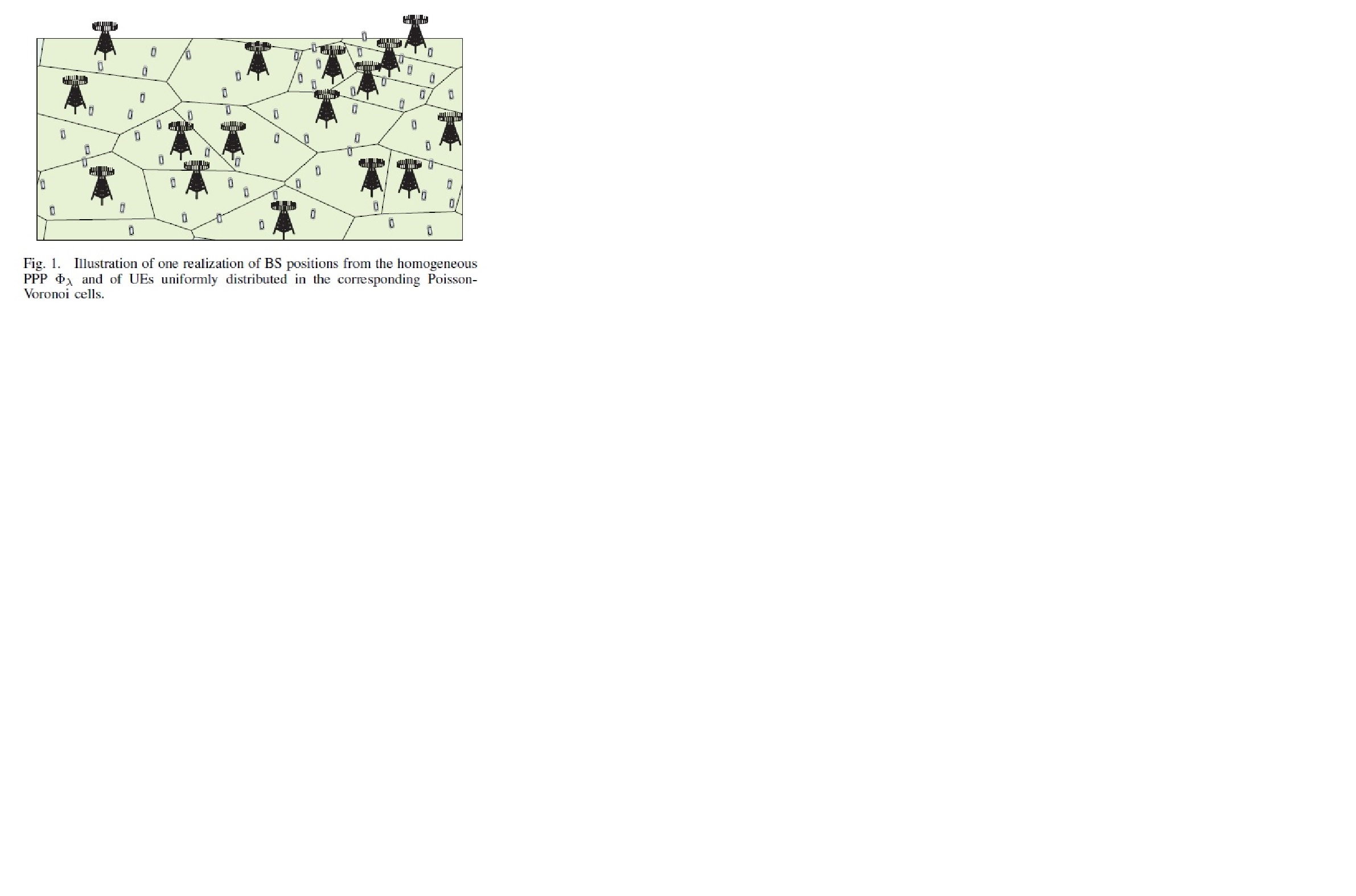 By "uniform", they mean that the point does not tend to exist more often in some regions (of each Voronoi cell) than others. In Cartesian coordinates for a rectangular cell, this means that the x and y coordinates are independent uniform random variables, say X and Y.

It's relatively straight forward to place a point uniformly on a simple geometric object, such as a rectangle, disk, or triangle. Those links are for pages that detail how to simulate Poisson point processes, but to do that, each point is placed uniformly.

But it is a bit more complicated to do it for a general Voronoi cell. Here are two possible methods.

Then for that single triangle, uniformly place a point on it (there are expressions for this; see below). Repeat for all (bounded) Voronoi cells.

The topic of placing a single point uniformly on a general triangle is discussed in this StackExchange post; see that for suggestions of proof. For the formulas, it cites the paper "Shape distributions" by Osada, Funkhouser, Chazelle and Dobkin, where no proof is given. Discussions on this problem can also be found here and here.

For Method 2, I have uploaded some code in both MATLAB and Python (using SciPy and Numpy). The main random placement functions are located respectively in the files funVoronoiUniform.m and funVoronoiUniform.py.

Not the answer you're looking for? Browse other questions tagged uniform-distribution poisson-process or ask your own question.