What is the theorem of Bliss?

I just saw this from a book. What is the real life application of it? 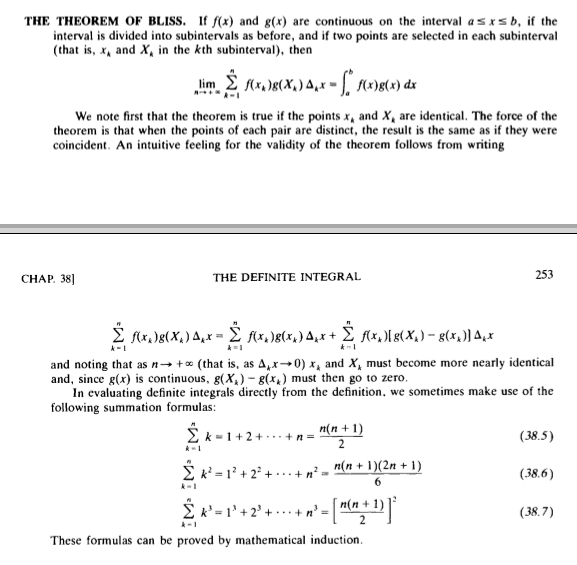 First thing that comes to mind is this: assume there is continuous function $f$, of which you are asked to calculate numerically the Fourier coefficients over $[a,b]$.

Of course, this specific instance could be done with other theorems, but the idea adapts to the more general case when $f_\sigma^s$ is just one value which $f$ takes in $(x_\sigma^{s-1},x_\sigma^s)$, rather than exactly the average. And not knowing exactly the value of a function at some point, but rather one at a very close point, is quite common in applications.

12
what is the use of derivatives
1
How can we relate calculus, trigonometry etc in real life
3
Binomial theorem.
0
What does 1° mean?
2
What is the significance of this equation?
1
Consequence of Implicit function theorem?