Is there anything special about intersection points of vesica pisces circles on a triangle?

On each pair of vertices of the triangle, place a pair of vesica pisces circles with the properties that each circle 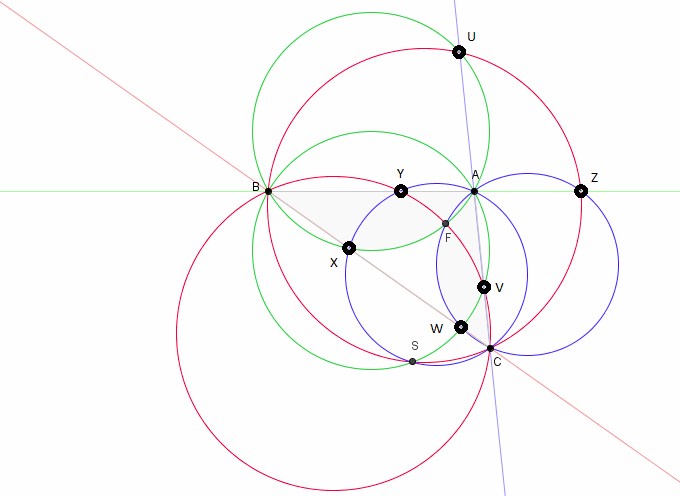 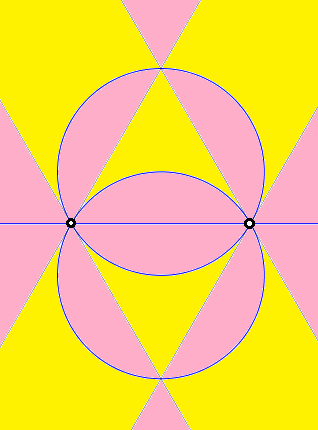 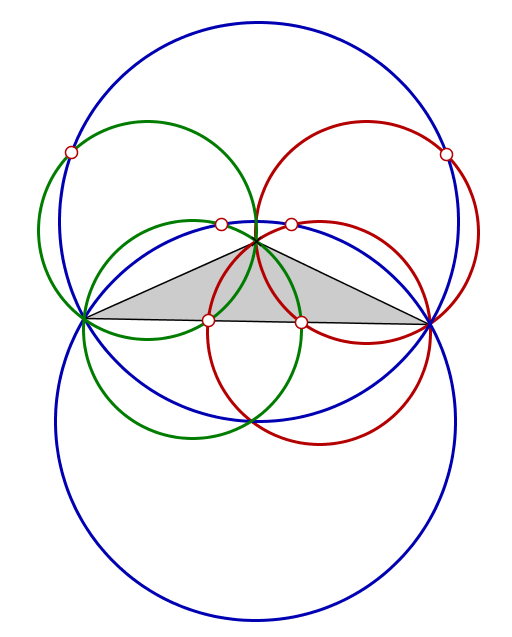 As that vertex moves outside the vesica, there can be four intersections, two on the opposite side and one each on the adjacent sides: 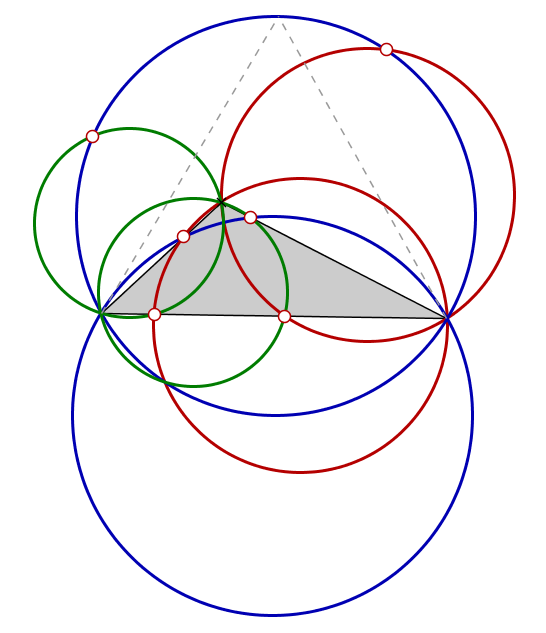 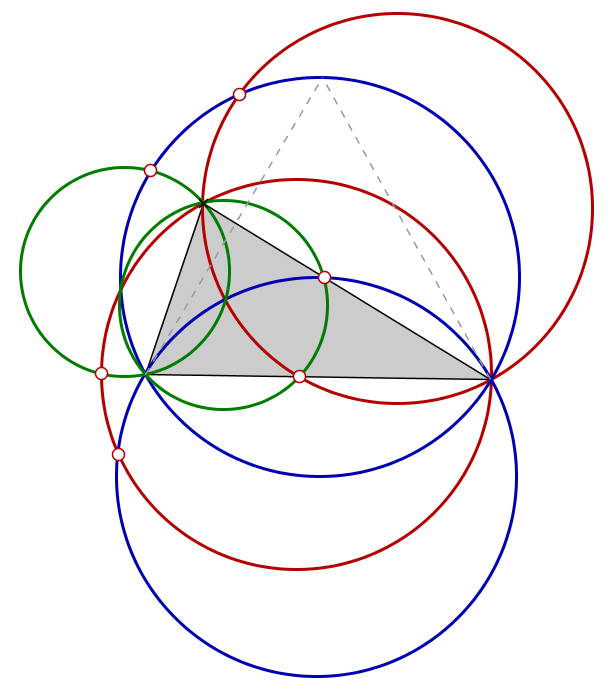 As the vertex moves to the circle defining the vesica, the exterior intersections merge and there are still two intersections on the triangle: 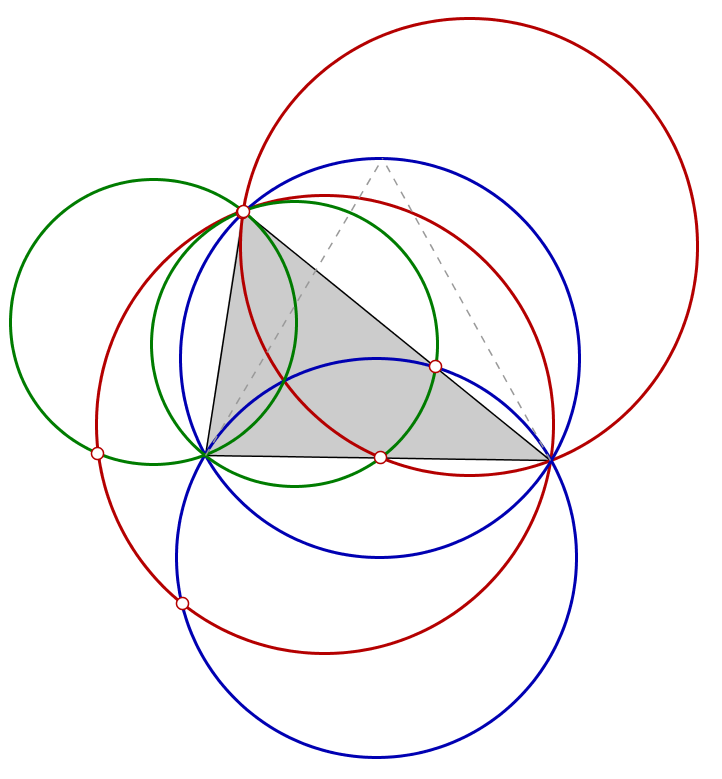 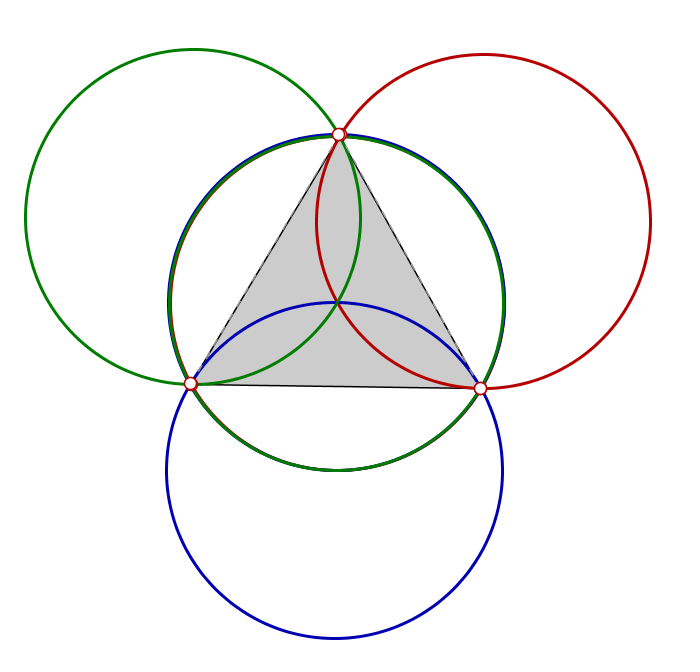 As the vertex moves outside the circle defining the vesica, there can be four intersections: 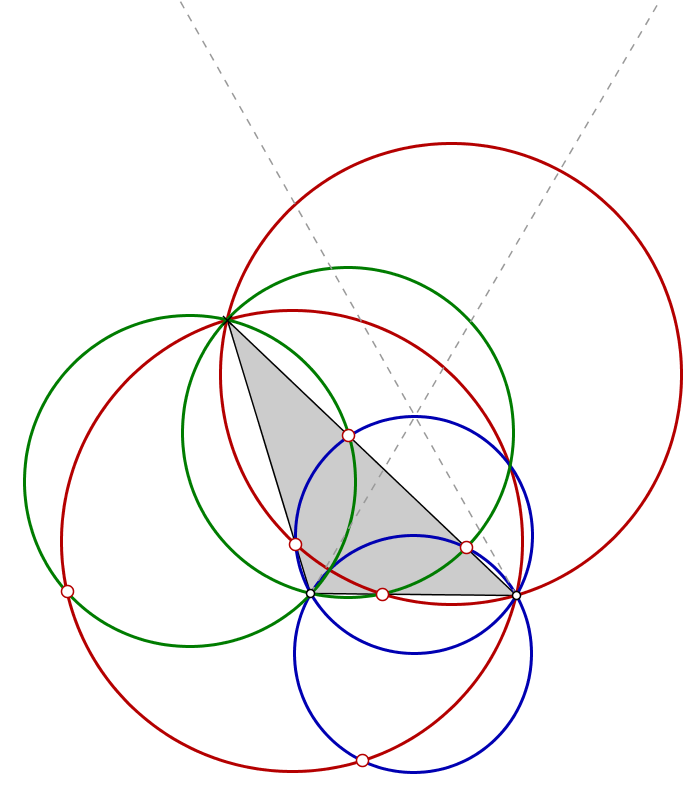 ...but only two if the vertex is inside the dashed lines indicated.

2
Is the Torricelli/Fermat point unique?