In one of my lectures today we paused at the term abelian and noted that it is an incredibly high honor to have an adjective with the first letter uncapitalized (apparently other countries leave the first letter capitalized) based on one's name. Other than abelian, the only other examples that were mentioned were noetherian and artinian. Are there other examples?

Killing form - here you might not even be aware that it is based on a name :)

(At the other end, I learned that some native English speakers think that eigenvalues are possibly named after some Karl-Friedrich Eigen guy)

Hermitian is an example: those matrices whose inverse is its conjugate transpose.

Of course, many objects bear mathematicians' names alone just as an adjective (see Duncan's example on topological spaces). We also have Eulerian paths and Hamiltonian circuits, as well as Lagrangian interpolating polynomials.

When I first learned abstract algebra I wondered what ethers were that a noetherian ring had none of. (Later I was on the faculty at Bryn Mawr where a colleague used Emmy Noether's desk.)

And of course there's "algorithm":

The words 'algorithm' and 'algorism' come from the name al-Khwārizmī.[61] Al-Khwārizmī (Persian: خوارزمی‎‎, c. 780–850) was a Persian mathematician, astronomer, geographer, and scholar in the House of Wisdom in Baghdad, whose name means 'the native of Khwarezm', a region that was part of Greater Iran and is now in Uzbekistan.[62][63] About 825, he wrote a treatise in the Arabic language, which was translated into Latin in the 12th century under the title Algoritmi de numero Indorum. This title means "Algoritmi on the numbers of the Indians", where "Algoritmi" was the translator's Latinization of Al-Khwarizmi's name.[64] Al-Khwarizmi was the most widely read mathematician in Europe in the late Middle Ages, primarily through his other book, the Algebra.[65] In late medieval Latin, algorismus, English 'algorism', the corruption of his name, simply meant the "decimal number system". In the 15th century, under the influence of the Greek word ἀριθμός 'number' (cf. 'arithmetic'), the Latin word was altered to algorithmus, and the corresponding English term 'algorithm' is first attested in the 17th century; the modern sense was introduced in the 19th century.

Wrong part of speech, but I'm fond of Bezoutiant. [Maybe Bezoutian is more elegant, but the form I'm fond of has the T at the end.]

Alas, these all have capital letters. One might think a schlicht function was eponymous (there are mathematicians called Schlicht) but not so.

This is off topic, but back in the day, while dumpster diving for profs' discarded offprints, I found an offprint for a paper with a title like "On the Poynting Vector of Cosmic Love Waves". I think Haight-Ashbery was just becoming a thing then, and the title tickled my fancy.

Changing the topic to eponymous monstrosities, we have Rao-Blackwellization. (A swell concept, which might otherwise be called Jensenification, if I had any say in the matter.)

Changing topix yet again. I have just learned that there are entries for people with these surnames in the Math Genealogy database: Eigen, Star, Strong, Stronger, and Null. So they are like Schlict: non eponyms of strong topoogy, stronger topology, and null set.

I guess riemannian and gaussian work here. In French "galoisien" stands for Galois.

Topological spaces can be Tychonoff, Hausdorff, Frechet, Kolmogorov, and Urysohn, all of whom were pioneering topologists. Probably the most common one to hear is Hausdorff, in sentences like "A locally Euclidean, 2nd countable, Hausdorff space is a manifold".

...and surely Bourbaki got something named after him....?

Thomas Bayes (/ˈbeɪz/; c. 1701 – 7 April 1761)[2][3][note a] was an English statistician, philosopher and Presbyterian minister who is known for having formulated a specific case of the theorem that bears his name

Is it the case that the only eponymous concept among all of Erdős's myriad contributions in over $1500$ papers is the Erdős number? 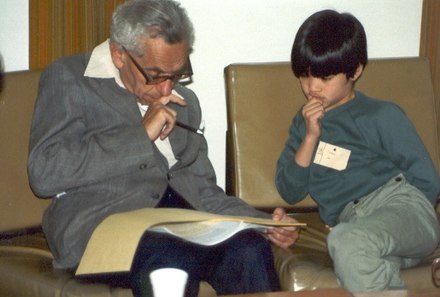 Not the answer you're looking for? Browse other questions tagged soft-question math-history big-list or ask your own question.

26
Mathematical concepts named after mathematicians that have become acceptable to spell in lowercase form (e.g. abelian)?
11
Criterion for using “Riemann” or “Riemannian” in terminology

17
Arxiv - what should I expect
65
Theorems' names that don't credit the right people
3
Mathematician's names in structures.
35
“Stick it to the man!” Mathematical discoveries that resulted in persecution.
10
Mathematical results that were generally accepted but later proven wrong?
1
What math objects were named long after their discovery?
1
How have famous sequences/numbers often gotten their names from people who ‘discovered’ them?
3
Mathematical discoveries that have occurred by cleverly linking two initially unrelated topics?
1
Famous or common mathematical identities that yield $1$