I'm really curious to see what people have to say about this because I think it's rather interesting.

when messing around with modulo on the Desmos Graphing Calculator, I noticed something. Whenever I did something like:

I would get a graph that looked like this: 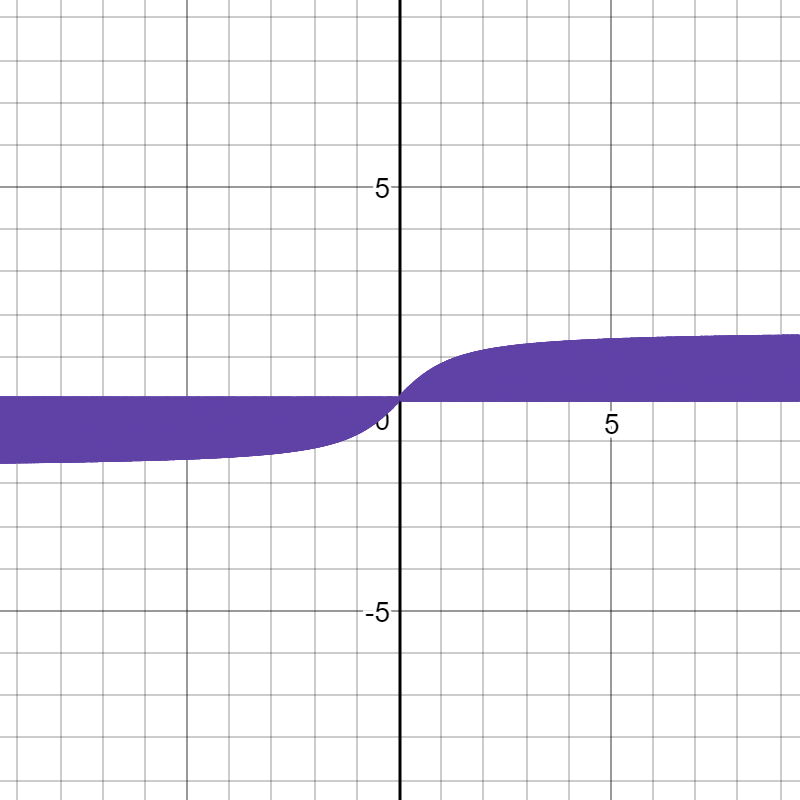 It reminded me of the integral of arctan(x). It does not cross the line for arctan(x) whatsoever. The larger the first number, the more solid the "area" would be. Of course, when you zoom in, the function would appear as near-vertical lines. So my question/thought is what would happen if it you did:

Also, if you wanted to see the "area" of the function with the y-axis, make an equation:

Do you think this is at all related to the actual area under the curve, or is it just a coincidence?

PS: I'm still new to MathJax, so any suggestions would be very appreciated!

Not the answer you're looking for? Browse other questions tagged calculus integration modular-arithmetic or ask your own question.

1
Proving an equality on $\arctan x$
5
How to deal with negative exponents in modular arithmetic?
4
Possible alternative for finding the Area under the floor function (aka, the integral of floor(x))
9
How do I solve an exponential equation like $2^x-3^x+4=0$?
1
Find the area of $y = 12-x^2, y=x^2-6$
5
Two holes in the graph when dividing polynomials?
2
Representation of $x \bmod a$ with Trigonometric Functions
0
Do the turning points of the repeated integrals of ln (x) trace out a logarithmic curve with respect to the y-axis?